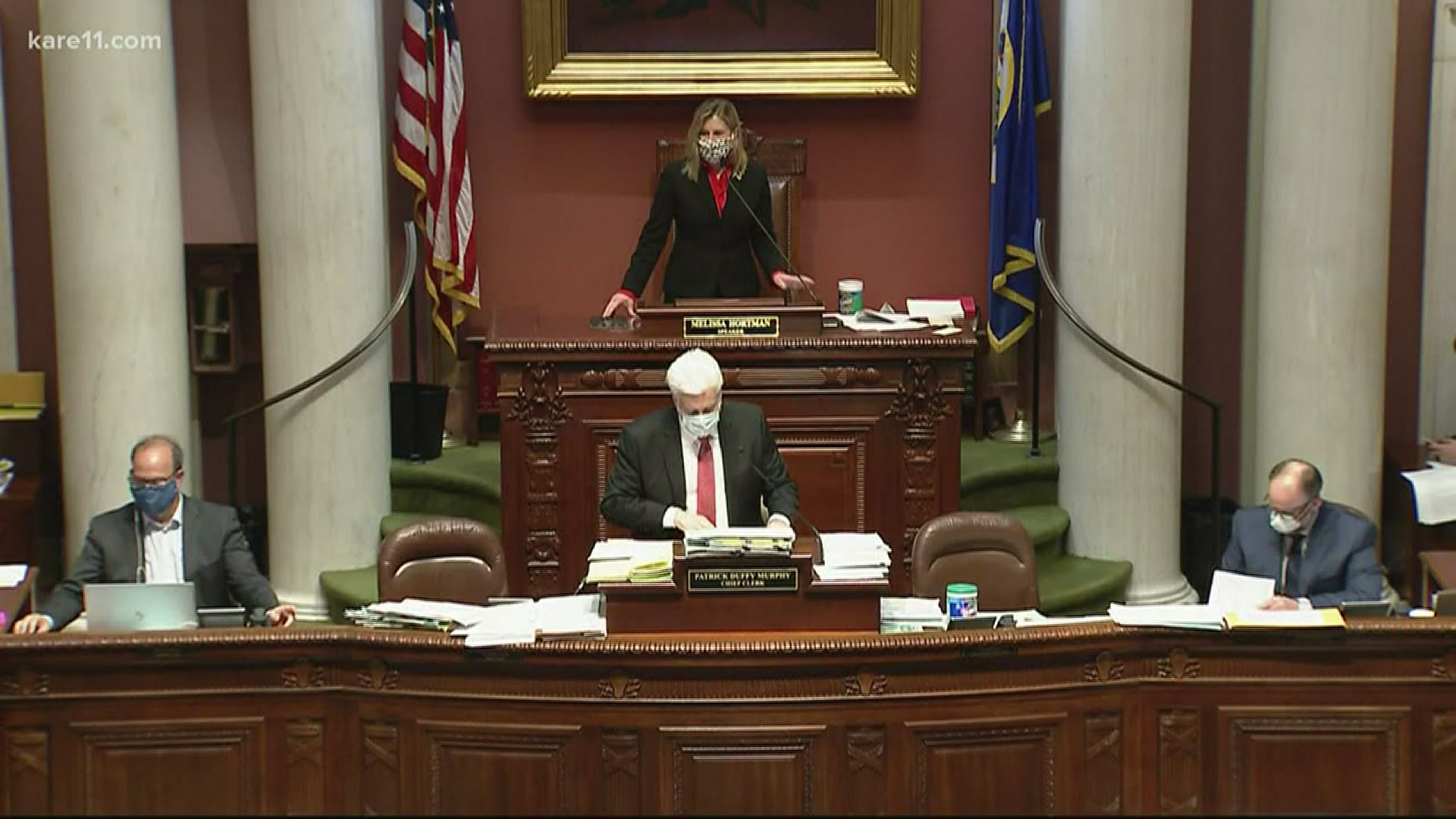 MINNEAPOLIS — The Minnesota Legislature on Tuesday approved a long-awaited insulin affordability bill championed by the mother of an uninsured Minneapolis diabetic who died because he was forced to ration his supply of the drug.

An early version of the proposal nearly passed the Legislature last spring but a compromise fell apart in the final hours of the 2019 session. Disputes over who should pay and opposition from the pharmaceutical industry had been sticking points in negotiations since then. But a deal finally came together last week in talks between Senate Republicans and House Democrats.

“It's been an emotional roller-coaster for the last 15, 16 months, I'll tell you that," said Nicole Smith-Holt, the mother of Alec Smith, who took up the cause after he died in 2017 at age 26.

Smith was rationing his insulin because he couldn't afford the $1,300 per month he needed for the drug and test supplies after he aged off his mom's insurance. Diabetics and activists testified during hearings that rationing is a common but dangerous strategy among those who lack sufficient insurance coverage.

RELATED: Minnesotans back on the road to Canada in search of #Insulin4All

“Ultimately what this bill says to Minnesotans is that, if you need insulin to live, you can get it at a price you can afford,” said Democratic Rep. Michael Howard, of Richfield, the chief House sponsor, who paid tribute to the determination of Smith-Holt as she watched from the House gallery, wearing a mask and sitting alone in observance of social distancing rules amid the coronavirus pandemic. Most lawmakers voted remotely. Some of the relatively few representatives present on the floor also wore masks.

The scene was similar in the Senate, where Smith-Holt also watched from the gallery as the lead sponsor, Republican Sen. Scott Jensen, joined with his colleagues in honoring her determination.

The bill establishes two safety nets for insulin-dependent diabetics. One provides for emergency 30-day supplies for those who don't have sufficient coverage for a $35 copayment. The other provides ongoing supplies for residents whose family income is less than 400% of the federal poverty level with a similar lack of drug coverage. That works out to about $50,000 for an individual or about $100,000 for a family of four. Copays would be $50 for a 90-day supply. Manufacturers are required to cover most of the costs for both approaches.

Smith-Holt said in an interview that she and her fellow insulin activists didn't get everything they they wanted. While they wanted the bill to provide 90-day emergency supplies, the final version specifies an initial 30 days with an opportunity for an additional 30 days. Also, they weren't happy with the requirement to provide an official Minnesota identification card, which could exclude some non-citizens.

“I'm grateful we got to the point where the two sides were willing to compromise,” she said. “It's not a perfect bill, but it's going to save lives, that's for sure. Overall I'm happy with it.”

Getting the bill across the finish line when lawmakers have been preoccupied with the COVID-19 public health crisis was no small feat, but Smith-Holt said the pandemic added to the urgency. Diabetics are feeling “double the pressure” because many have lost jobs due to layoffs and must stretch their dollars to cover rent and their medicine, she said.