Yin and about 170 other Americans were evacuated out of China Wednesday morning on a chartered cargo plane. 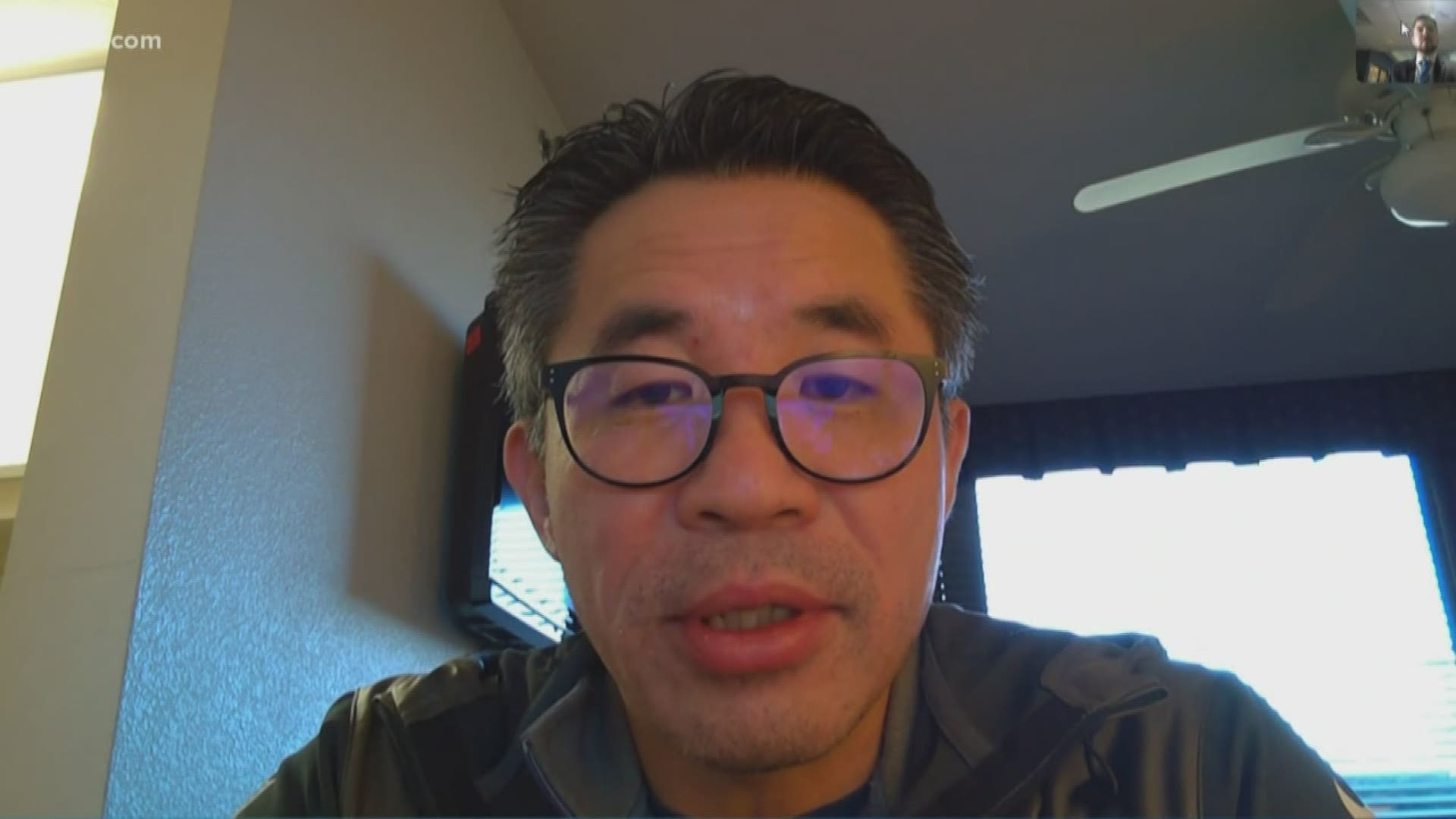 MINNEAPOLIS — What started out as a simple trip to see his parents over the Chinese New Year, quickly turned into an international dilemma for Yulin Yin.

"I had not been back for Chinese New Year in 20 years. I was really excited to go home," Yin says.

Yin works in the IT industry in Minneapolis, but he grew up in Wuhan China, the center of the coronavirus outbreak.

He now finds himself quarantined at a military base near San Diego.

"I feel lucky I'm back in the United States,” Yin says. “It’s been a roller coaster ride.”

Yin and about 170 other Americans were evacuated out of China Wednesday morning on a chartered cargo plane.

According to Francesca Torriani, program director of infection prevention at UC San Diego Health, and Dr. John Bradley, medical director, infectious diseases at Rady Children's Hospital said: "there is no threat to the public."

"No health care workers who followed precautions by World Health Organization (WHO) and the Centers for Disease Control and Prevention (CDC) have fallen ill," Torriani said.

Yin says he’s feeling fine and isn’t showing any symptoms of the virus, but will remain quarantined for the next 14 days as a precautionary measure. If one of the four patients have been infected, Yin said he doesn't know how long he will have to be quarantined.

"I think I will go jogging,” Yin laughs. “I think my work will send me my laptop so I can start working next week.”

So, how did Yin get here?

Well, Yin flew into Wuhan back on January 20th.

Yin says he knew about the Coronavirus situation in China but didn’t understand how serious the situation was at the time.

And being that his parents live on the outskirts of Wuhan, several miles from where the virus was first discovered, he thought he’d be safe.

But just two days into his trip, the entire city was on lockdown.

Yin says most people stayed indoors, afraid to go outside, turning a city of 11,000,000 people into a ghost town.

"It almost reminded me of the sci-fi film “The Day The Earth Stood Still.” It was almost like, so surreal. Very strange, eerily strange,” Yin says.

He spent the Chinese New Year with his parents in their small apartment, wondering when or if he'll be able to get back home.

RELATED: Chinese doctor who raised alarm on coronavirus dies from the illness

His wife reached out to a few senators and a few officials with the state department, and got him a seat on the first evacuation flight out.

"I really appreciate the help I got from the U.S. government and our representatives," Yin says.

If no one in his group shows symptoms of the virus, Yin says he should be able to go home in two weeks, but if someone gets sick, he doesn't know how long his quarantine could last.