Minnesotans divided on racism as a public health crisis

Blue Cross Blue Shield of Minnesota conducted a poll and found the divide in health equity not only exists but the divide in how it's viewed exists too. 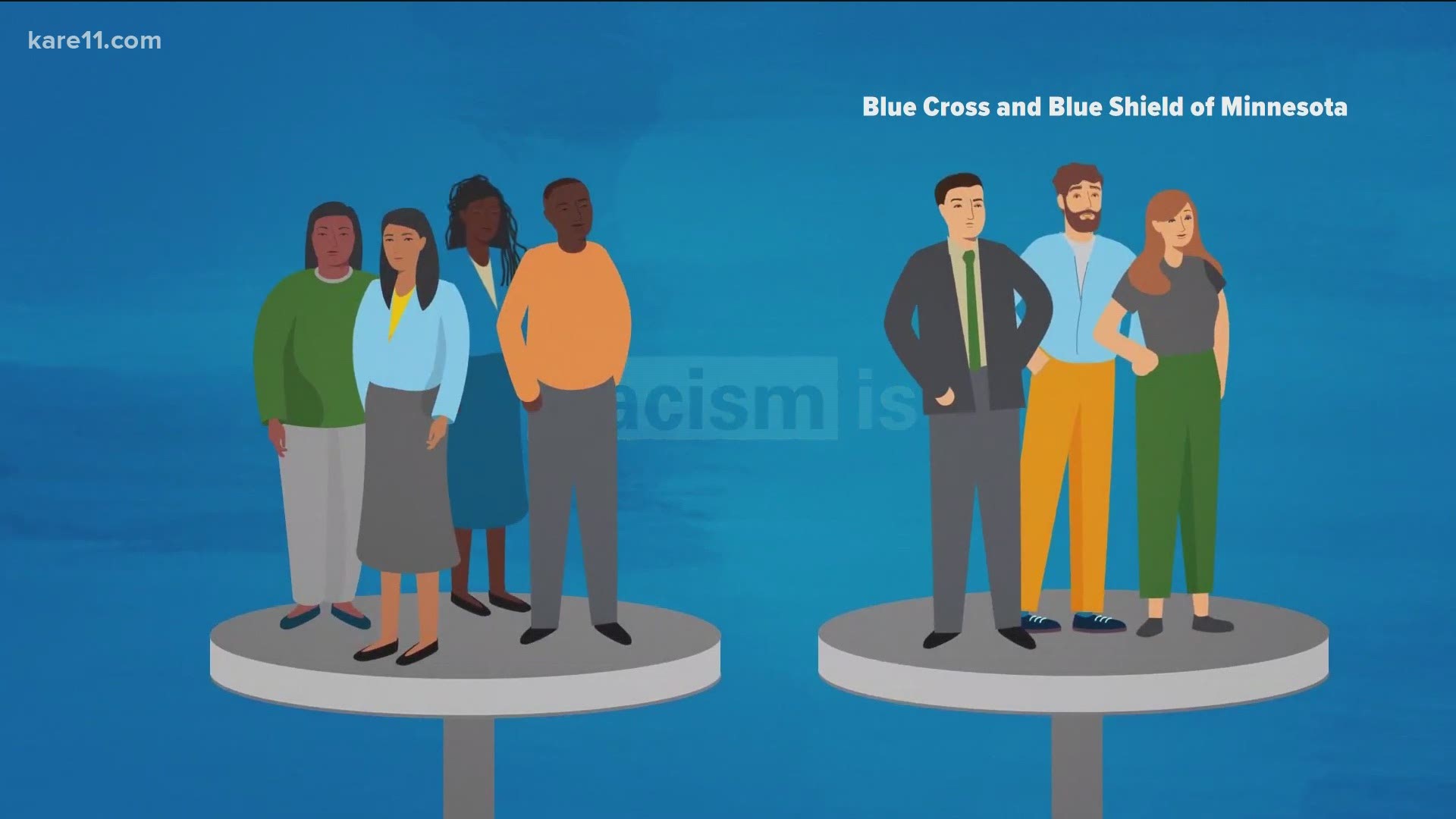 GOLDEN VALLEY, Minn. — In the last year, Minnesota has become the epicenter for racial justice, but how people view racism in Minnesota is still truly divided. A new poll by Blue Cross Blue Shield of Minnesota showcases that.

"We take racial and health equity seriously and we want to make sure that racism is understood as a public health crisis,” says Vayong Moua, Director of Racial and Health Equity Advocacy for Blue Cross Blue Shield of Minnesota.

Minnesota usually ranks as one of the healthiest states in the country. It also has some of the deepest divides for people of color. And the poll from Blue Cross shows Minnesotans are also deeply divided on their opinion of this. Sixty-four percent of black, indigenous, Asian and LatinX people feel racism is a public health crisis. In contrast 57% of white people said it was not.

“We want to make sure the public understands racism not only at the individual and interpersonal level, but at the community and policy systems level, and I think that's a challenge that we face and that shows up in the poll,” says Moua.

"All of those factors, whether it's housing, education, or employment, or food security, are impacted by structural racism itself,” Moua says.

Blue Cross found that our health inequities have a cost, in both dollars and lives lost. If addressed, they believe, we could save 766 people each year and 2.26 billion dollars. So they created online resources, videos and podcasts, to help shape common language and at least start difficult conversations.

“Blue Cross has no expectation that a tool kit, or these resources, is going to dismantle structural racism, but we feel that it is an essential and necessary step to have durable long-term change, so we can transform hearts, and minds, and structures for racial equity,” says Moua.