Infectious disease specialists say the last pediatric death in Minnesota related to pertussis was in 2013. 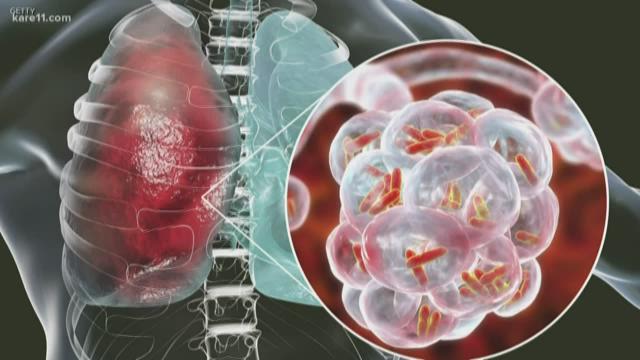 ST PAUL, Minn. — State health officials are urging parents to get their children vaccinated following the death of an infant who developed pertussis, also known as whooping cough.

The Minnesota Department of Health (MDH) announced that the child was diagnosed with pertussis in August, and died of complications in November after being hospitalized for three months.

Infectious disease specialists say the last pediatric death in Minnesota related to pertussis was in 2013.

“We were extremely saddened to hear that this child passed away,” said Kristen Ehresmann, director of infectious disease at the Minnesota Department of Health (MDH). “Pertussis continues to be a concern in Minnesota, and we want to do everything we can to prevent future tragedies like this.”

MDH says anyone can contract pertussis, but it is most severe in infants. Preliminary data for 2019 shows there were 25 cases of pertussis in infants less than six months old in Minnesota. Of those, eight babies were hospitalized, and two of those cases were considered severe.

“Infants who get pertussis can get very sick and many need to be hospitalized,” said Ehresmann. “The severe cases often require lengthy hospital stays with weeks to months in an intensive care unit. It can be devastating for the family.”

Health officials are emphasizing the importance of vaccination, especially during pregnancy, to help prevent pertussis. The tetanus, diphtheria and acellular pertussis, or Tdap vaccine, is recommended during the third trimester of each pregnancy.

Ehresmann explains that when the Tdap vaccine is given during pregnancy, the mother’s body creates antibodies to fight off pertussis bacteria. Some of those antibodies are passed to the baby before birth and offer short-term protection until the baby can start to receive their own vaccines.

Patsy Stinchfield, a pediatric nurse practitioner at Senior Director of Infection Control at Children's Minnesota, said families should follow the immunization scheduled set forth by the CDC. Kids should get the vaccine at two months, four months, six months, 12 to 15 months, kindergarten and then a booster at 11 or 12 years old.

"Whooping cough is bad. You can die from it," Stinchfield said. "And that's why we vaccinate."

According to the Minnesota Dept. of Health, in 2018 and 2019, Minnesota had 41 cases of pertussis among infants less than six months of age. Of the babies that were sickened, just 18 (44%) of the mothers received Tdap during pregnancy.

Infants are often infected by older siblings, parents or other caregivers. These people often do not know they have the disease because symptoms can be less severe in adolescents and adults.