Steve Shank was born with albinism and vision impairment, but he wasn't diagnosed with HPS until he started experiencing shortness of breath three years ago. 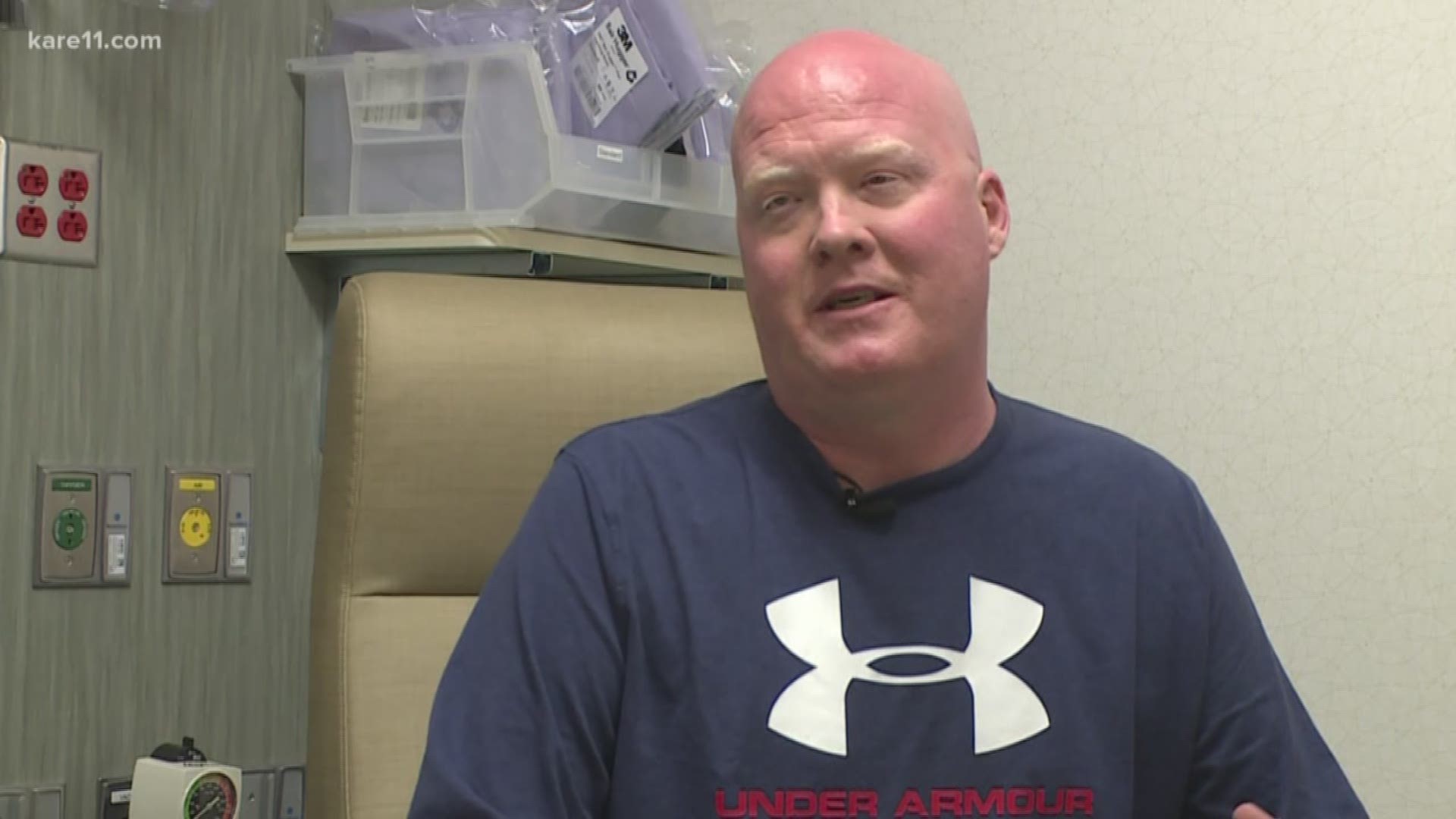 ROCHESTER, Minn. - A Rochester man is raising awareness about a rare genetic disorder.

It's the reason he was born with albinism and vision impairment, but he didn't specifically know he had HPS until three years ago when his lungs were failing.

"Shortness of breath and the biggest issue was it wasn't aggressive in the beginning, it probably started way before 2015," said Shank.

Shank says he had tears in his lungs.

It was at that time, doctors at the Mayo Clinic in Rochester performed several tests and determined Shank had HPS and needed a double-lung transplant. He had to be hooked up to a machine to keep him breathing and alive while he waited for a donor.

After being in the hospital for over a month, Shank says he received a donor and had the transplant. But he still had a long road to recovery.

“It was a fight to get things done but every day got better," he said. "I went from 3 steps to 10 steps then next thing you know I was doing 600 steps," he said.

Two years after the transplant Shank has made great progress, even training for the Transplant Games of America, which he was set to head to in early August.

“People are shocked that I ride a bike and I'm legally blind," he said.

Unfortunately, the risks that come with a lung transplant include an infection, which landed him in the hospital on Tuesday, keeping him from participating in the games.

But it's not keeping him down.

“I'm disappointed. But you know, every day is a great day for us because we are alive," he said. "I'm alive and I wouldn't have been."

He says the Transplant Games of America in Salt Lake City are every two years. So in the meantime, he says he'll continue to train so he can participate and raise awareness that there's hope for anyone with this rare disease.

You can find more information on becoming an organ donor here.