'Strike for Black Lives' will happen across the country Monday, encouraging workers to strike for good jobs and racial justice. 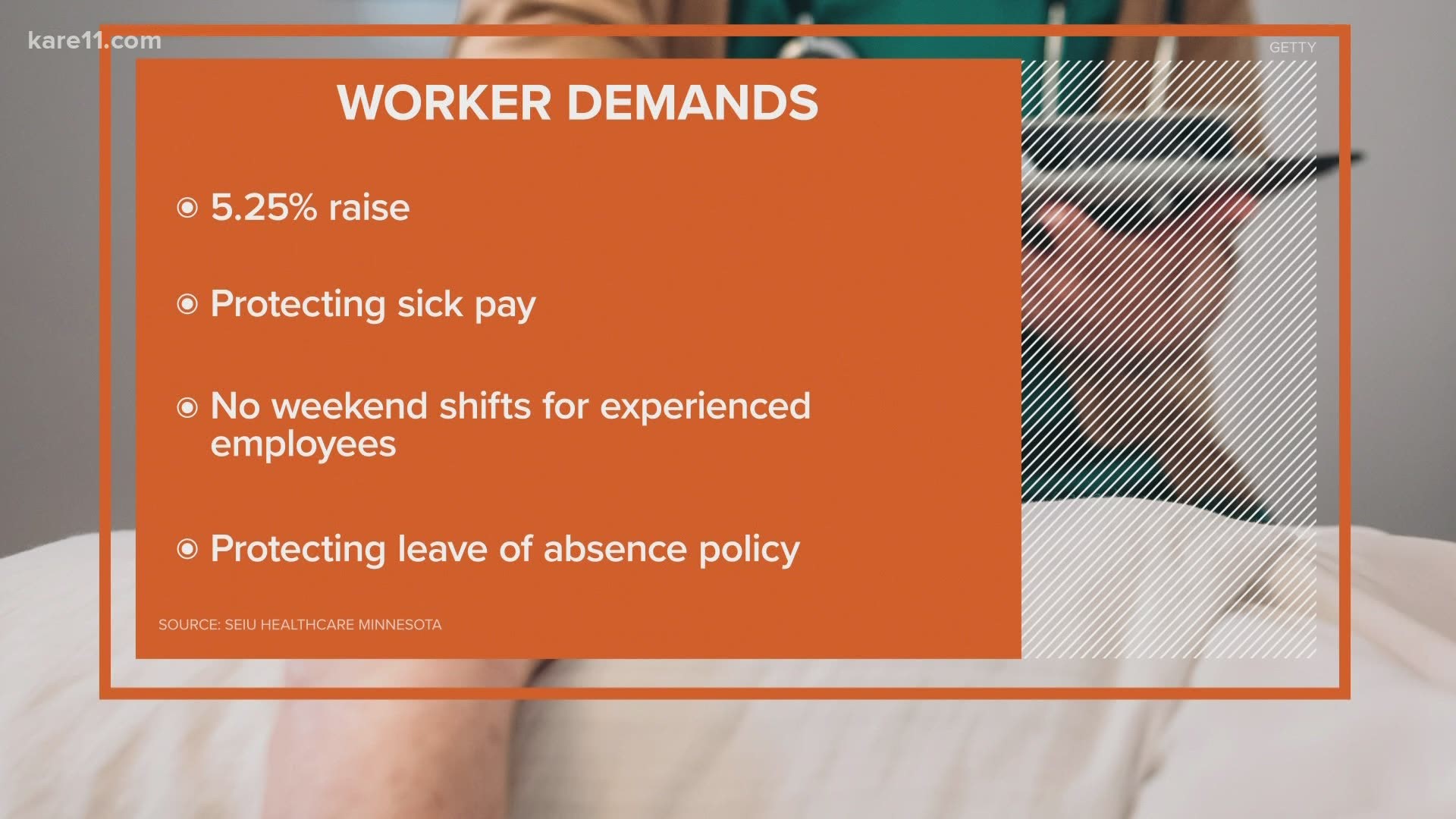 SAINT PAUL, Minn. — Workers at a St. Paul nursing home are planning to strike Monday morning because of low pay and worries over losing their health benefits.

In a press release, members of SEIU Healthcare Minnesota announced their vote to authorize a Unfair Labor Practice (ULP) strike after months of bargaining and employers refusing workers' pay and benefit demands during the COVID-19 pandemic.

The two sides have met at the bargaining table seven times in the last six months, but have been unable to reach an agreement on issues like a 5.25% pay increase for workers, protections for sick pay, stopping the scheduling of long-term employees on weekends, and stopping the employers' plan to restrict leaves of absence.

"When you're not making any money, in a stressful time like this, it makes it really hard for you to want to come to work," said Rhonda Little, a cook and part of the negotiating team.

In a statement to KARE 11, Cerenity management said that for at least five years they have offered reasonable cost-of-living adjustments to their employees. They said they've adjusted pay for specific positions that appear to be below market.

A Cerenity spokesperson said, "we cannot, however, meet the demands currently put forth by the union and we have provided our financials to prove this point to the union."

Cerenity said while workers are striking, all positions will be filled and residents will be cared for.

The strike will happen on "Strike for Black Lives" day, a nationwide call to action. In 25 cities across the country, fast food workers, hospital and airport employees will demand justice for their work on the front lines of coronavirus. Many of these workers make less than $15 an hour.

The nursing home workers will hold a rally at 10 a.m. before forming a car caravan from their workplace to MSP Airport to to join employees there who are fighting for a $15 minimum wage.

RELATED: Do some people have preexisting immunity to the coronavirus?