The finding is significant because currently there are no early detection tests for the disease. 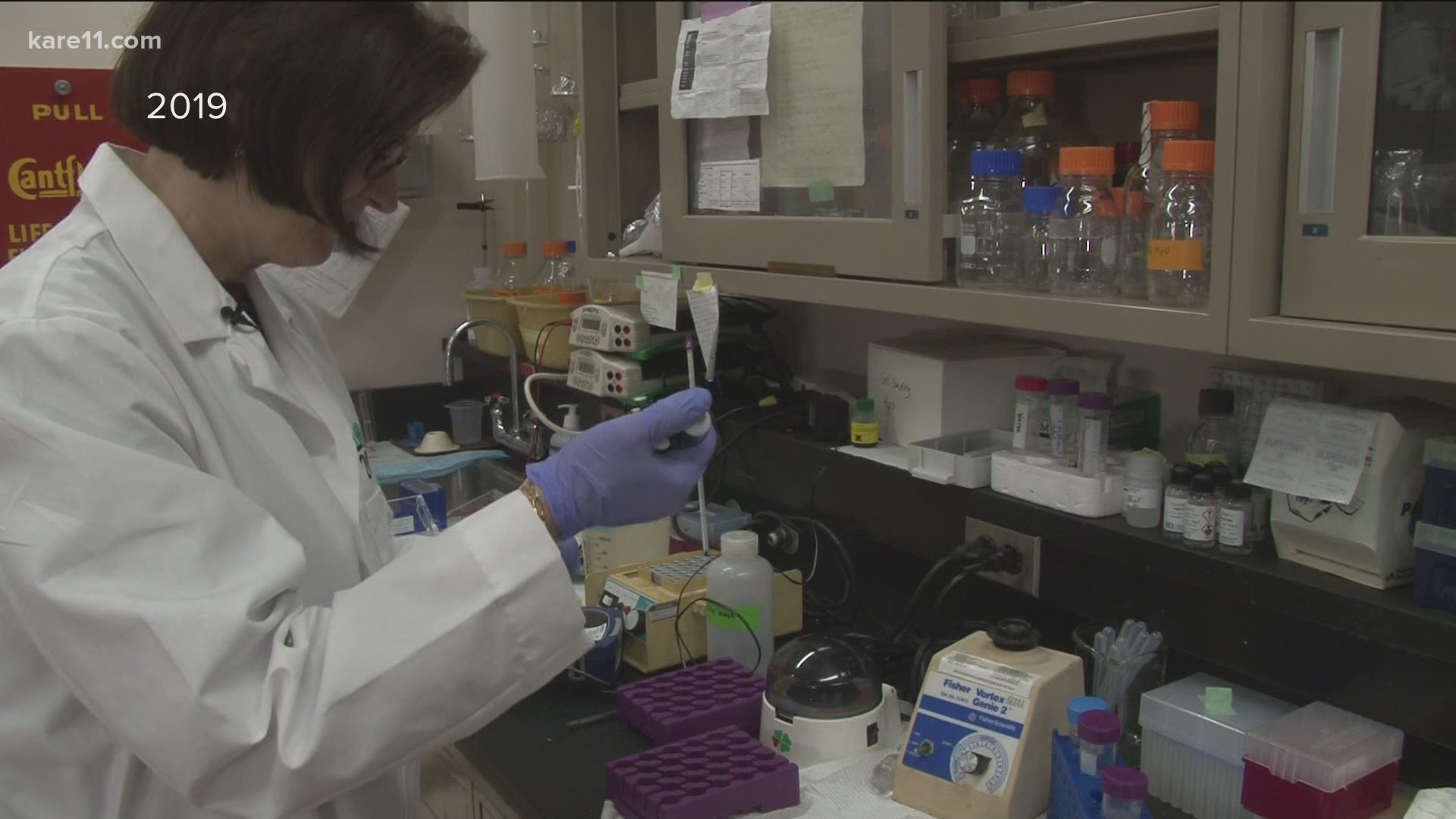 MINNEAPOLIS — Research by the University of Minnesota Medical School has discovered it is possible to detect ovarian cancer through a pap smear.

The finding, published in the journal Clinical Proteomics, is significant because currently there is no early detection test for the disease.

Ovarian cancer is predicted to kill about 13,770 women in the United States this year, according to the American Cancer Society, which estimates women have about a one in 108 chance of dying from the disease.

"If you could just do a pap test, which is routinely done, you might be able to catch these cases much sooner, " said Dr. Amy Skubitz, a professor of laboratory medicine and pathology at the University of Minnesota Medical School, and director of the university's Ovarian Cancer Early Detection Program.

"It really [gave] us hope that we'll be able to ... translate the standard pap test that's used for cervical cancer to actually be used for ovarian cancer, as well," she said.

Skubitz's research, which has received more than $1 million in funding from the Minnesota Ovarian Cancer Alliance, also is looking to develop a blood test to detect ovarian cancer.

Skubitz, who got into the field of ovarian cancer research after her mother was diagnosed, says there still are years of research left to be done before a routine pap smear can be used to detect the disease in women outside the study.

Spotting ovarian cancer can be challenging, and many women don't discover they have it until the disease is in a late stage. Aside from not having an early detection test, the symptoms can be vague and explained by other causes.

"They can be caused by a number of things," said Kris Greer, who survived her stage three ovarian cancer diagnosis in 2001.

For example, Greer said her only symptom was having to go to the bathroom more frequently, which she chalked up to drinking more water. Instead, it was a grapefruit-size tumor pressing on her bladder, which a doctor found during her annual exam.

"Once I was diagnosed and found out that there was no early detection test for ovarian cancer, I was shocked," Greer said. "I didn't understand. I thought, well, breast cancer has the mammogram. Colon cancer has the colonoscopy ... this deadly cancer had none."

"The symptoms can be so subtle, you don't know what you're dealing with," Greer said.

Skubitz hopes her research will one day lead to an at-home detection test for ovarian cancer.

RELATED: Kindergarteners join teacher for online classes from hospital while she gets chemo