Drug prices are continuing to increase, with a 5.8-percent hike reported on average in 2020 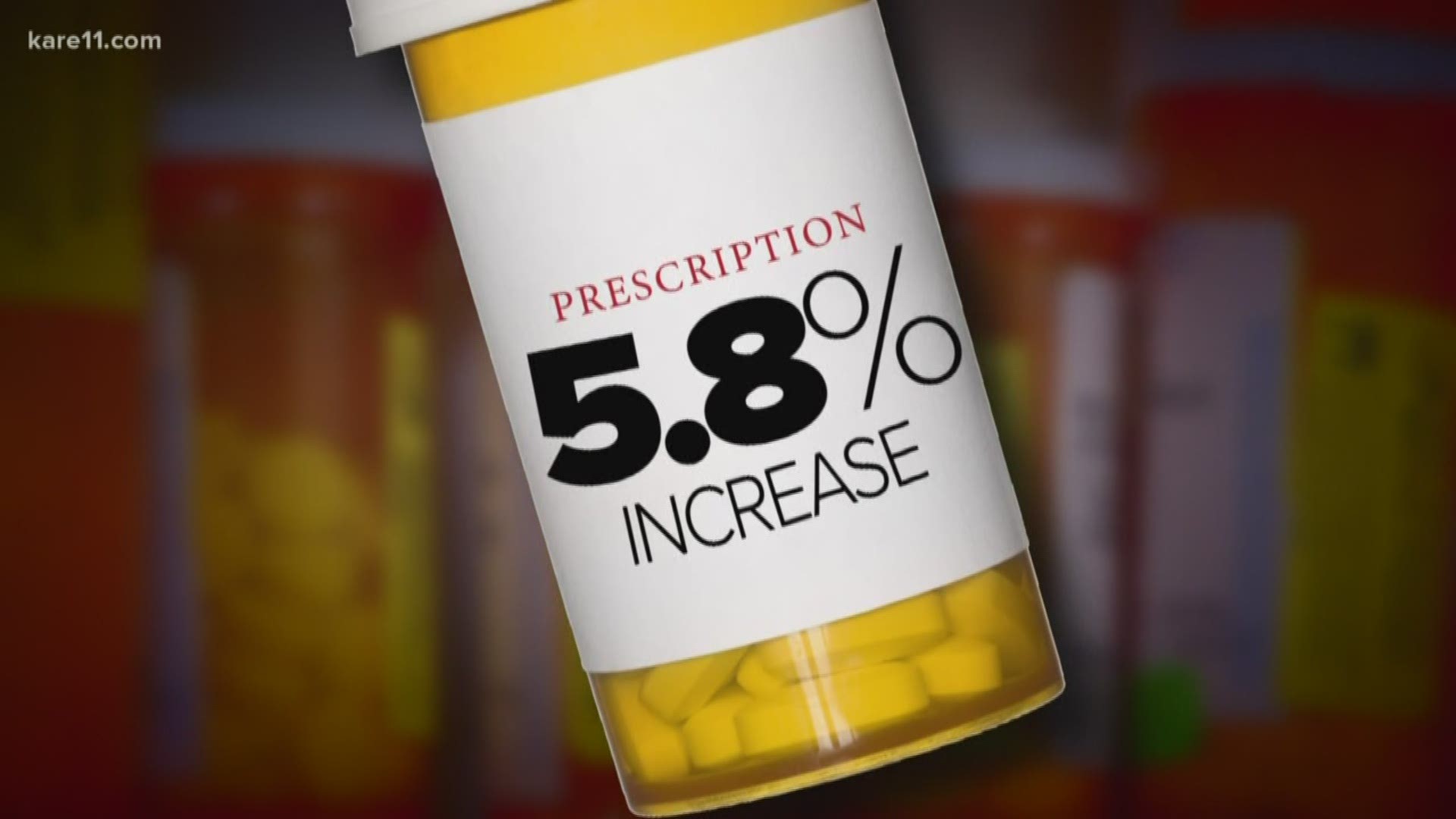 MINNEAPOLIS - When Dylan Boyer found out four years ago he had HIV, one of the first questions that popped into his mind was the following:

His HIV medication, Biktarvy, currently costs more than $3,000 a month, or more than 100 dollars a pill — and it will increase in 2020. The company that produces the drug, Gilead, confirmed to KARE 11 that its list prices will rise 4.9 percent "to reflect the rising costs of goods and services necessary to produce groundbreaking medicines."

Federal grants from the Ryan White HIV/AIDS program and his insurance have covered out-of-pocket costs for Boyer, but he knows not everyone with HIV has that luxury. He and his colleagues at "The Aliveness Project," a Minneapolis-based community and wellness center to support people living with HIV, say the increasing drug prices will raise the cost of health care for everyone and make life much harder for some with HIV.

Gilead is among the many companies raising drug prices by an average of 5.8 percent in 2020, according to a report cited by the Wall Street Journal. The impacted drugs range from HIV medication to Humira to Pfizer products.

In a statement to KARE 11, Gilead said it does "not anticipate that this change will affect access to our medicines. The list price of a medication does not reflect the actual costs borne by patients or health systems," claiming that the rebate system shields consumers from the increase in list price.

Dr. Stephen Schondelmeyer, director of the PRIME Institute at the University of Minnesota, said he wasn't surprised by the reported increase in drug prices and partly blamed the problem — albeit complex one — on an unregulated system that claims to reward innovation with profits but doesn't in practice.

"It doesn't differentiate between a company bringing true innovation in the market," he said, "versus a company just trying to bring higher and higher prices."

Schondelmeyer sits on a task force under Attorney General Keith Ellison that focuses on how to lower pharmaceutical drug prices. The task force plans to release a report on the topic later this month.

At the federal level, lawmakers from both parties have proposed their own solutions, ranging from the Democrats' calls to give government more negotiating power with companies to the Trump administration's proposal to reform the rebate system in order to lower consumer costs. Yet the problem remains. Although the average 5.8 percent increase in 2020 is a lower hike than in previous years, it still doubles the pace of inflation.

It is a complicated problem that requires a comprehensive solution, Schondelmeyer said, including possible reform of patent laws that have given some companies a near-monopoly on products.

"Part of that will be looking at patent laws, how we reward innovation," he said. "Part of it will be holding drug companies accountable for their prices."