The meeting of the two friends sprang from common experience, as both Casey and Emmett are cancer survivors. 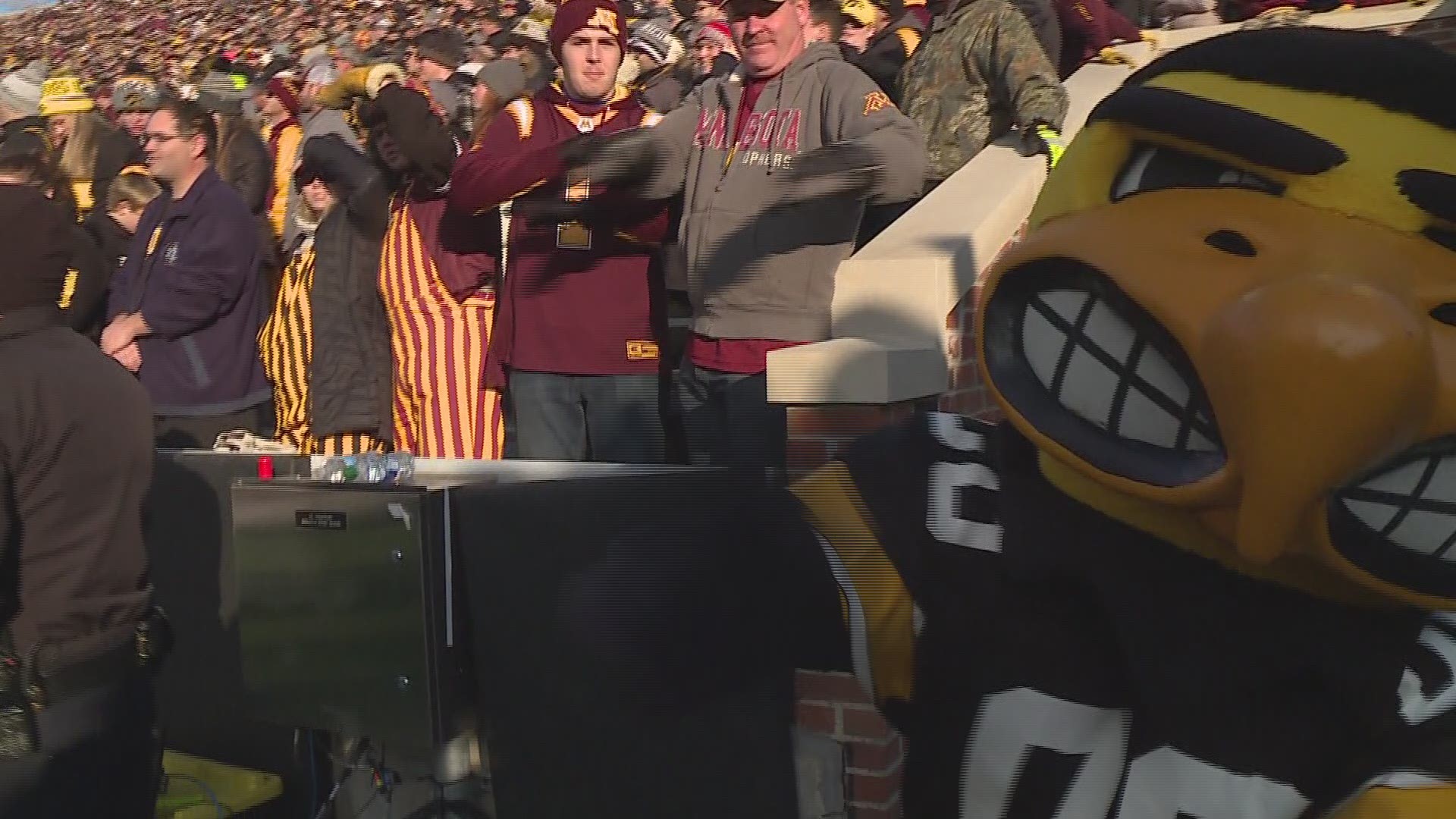 IOWA CITY, Iowa — Most Gopher fans walked away from Saturday's clash with Iowa focused on this bottom line: The club's push for an undefeated season was over, and their National Championship Series hopes likely gone after a 23-19 loss to the Hawkeyes.

Not Emmett Lahr. The 9-year-old from Lakeview, Iowa was already a winner, having met his new hero, Gophers placeholder Casey O'Brien.

The meeting of the two friends sprang from common experience, as both Casey and Emmett are cancer survivors. O'Brien recently found himself in the headlines after his Big Ten debut against Rutgers earned him a huge embrace from coach P.J. Fleck on national television, a heart-tugging moment that went viral. It led to Casey telling his story as a four-time cancer survivor on the Big Ten Network, a speech that Emmett saw.

"He talked about the bands (bracelets) he wears on his arms for the difference kids," Emmett's dad Steve Lahr recalled from O'Brien's televised message. "At the end of that speech, he (Emmett) was standing on this couch, clapping and crying. He got on my lap and was huggin' me, just sobbing."

The young Hawkeyes fan was so moved, he sat right down and wrote O'Brien a letter. "I saw your speech on the Big Ten channel," Emmett wrote. "I cried as I watched it, because I had cancer too."

Casey was so impressed he wrote his new friend back, and the two arranged to meet the night before the big Minnesota-Iowa game. It was no 5-minutes and done deal: O'Brien and Emmett sat together for more than half an hour, sharing their cancer stories and exchanging gifts. Emmett gave Casey a homemade inspirational book, while O'Brien gave Emmett the very towel he wore in his Big Ten debut.

Emmett promised Casey he would cheer for him when the Gophers took the field at Kinnick Stadium, and the 9-year old held up his end of the bargain. Emmett wore his Iowa stocking cap, but donned a homemade Minnesota jersey with O'Brien's number 14 on it. He stood during a transcendent moment after the first quarter, as players and fans did the 'Iowa Wave,' waving at the young cancer patients watching the action from windows of University of Iowa Children's Hospital.

Both Emmett and Casey knew the moment was special. They had walked in the shoes of those kids, and both won their cancer battles. They both also knew... that some kids do not.

Despite a comeback, the Gophers lost to their rivals by four points. While disappointing, the young U of M holder and his new 9-year-old pal know being around to fight another day is something to savor, and celebrate. 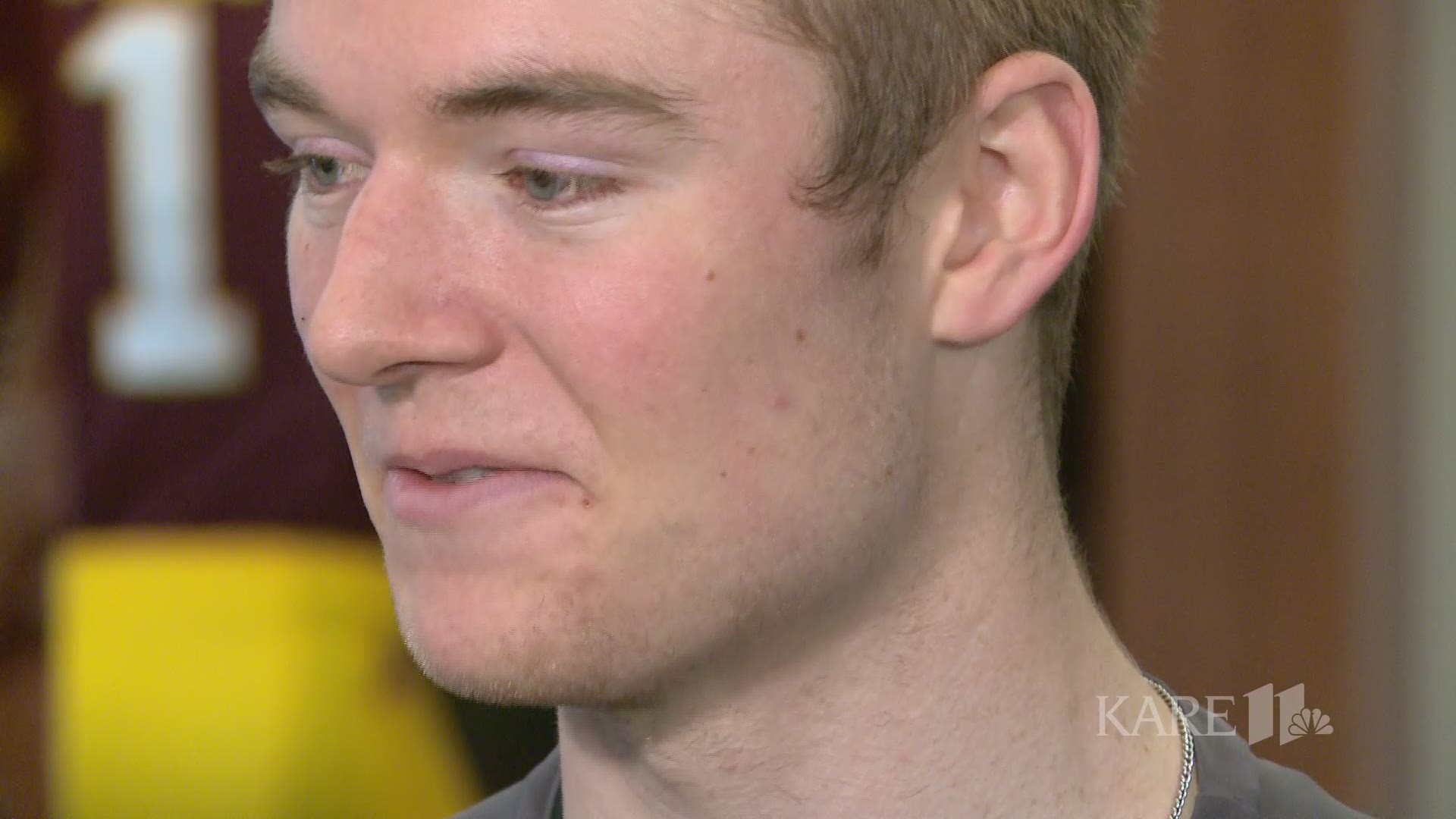