Friday night’s Tackle Cancer game was a welcomed distraction for Tatro after a difficult week of saying goodbye to his 12-year-old daughter Kendra. 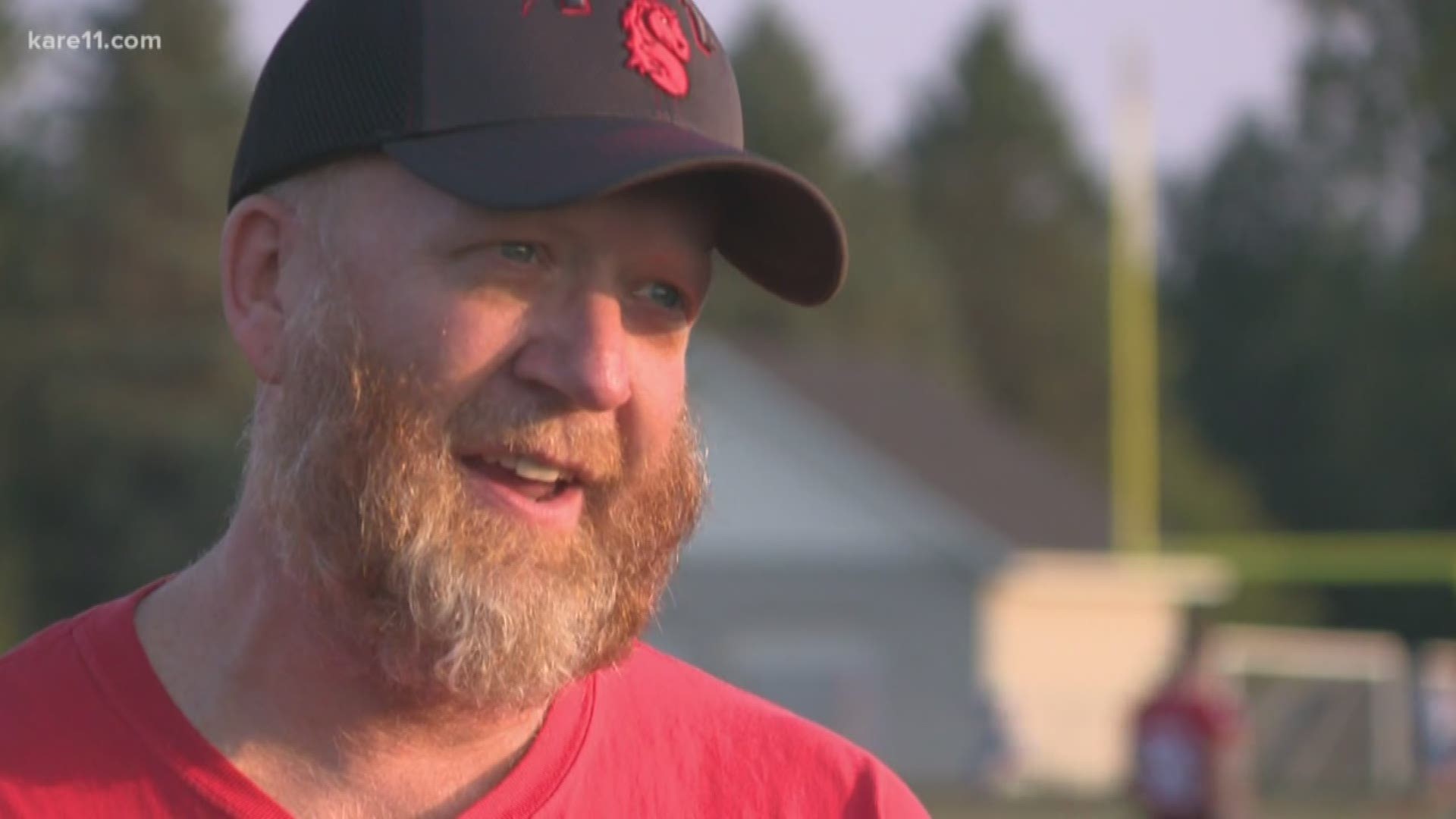 STILLWATER, Minn. — Win or lose Stillwater fans always support their team, the same way they support each other when families come face-to-face with cancer.

Friday night’s Tackle Cancer game was a welcomed distraction for Tatro after a difficult week of saying goodbye to his 12-year-old daughter Kendra.

"Her life ended on Monday after a six-and-a-half-year battle against cancer," Tatro says.

“We put her to rest this afternoon.”

One of so many lives the community remembered Friday night, honoring the lives they’ve lost and the ones they’ve saved.

Lives like 6-year-old Wyatt Crosser, who’s been cancer-free for nearly a year.

“We’re in a really good spot right now,” his mother Whitney says. “We’re just keeping an eye on it.”

It’s a victory that's certainly worth celebrating, which is why Wyatt was asked to give out the game ball Friday night in a one of a kind way, hand delivered by parachute.

Just minutes before the game started, two men jumped out of a plane high above the field and descended towards the 50-yard line where Wyatt was waiting for them.

They landed safely and gave Wyatt the game ball so he could hand deliver it to the referee.

It’s a simple act, but one that reminded the crowd, that when it comes to cancer, we’re all in this together.

"Something like this is perfect because people are doing something and that's what we hope for," Wyatt’s mom Whitney Crosser says.

It was the 2nd highest total in the state.