Larry went from a medical conundrum in 2018 to remission this year. 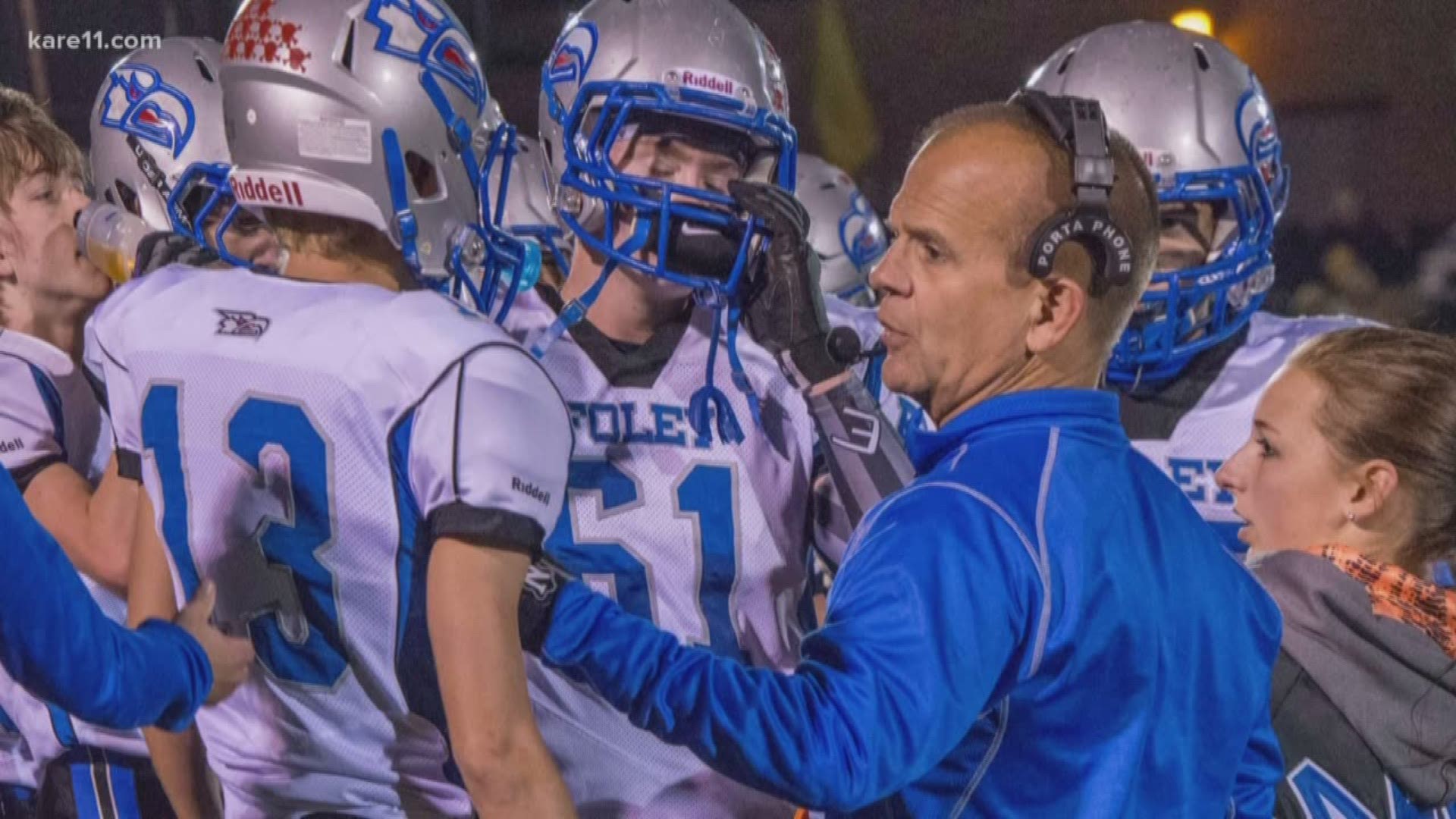 GOLDEN VALLEY, Minn. — It was 2017, and Larry Herm and his wife Sue got great news after Larry's prostate cancer surgery at Mayo clinic.

“In the hospital room they said you're cancer free, we were so excited,” says Sue Herm.

“They took out 19 lymph nodes, you're all clear,” says Larry Herm.

Three months later, Larry had his first PSA test, the reading should have been zero but instead…

They were his doctors, and freaked because that PSA number meant prostate cancer had spread.

So they do the scans and what do they see?

Doctors decided to radiate the spots, but that failed. Larry was told his case was a conundrum.

In other words, doctors didn't know what do with him.

This was devastating news for the Herms.

All of a sudden at age 59, Larry was facing his mortality, but this family of faith didn't give up and turned to football for help.

Larry was the longtime head football coach at Foley high school. It was there he got involved with Tackle Cancer.

So when he took a job with Bethel a few years ago, he continued those Tackle Cancer efforts.

Larry felt somehow maybe those involved with TC could help.

He was right. Larry reached out to Dave Nelson of Minnetonka who started Tackle Cancer in 2012.

And, Roseann connected Larry with a young U-of-M oncologist and researcher that the Shaver fund supports.

“I would say there was definitely anxiety in the room, but Larry was strong from the very beginning,” says Arpit Rao, UM Hematology/Oncology at the U of M.

“So I went from a conundrum to hi coach how you doing?,” says Larry.

“And he said, we're going to put the brakes on this,” says Sue.

“You've got an aggressive cancer right, so we want to punch it and punch it hard,” says Arpit.

And punch it they did with 5 months of chemotherapy along with the drug Lupron - which shuts off testosterone that feeds prostate cancer cells.

The protocol was brutal as Larry lost his eye brows and hair and fought other side effects.

But, eventually, Larry went from a medical conundrum in 2018 to remission this year.

“I told Dr Rao that Jesus and you are a pretty good team so we'll take that team anytime,” says Larry.

Larry is also the assistant strength coach at Bethel, and he says the support he received from other coaches and all the athletes made a big difference.

His faith, his support system, his personal strength and his Tackle Cancer connections all gave him another chance. And now every day is a blessing.

“That faith in God makes all the difference, especially when you can couple that with great science and other people wow, powerful,” says Larry.