Tackle Cancer: Football brings David Harbarth back from the brink

He's now back on the sidelines as Hutchinson's freshmen football coach. 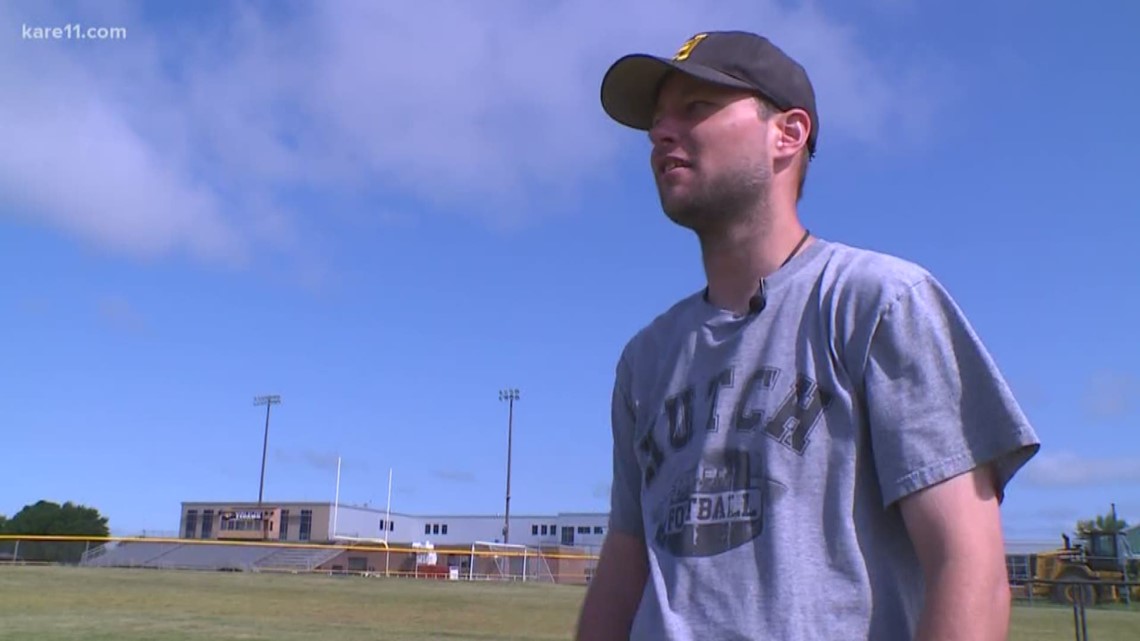 HUTCHINSON, Minn. — Football is a way of life in Hutchinson, Minnesota. It's what brought David Harbarth, or “Harby” as he's called, back home after college some 15 years ago. Football is in his blood; and now, in a way, it's helping to save his life.

Not that long ago, David Harbarth, just 37, needed a walker to get from his car to rehab treatment. His body was a mess. Twelve weeks of chemo to treat testicular cancer, serious surgical complications, and the loss of nearly 50 pounds had ravaged his body.

The road to recovery was both painful and exhausting.

David doesn't remember the worst of it, in May, when his kidney's failed and he was literally left fighting for his life. He doesn't remember, but his wife Sarah does. She looked at David and felt her world crumbling. So much so, she brought their five children to the Mayo just in case.

“Because I was scared and I didn't know what would happen and if something bad did happen I wanted the kids to be there,” Sarah Harbarth said. “The thought of raising our kids without him was hard.”

Hutchinson held its collective breath, including the Rostbergs, the father-and-son coaches with 50 years of experience between them at Hutchinson High School.

“There was a lot of prayer in this town for David, I'll tell ya,” said Grady Rostberg, Hutchinson’s longtime hall-of-fame head coach and current assistant.

Harby actually played for both: Grady in his last year as head coach and Andy when he took over in 1999. Harby says during his recovery, he never forgot the Hutch football philosophy, get better just a little bit every day.

“And that's what I've taken going through chemo and rehab; if I can just get one or two percent better every day I'll be on the right path,” Harbarth said.

And this is where that right path has led: back to football. Harby is back on the field coaching Hutch freshmen this fall. When he was sick this was his carrot. Harby couldn't imagine not being part of Hutch football, and Hutch football wouldn't be the same without him.

“All I know is the kids love him, they just love him having him as their coach,” said Andy Rostberg.

And the players aren't the only ones. Harby's family is thankful too. Dad is back home and getting stronger every day. Cancer tried it's best to take all this away, but Harby wouldn't let it.

“Me looking back to where he was in the hospital and seeing where he is today is a complete miracle,” said Sarah Harbarth.

Harby is not out of the woods completely, there is a chance for recurrence; but, no time to think about that now with football season upon us.