Casey O'Brien was diagnosed with osteosarcoma as a freshman in high school. Despite being told he would never play football again, he's now playing with the Gophers. 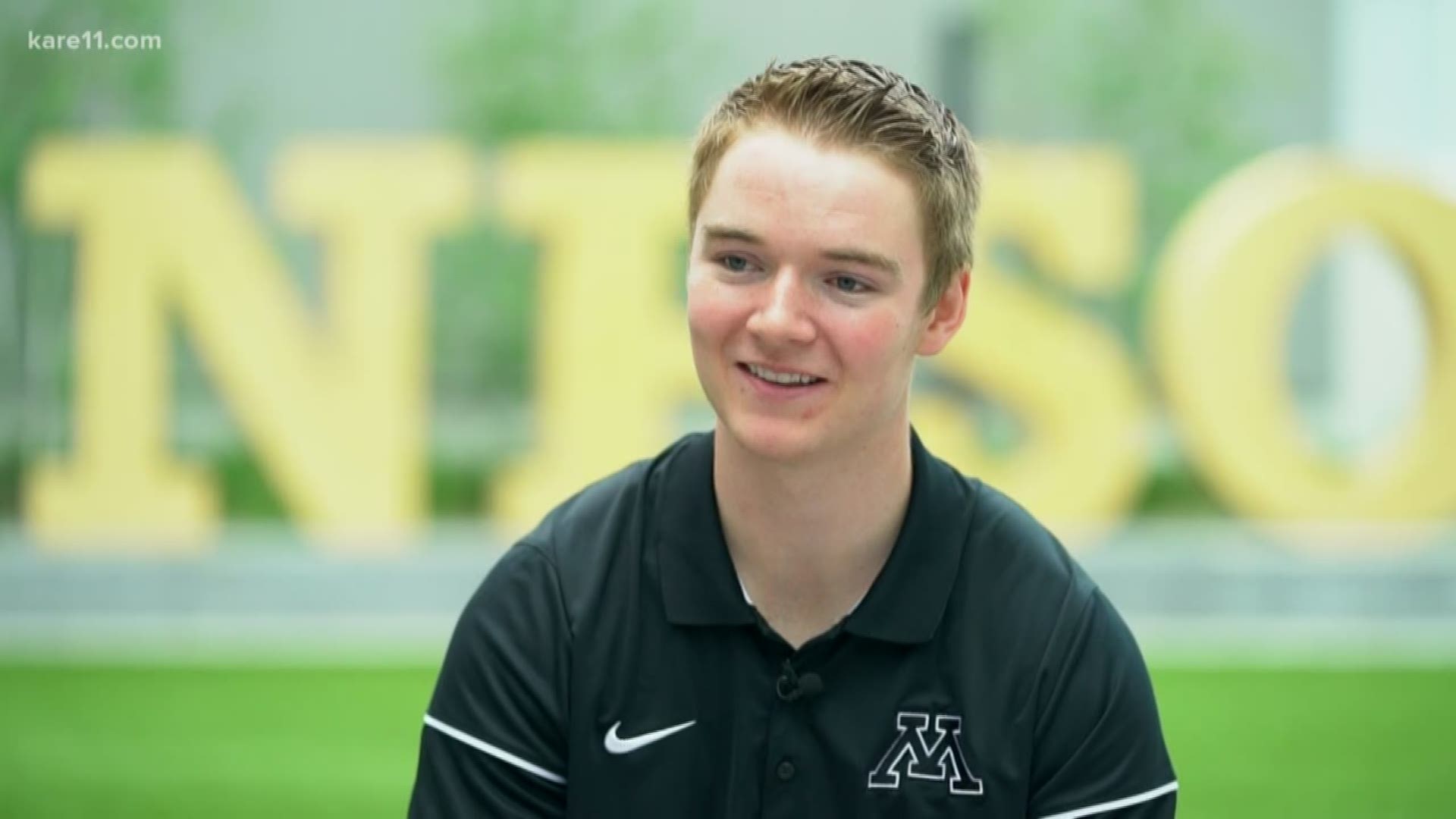 MINNEAPOLIS — If you didn't know his story, you'd say what's the big deal about #14? Casey O'Brien is a red-shirt sophomore placeholder for the Gopher football team.

“I wanted to play football again, and I wasn't going to take no for an answer,” says Casey.

Why is he so beloved even though he's never played a snap in a game?

“Everybody loves Casey so we've adopted it as our story as well and I think that's helped him go a long the way,” says Gopher head football coach P.J. Fleck.

Casey's story started almost six years ago, when the high school freshman quarterback from Cretin-Derham Hall was diagnosed with osteosarcoma, a rare and very aggressive bone cancer. He was told he would never play sports again, especially football, after the cancer forced him to have his left knee replaced.

Over the years, osteosarcoma has come back three more times. And every time Casey, even as a Gopher player, has battled and won.

“Going through cancer four times, it will make you realize what's important in life,” says Casey.

Just down the street from Gopher football Is U of M Doctor Branden Moriarity's osteosarcoma cancer lab, funded in part, the past five years, by Tackle Cancer.

“I've been working on osteosarcoma for over 12 years,” says Dr. Moriarity. “We've come a long way but we still have a long way to go.”

This pain-staking work, using genome engineering, is on the cutting edge of possibly curing one of the toughest cancers known to man - and doing it by re-programming our own cells to fight the cancer. In five to ten years, it may be Casey's best bet to win again.

“I tell everyone I think the future of cancer treatment is cell-based therapy and we will eventually be able to cure all cancers using this approach,” says Moriarity.

Doctor Moriarity and Casey O'Brien have met, and share the same vision - to cure this disease so no one has to go through what Casey has.

Which is why this summer, in front of 2,000 people, Casey eloquently told his story during Big Ten Media Day in Chicago.

“Because I now know tomorrow is not promised, all the tests, scans, blood work, loss of hair, chemotherapy and everything else that comes along with fighting cancer has all been worth it,” Casey told the crowd.

On that day, in Storm Lake Iowa, 9-year old Emmett Lahr, a cancer survivor himself, was watching Casey on TV.

Emmett was so moved, he wrote Casey a letter.

The letter said: “Dear Casey , I saw your speech on the Big Ten Network. I was watching with my dad, it was really good. I cried as I watched it because I had cancer too. I love the Hawkeyes and go to some of their games, if my mom and dad take me when they play Minnesota this year, I will cheer for you. Good luck this season, I wish you the best.”