The 1-year-old was diagnosed with Guillain-Barre Syndrome during a vacation to Clearwater Beach. 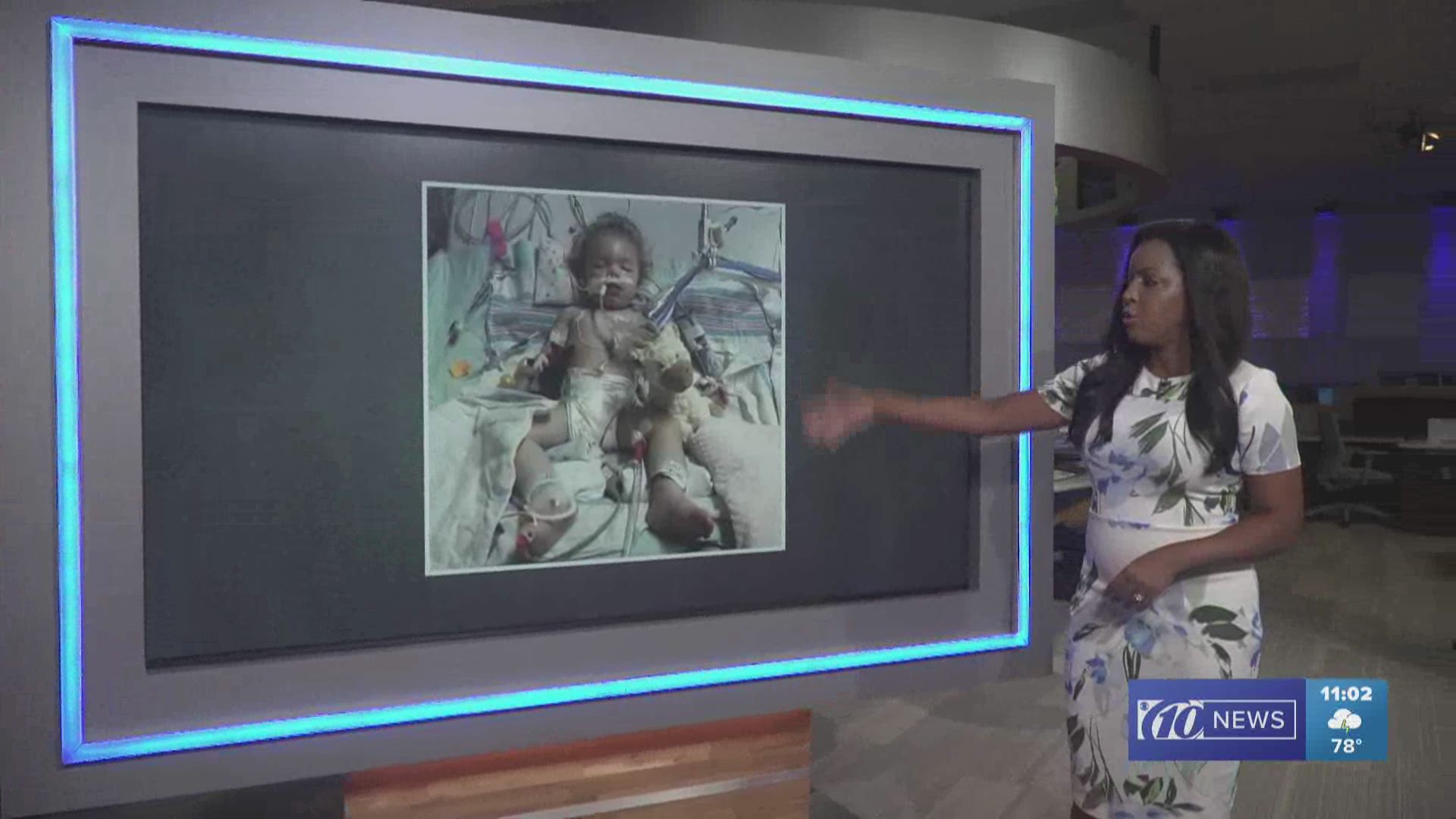 TAMPA, Fla. — A family from Oklahoma City is stuck at St. Joseph's Children's Hospital after their daughter was suddenly paralyzed.

"Its Cadence's first time being on the ocean and we love the beach. We were just ready for a full week of fun," said Joseph Jones.

He and his wife Mikah were excited for their family reunion at Clearwater Beach. But just a few days into it everything changed.

The young couple panicked and rushed their baby to the hospital. Doctors diagnosed her with Guillain-Barre Syndrome, a rare disease that attacks the nerves and is even rarer in a child that's so young.

"The hardest part was when we got there and they tested her for her reflexes and stuff. She didn't have any. She wouldn't react to it," said Mikah Jones.

Three weeks ago, Cadence's eyes were shut and her body wouldn't move. Now her eyes are open and she's slowly coming back to life.

"I thought my daughter was going to be paralyzed for the rest of her life. It scares me! She's my little girl. My first little girl and it's really hard," said Jones.

The family is stuck in Florida until Cadence can go back home. They're living in the Ronald McDonald House, and family is helping them with bills. But for now, Cadence is their main focus.

"We're hoping for normal. Hoping that she goes back to running around and playful, and hoping that she still loves what she loves. She's small, but fierce," said Jones.

The family has been at the hospital for over three weeks. Doctors say it could take Cadence months to fully recover.

The family has set up a GoFundMe page to help with expenses. By Wednesday night it had gathered more than $8,000 toward its $20,000 goal.