CMV is common and usually not harmful, unless you get it while you're pregnant. 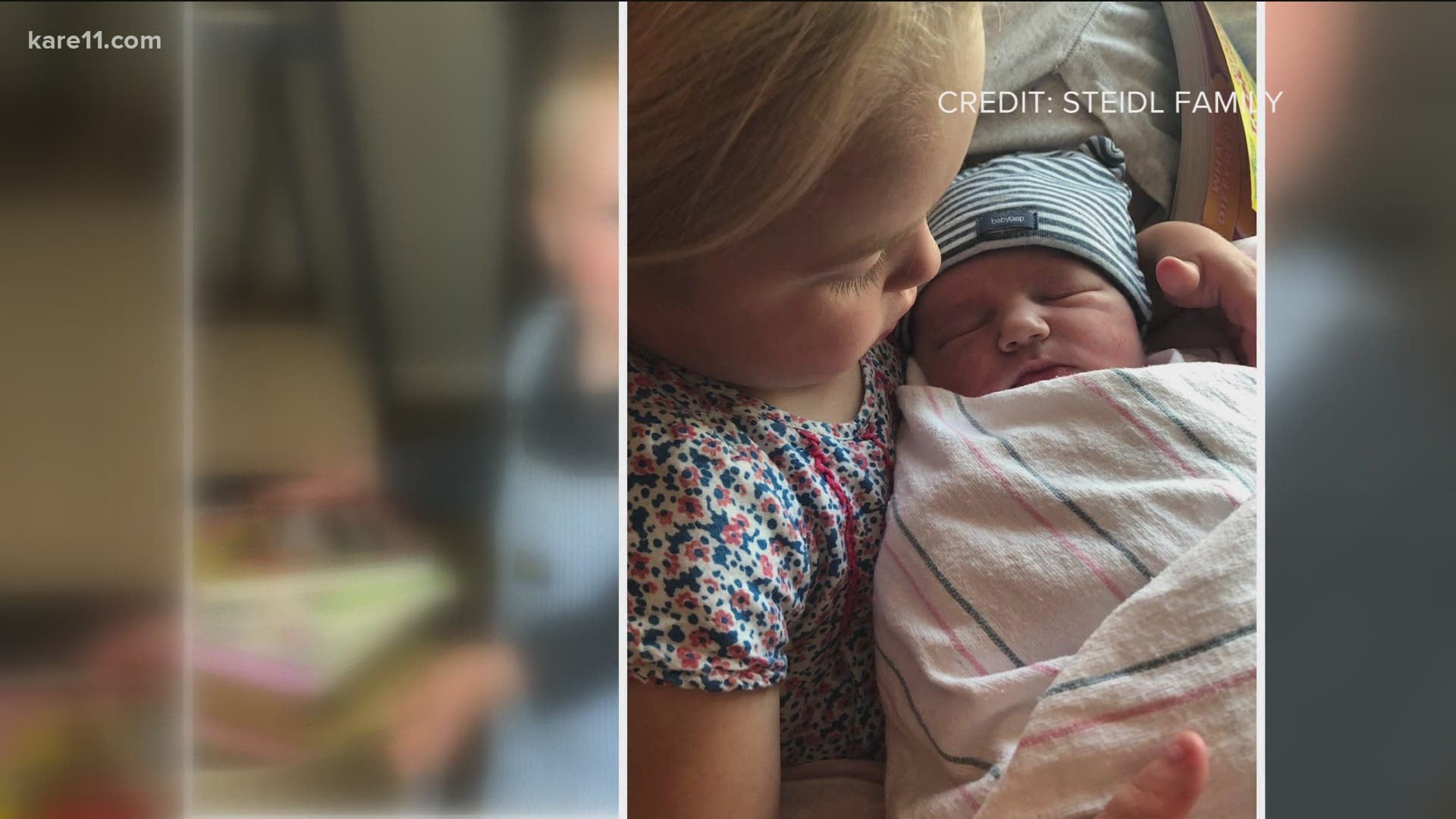 INDIANAPOLIS — When Hank Steidl was born in June 2018, his mother Stephanie didn't notice anything out of the ordinary.

"There were no signs of anything being wrong," she said.

But a few weeks after Hank was born, Stephanie got a call from Dr. Mark Schleiss, a professor of Pediatrics in the University of Minnesota Medical School. Schleiss told Steidl her son had tested positive for cytomegalovirus. Before her hospital stay, Steidl had never heard of it.

Cytomegalovirus, known as CMV, common and is passed through bodily fluids. According to the CDC, more than half of U.S. adults will get the virus by age 40. Most who get it don't have symptoms and aren't even aware they're infected. But if a woman gets it while she's pregnant, the consequences for the baby can be severe.

"We think that a baby [who is] born with CMV infection is at a higher risk for developmental consequences, including developmental delay, learning disorders," said Schleiss. "The most important, by far, is hearing loss."

The consequences for the baby can be lessened with early intervention following detection of CMV at birth. However, Schleiss says currently no state has universal screening in place for CMV.

However, Schleiss hopes that changes, and results published this month from a study he led could help. Schleiss and his team found by using new techniques the infant dried blood spot test, already taken from newborns during their hospital stay, can detect CMV with 85.7% accuracy. The finding is significant, because Schleiss says past studies, using outdated techniques, have shown no more than 30% accuracy when using the dried blood spot to test for CMV.

"We aren't adding any new test. That's the elegant part of it. We can do it on an existing sample that's already collected on all newborn infants," he said.

The CDC says one in every 200 babies is born with CMV, and about 20% of babies infected will develop health problems.

"When we put it in...context of other kinds of medical problems that can affect the baby before birth, CMV is far and away the most common," Schleiss said. "And yet many people are unaware of it."

CMV caused Hank to be born with neutropenia, which is an abnormally low number of a type of white blood cells. He also has a blind spot in one of his eyes. Both were spotted early, because Steidl opted in for Schleiss' study which was running at the hospital where Hank was born.

"You don't get vision tests on kiddos until they're in kindergarten usually. So we were able to catch that right away...and try to give him the best possible trajectory," she said.

Credit: Steidl Family
Hank Steidl was born with CMV, which caused a blind spot in one of his eyes.

Schleiss hopes to work with the Minnesota Department of Health and the legislature to make Minnesota the first state to adopt universal newborn screening for CMV. He worked with lawmakers on a previous bill which would have required MDH to educate women of child bearing age about CMV risks, but it hasn't passed.

RELATED: Educating pregnant women about the risks of CMV

Steidl wishes someone had told her about the risks before getting pregnant.

"We're focusing on [avoiding] eating lunch meat...but we have this congenital CMV, it's a one in 200 chance [of a baby getting it], and nobody's talking about it," Steidl said.

RELATED: U of M researchers work on vaccine for little-known virus affecting babies in utero