Will we see more smoky skies in the future?

Smoke from Canadian wildfires has impacted Minnesota's air quality in a serious way. Here's what you need to know about what's driving the trends. 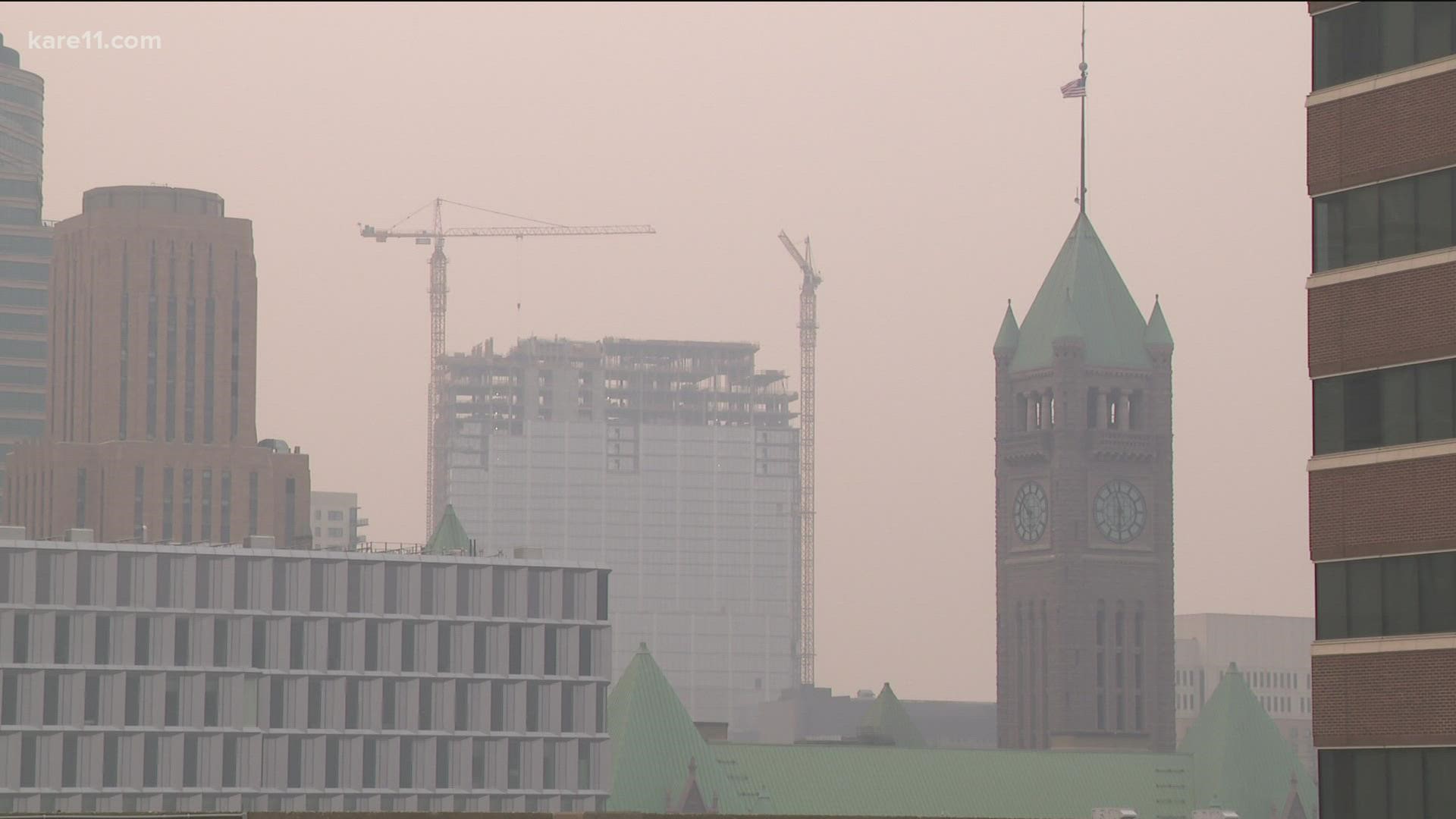 It's not the first time the wind has carried wildfire smoke to Minnesota, and it won't be the last.

The question is: What's driving these trends? And will we see it more often in the future?

KARE 11 spoke with Kenny Blumenfeld, a senior climatologist with the Department of Natural Resources and the State Climatology Office, to talk more about climate change, wildfires, and the impact of smoke drifting into Minnesota.

Here's part of that conversation, with some slight edits:

KARE 11: People are wondering -- they're breathing in the smoke, it's bad out there. In a nutshell, what is the connection between the changing climate and what we're dealing with here with the air quality?

BLUMENFELD: Right now, we have to remember, it's been a hot and dry summer here, but the smoke that we are trying not to breathe in, that's actually coming from other places. And, in those places, a lot of those areas -- especially in Western Canada and the northwestern United States -- the warmer conditions and drier conditions have been kind of long-term. And that's part of what we think of, scientifically, as their climate change trends. So the connection here is that the changing climate has affected the northwestern U.S. and parts of Western Canada, by producing more warm and drier conditions, leading potentially to more fires -- and that gives us more smoke.

KARE 11: What do those trends look like out West?

BLUMENFELD: In general, everywhere in the world, things kind of go up and down even as they change in one particular direction. So we've seen -- it's not been every summer -- but a lot of summers that have been hotter than they previously experienced. This summer being a great example, kind of off the charts in June in some of those areas. But, also, lacking precipitation during their wet season in the winter... if they come into summer having been really short on precipitation, then, once that hot and dry weather kicks in, it hurts them even more.

KARE 11: Are we going to see more conditions that exacerbate wildfires out there? Is this something people should get used to, with the fires?

KARE 11: But in Minnesota, we've had wetter trends?

BLUMENFELD: Yes, the last several years in Minnesota, especially the last decade, was a really wet decade. And, 2019 was Minnesota's wettest year on record. And if you look back to about 1970, depends on exactly where and when you're looking, Minnesota began getting wetter in the 1970s and 80s and it has been kind of stepping up since then. So again, our climate also goes up and down even as we see changes going on. I would say, right now, we don't have a trend toward these hot, dry conditions, instead we've just been getting warmer during winter and wetter all year. This drought, these dry conditions that we have here, kind of our related wildfire risk, is really sort of an expected departure from the prevailing trend that we've been experiencing over the past years and decades.

KARE 11: This might seem like an obvious question, but, how does a warmer climate [out West] lead to wildfires or contribute to them?

BLUMENFELD: The only thing that I can talk about would be the climate component. Obviously, when you have warmer and drier conditions, that means you're getting less precipitation. So, there's less water going into the ground and into the vegetation. The warmer conditions are also pulling more water out.

KARE 11: So, bottom line is, it's warming out west, and we'll probably see this again -- but as you said, maybe not every year or every single weekend.

BLUMENFELD: Right. I was talking to some colleagues, and we looked at some of the information. It seems that the smoke episodes have definitely increased in the past decade or so. It remains to be seen if that's going to be kind of yearly... mostly, it's been happening in these small episodes, once or twice a summer.

It's pretty clear we'll see more of this. But, is it going to be significantly increased frequency? I don't think we have the information for that. It seems that these smoky days have gotten a little more numerous in the last decade. What we can't tell is, is that just one of those big ups for hot and dry conditions out west and smoke-providing regions, or is it part of a longer trend? We just don't have enough information yet, so that remains to be seen...

We have to remember, the smoke is coming from somewhere else. We've actually had this smoke [in Minnesota] in recent years when it's been really wet. Just remember, if we're getting smoke drifting in from another region, it depends on what's happening in that area's climate. Our climate could be completely different and still get the smoke.