Hennepin County election officials say they found 12 absentee ballots that have been witnessed and signed by someone who was forging another person's signature. That person was not eligible to serve as an absentee witness. 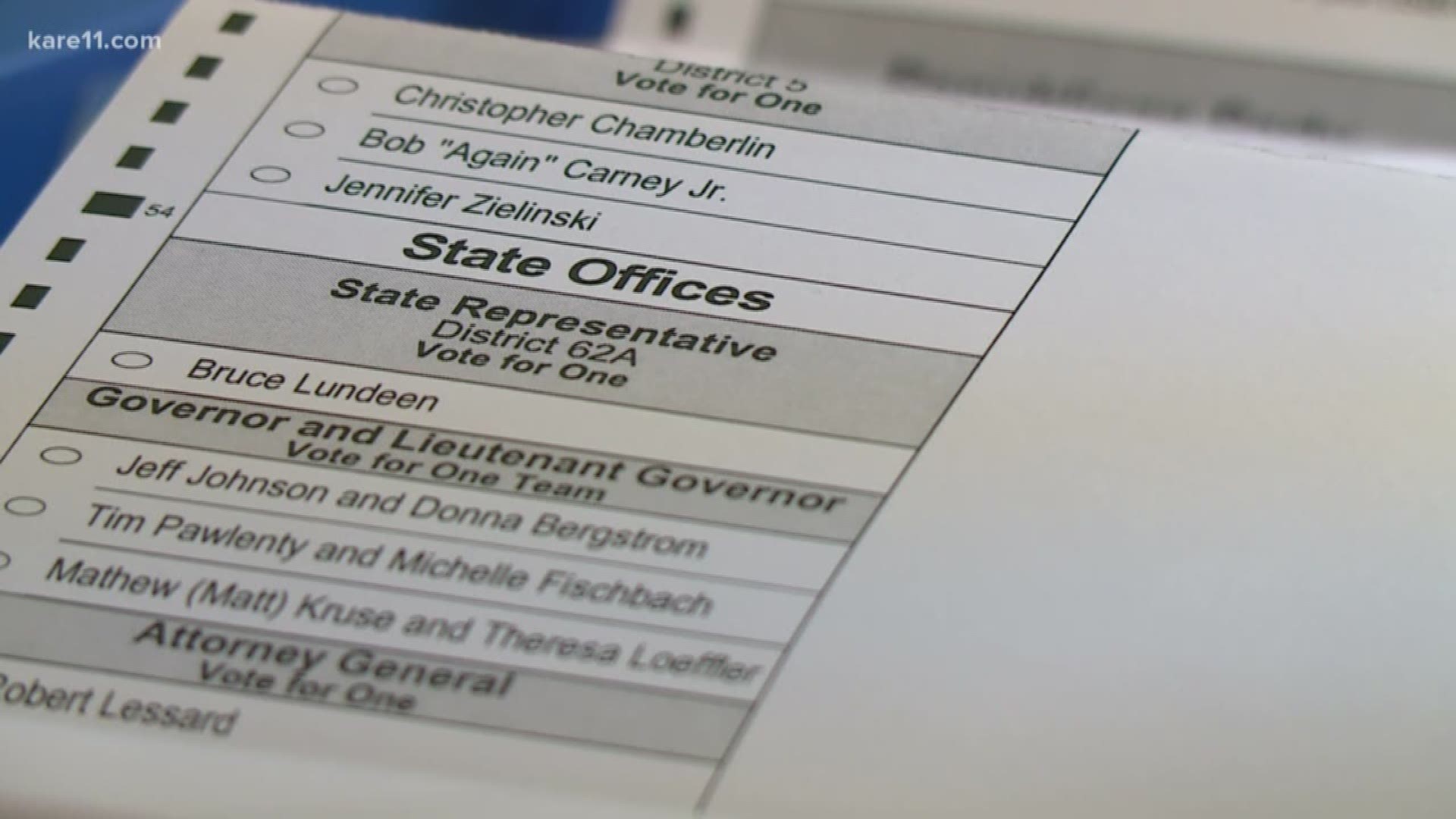 MINNEAPOLIS - With the Primaries happening next Tuesday, absentee ballots are spilling into different government election offices at record rates.

However, Hennepin County said it has found something unusual, that police could soon be investigating.

Gelms said her staff manual sifted through the thousands of ballots to find that around a dozen of them had been witnessed by someone who wasn't able to. The envelopes signed with a different name of another person who is eligible.

The Minnesota Secretary of State outlines that a legal absentee witness can be anyone registered to vote in Minnesota, a notary public or a person with the authority to administer oaths.

"Incidents like these are quite rare, generally incidents around elections or voting violations are similarly rare," Gelms said. "This one, in particular, is a unique case."

This is because most violations are of individuals who are on parole or probation for a felony sentence who try to register or vote. Either way, Gelms said there are protocols set up to catch anything odd in the days leading up to August 14th and November 6th.

The absentee ballots that are streaming in this year have also set a new record for primaries in Hennepin County. Gelms said the previous absentee ballot record was around 9,000 ballots set in 2014. This year, the ballots they have received so far are over 25,000 and counting.