Doctors at the Hennepin County Medical Center have treated 30 frostbite cases so far this week. 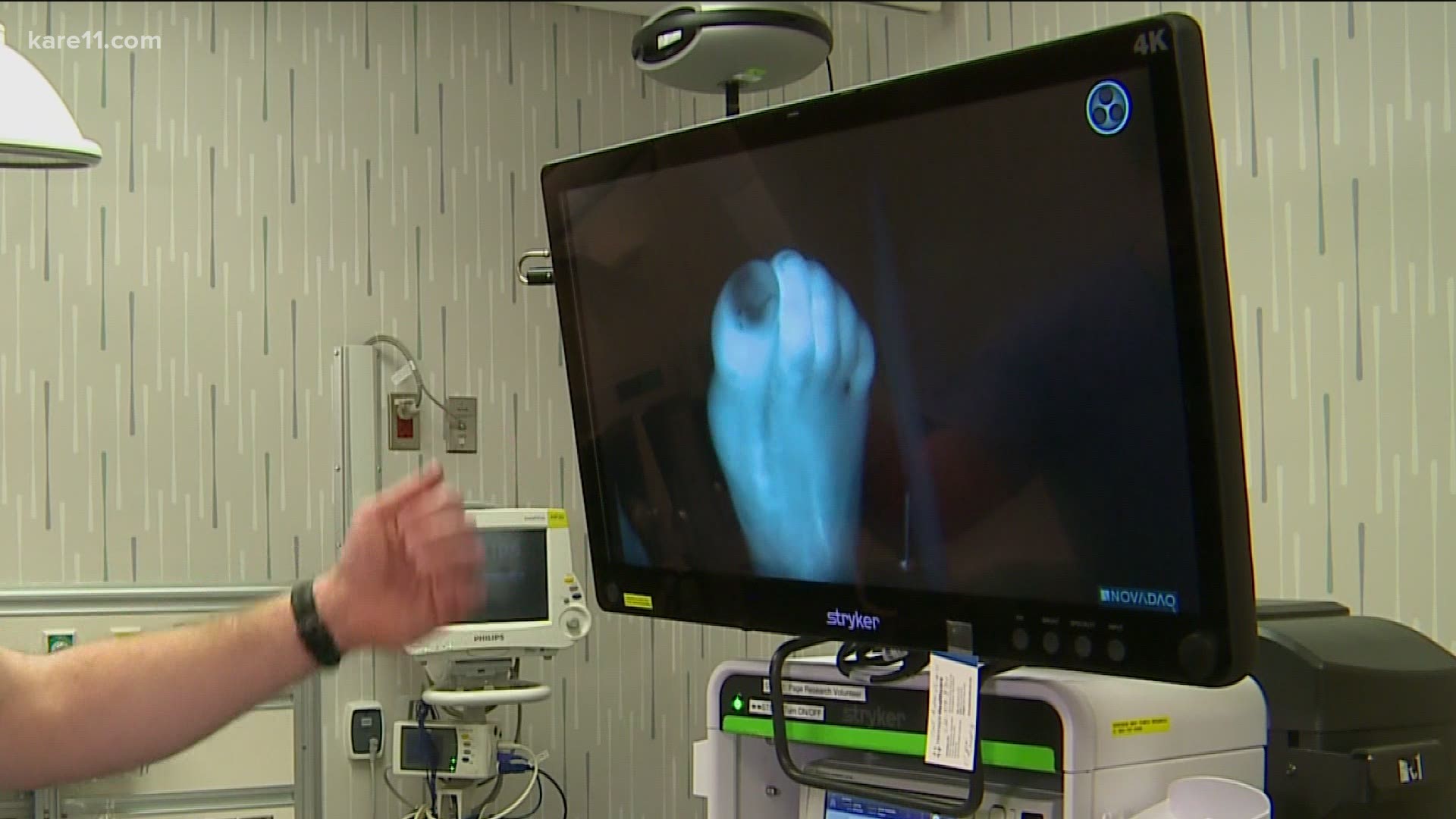 MINNEAPOLIS — Doctors are seeing a big jump in new frostbite cases during this cold snap.

At the Hennepin County Medical Center in Minneapolis, doctors have treated 30 frostbite patients so far this week.

“This cold snap here for the past week has been really devastating,” emergency physician Dr. Tom Masters says.

Many of those patients were diagnosed with the help of a new technology that is currently being tested at HCMC.

This fluorescence imaging technology has been used in various other capacities, by doctors around the world, but Masters says HCMC is one of the first medical facilities to use this technology on frostbite patients.

The Stryker’s SPY-PHI is a hand-held device that helps doctors visualize blow flow in a patient’s body.

“We inject a patient with green dye near the affected area,” Masters says.

That dye is then detected by a specially designed infrared camera.

Doctors can move the camera around to various parts of the patient’s body so they can see how the blood is flowing through various vessels.

“It shows blood flow and where the blood is going,” Masters says.

The brighter the image is, the better the blood flow is.

“We look for the darker areas. Those are the areas where the patient has frostbite,” Masters says.

Once doctors find the problem, they can treat the patient with blood clotting medicine to bring more blood into their fingers and toes.

“Previously we would have had to do a study called a bone scan on these patients, which involves sending patients over to radiology. That could take a couple of hours to get the results back,” Masters explains.

“Now we’re able to have this technology in the emergency department so we can see the patient’s blood flow within minutes of warming them up.”

And Masters says time is tissue.

The faster they find the damage, the more likely they can save a patient's fingers and toes.

“We don’t know what the outcomes will be like with these patients yet, because the process of recovering from frostbite can take several weeks or months, but that’s our hope, that we can prevent more tissue loss.”

Masters says this technology also works the other way, by showing doctors when the damage under the patient’s skin isn’t as bad is it looks.

“Sometimes there are patients that we think look really bad and we’re able to do this study and it turns out they don’t look as bad under the skin,” Masters says.

“So, we can spare the patient a medicine they don’t necessarily need, a medicine that does have side effects just like every other medicine.”

The Hennepin County Medical Center is widely considered one of the best frostbite treatment facilities in the world.