Here are 4 things you may not know about methamphetamine

You may be living in a former meth lab and not even know it. Former meth homes can legally be sold in Missouri while still contaminated. Monday night at 10, PJ Randhawa will tell you what one state senator is planning to do about it before the next legislative session. 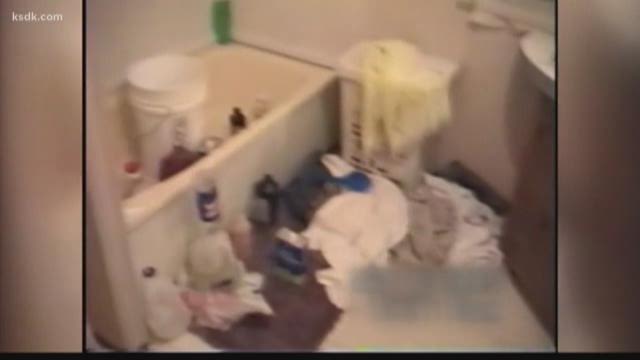 ST. LOUIS — In the last decade, methamphetamine has had time in the spotlight in popular culture and in Missouri law enforcement.

While the television show Breaking Bad was thrilling audiences and collecting awards, Missouri was one of the most infamous meth-producing states.

Here are a few things you may not know about the drug's history and impact.

1. Missouri is no longer the meth capital

From 2004 to 2012, Missouri ranked first in the country seven times and second in the country twice in yearly methamphetamine laboratory seizure incidents.

These incidents — as tracked by the El Paso Intelligence Center's National Seizure System — are broken down into three types: active laboratories, seizure of chemicals, equipment or glassware and dumpsites.

In 2012, the last year Missouri was atop the rankings, Missouri accounted for 2,006 meth seizure incidents, about 15 percent of the national total.

Since then, the number of incidents has dropped every year, and in 2017 there were only 91 such incidents in Missouri.

All the national and state numbers can be found on the Missouri State Highway Patrol website.

App Users! are you having trouble seeing this form? Then, CLICK HERE!

2. While production in U.S. may be falling, the drug is cheapest in years

The meth seizure incidents across the county have dropped from 12,964 in 2012 to 2,005 in 2017, but use of the drug is still prevalent. According to the DEA, this is because of an increase in meth coming across the Southwestern Border of the United States. U.S. Customs and Border Protection indicates seizures along the SWB increased 157 percent from 2012 to 2016.

The DEA also says the prices are "the lowest they have been in years" because of wholesale-level trafficking.

3. The "Johnny Appleseed of Meth" reinvented the drug, first in Missouri then across the country

In 2017, the Springfield News-Leader told the story of Bob Paillet. The seven-part story goes through the transformation of the drug from problem to a crisis, Paillet central role in that change and how his role changed his own life.

Paillet was widely considered the man who simplified the meth-making process allowing it to spread. The News-Leader report said he didn't run a large drug operation, but he changed the way meth was made, allowing for cooks who weren't as knowledgeable about chemistry. In 2014 he was called "arguably the Johnny Appleseed for the spread of local meth production throughout the Midwest" in a 2014 textbook called The Methamphetamine Industry in America: Transnational Cartels and Local Entrepreneurs.

You can read the entire News-Leader story here.

4. Your house may have been used as a meth lab without you knowing

You may be living in a former meth lab and not even know it. Former meth homes can legally be sold in Missouri while still contaminated.