Here's why your tax refund could be lower this year

The IRS reported the average refund this year is down 8.4 percent compared to last year. 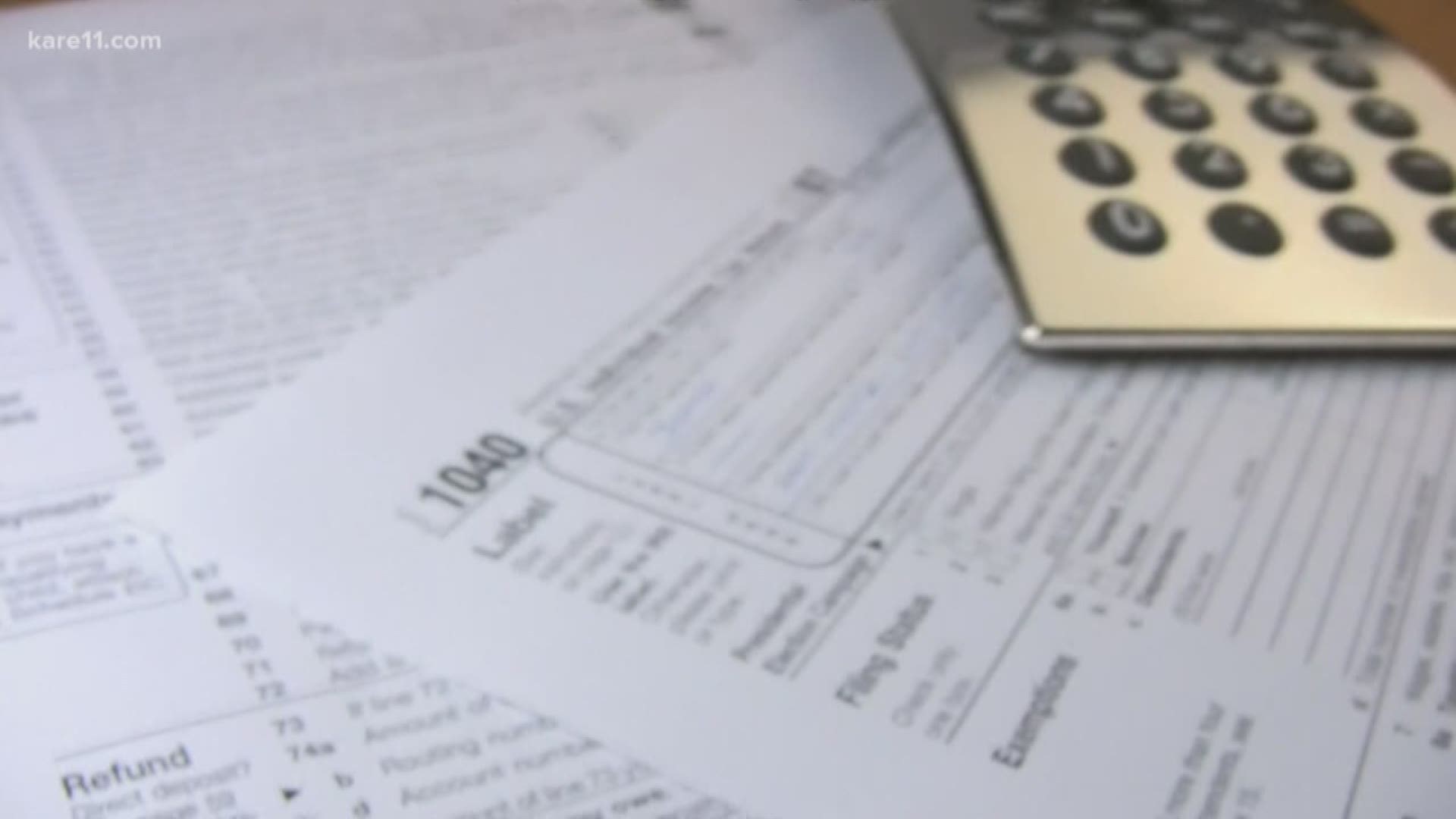 MINNEAPOLIS, Minnesota — Your tax refund might be lower this year than you expected.

According to the Internal Revenue Service, early numbers show the average refund this year is down 8.4 percent, going from $2,035 to $1,865.

It's the first tax season since President Donald Trump signed the Tax Cuts and Jobs Act in 2017.

"The government automatically adjusted the tax tables for withholding and they did it because there was a reduction in tax rates, increased standard deduction, and so there was speculation that people would have a lower tax bill overall," said Steve Warren, a certified public accountant and senior manager at Schechter Dokken Kanter in Minneapolis.

Warren said while some people may see a lower refund or actually owe taxes, it doesn't necessarily mean they're getting less overall.

According to the Tax Policy Center, more than 80 percent of Americans will pay less in taxes overall.

The Treasury Department tweeted out Monday that the refunds are consistent with 2017 levels and down slightly from 2018 based on a "small initial sample from only a few days of data."

According to the IRS, they've received more than 16 million tax returns so far— down 12 percent from this same time period in 2018.

"You either take a standard deduction or, if higher, you take all the deductions like charity, real estate taxes, and things like that, and you take the higher of the two," Warren said. "So now for many of those people, the federal return is simpler for 2018... there were a lot of changes though that are going to make it harder to reach that threshold."

Warren said the people most impacted by the tax changes are real estate and business owners.

Another change is a $10,000 cap on deductions for state and local taxes.

"Taxes are now capped at $10,000. So you take your real estate taxes, your state income taxes, your auto tabs, however much it ends up being where before you could deduct all of it, now it's capped at 10. So a lot of people are going to be taking the standard deduction who used to itemize," Warren explained.

Warren said this change has a greater impact on people in high-tax states, like Minnesota.

It also gets more complicated for Minnesotans because the state did not conform with the federal tax laws.

"What they're doing for 2018 only is allowing tax payers to take the standard deduction on their federal return but still itemize their deductions on their Minnesota income tax return," Warren said. "If you exceed that $13,000 threshold in itemized deductions, then you actually will want to itemize."

Warren said that could be a problem for tax payers who thought because they were taking the standard deduction on their federal tax returns, that they didn't need to keep track of their expenses for their state income tax return.

For taxpayers who haven't filed yet, Warren said there are still ways to save money.

"If you have these items available you can still through mid-April, April 15, contribute to a health savings account, a deductible IRA, or maybe a retirement plan like a SEP IRA or a simple IRA for a business. All those things can still be done to reduce your taxes on your 2018 income tax return," Warren said.

If you're not happy with your refund, Warren said change your withholdings by contacting a CPA to do a tax projection or the IRS has an online calculator.