Out of the 1,257 samples collected, 27 locations came back with lead levels above 20 parts per billion. 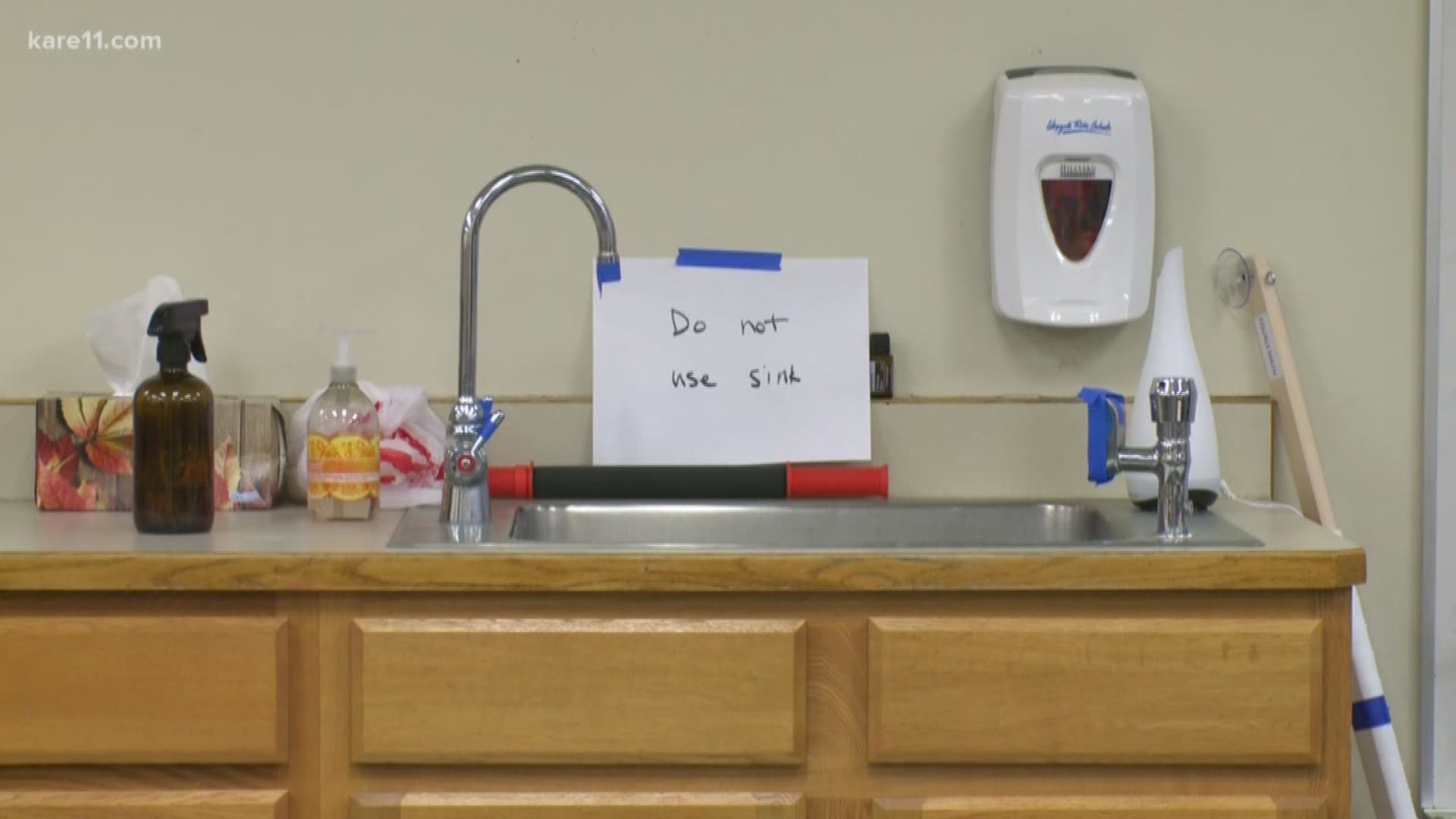 PLYMOUTH, Minn. -- Wayzata Public Schools is taking action after high levels of lead were found in the water at multiple schools.

The district contracted with the Institute for Environmental Assessment to collect samples from every faucet that is currently being used or could be used for drinking or cooking water.

Out of the 1,257 samples collected, 27 locations came back with lead levels above 20 parts per billion (ppb). That is the level at which the Minnesota Department of Health says it's recommended schools take action as soon as possible to reduce and remediate the lead risk.

Credit: Heidi Wigdahl
The results found that eight out of the twelve schools tested had lead results exceeding 20 ppb.

"The initial draw is meant to be worst case scenario. So the water has been sitting in the pipes," said Jon Deutsch, director of facilities and transportation for Wazyata Public Schools.

Parents were notified of the results.

"It's important for us that we're responsive and that we're able to provide this information to our staff and our parents so that they feel comfortable," Deutsch said.

"It does concern me because it's not good for the kids to have that but the Wayzata School District is generally very good at taking care of these problems and hopefully they will have it resolved soon," Wilichowski said.

The state requires public school districts to test their buildings for lead in the water at least once every five years.

"Any samples that were above 20, the fixtures were immediately shut off and weren't used anymore until we can define our remediation," Deutsch said.

Deutsch said they've now done a second round of sampling where water runs for 30 seconds before collecting the sample.

"Some of those fixtures may not have had use for more than a day. It might've been more than a week since the last time the fixture was used. So that's why we want to do the second round of sampling to look at what happens when we do a 30 second flush. And do those lead levels reduce? And we anticipate they will but until we see those results, we really can't do anything right now," Deutsch said.

Deutsch said the 27 affected fixtures will stay out of service as they wait for the results from the second round of testing.

"There really isn't a pattern to it. Even within a building, the sinks aren't necessarily located in the same vicinity," Deutsch said. "We believe that we're looking at individual sinks and so at that point, if it's an older fixture, it may just make sense to replace the fixture and then go through the sampling again."

You can read Wayzata Public Schools' results in detail, here. Scroll to the bottom of the page and click on "Lead-In-Water Testing."

According to the Healthy Schools Network, you have the right to see the test results from your district. Just ask your child's school or district office for a copy of the most recent tests. It's Minnesota law that school districts and charter schools test for lead in water.

The Centers for Disease Control and Prevention said no safe blood lead level in children has been identified. It can cause developmental delays, damage to the brain and nervous system, and hyperactivity.