German prosecutors found Judy Meisel in Minnesota. She is one of the few who survived the Stutthof camp where 65,000 had been murdered. 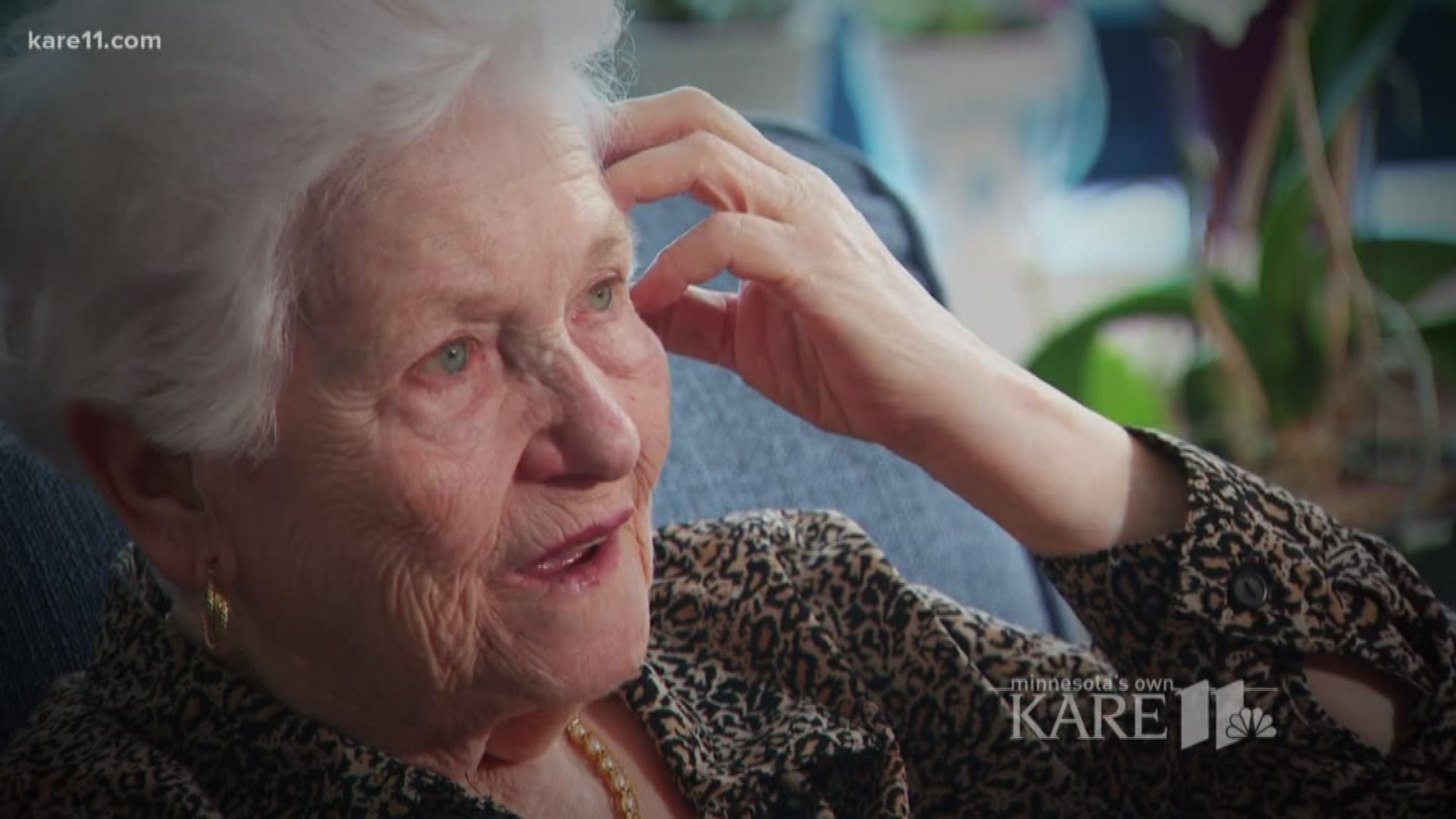 MINNEAPOLIS - Judy Meisel was 11-years-old when the Nazi's drove her family into the Jewish Ghetto.

She was 14-years-old when they took her, her sister and her mother to Stutthof-a concentration camp in Poland in 1944.

“My mother would say, at least we have now, we got to live now day by day,” Judy recalled.

When Judy arrived she said the guards began their torment.

“I had beautiful hair, they used to call me Shirley Temple,” Judy recalled what friends would say to her before she was taken to the camps.

On her first days there, Judy said she was told to hold still while her hair was ripped from her head so the Nazi guards, could use it...for their children's dolls.

“All of a sudden they took my mother - I said where are you going and I said I don't do I want to go with…my mother dropped my and I don’t know what happened and she yelled 'run, run, run,” Judy said.

Her mother was murdered in the gas chamber.

Judy did run that night and again that winter when she and her sister escaped finding nuns who took them in, then a family and then eventually finding liberation in Denmark. In the 76 years since, Judy came to Minnesota by way of Canada. Along the way, telling her story many times because she was told, by Elie Wiesel, that it was her duty.

“He always said to me when you are talking tell the people they are now witnesses,” Judy said.

And as she created witness then in tens of thousands of people she hardly suspected her story would have to be told, on the record as a witness all these years later.

In June of 2017, Judy was contacted by some lawyers in Germany. The reason? They wanted to find any survivors of Stutthof that they could to see if they could complete and investigation of two Nazi guards that they had found.

In an online search, those German prosecutors found Judy in Minnesota and she is one of the few who survived the Stutthof camp where 65,000 had been murdered.

Those prosecutors came here and spoke to Judy who told them not only what those guards did but she positive identified one of them. Judy's memory of that guard, 94-year-old Johann Rehbogen was enough to get him indicted. Enough to possibly put him on trial next summer as an accessory to the murder of thousands.

So for her, her family, is this accountability for the Holocaust in some small way? Is it justice?