The 11-year-old was hit by a car after getting off a school bus Friday afternoon. 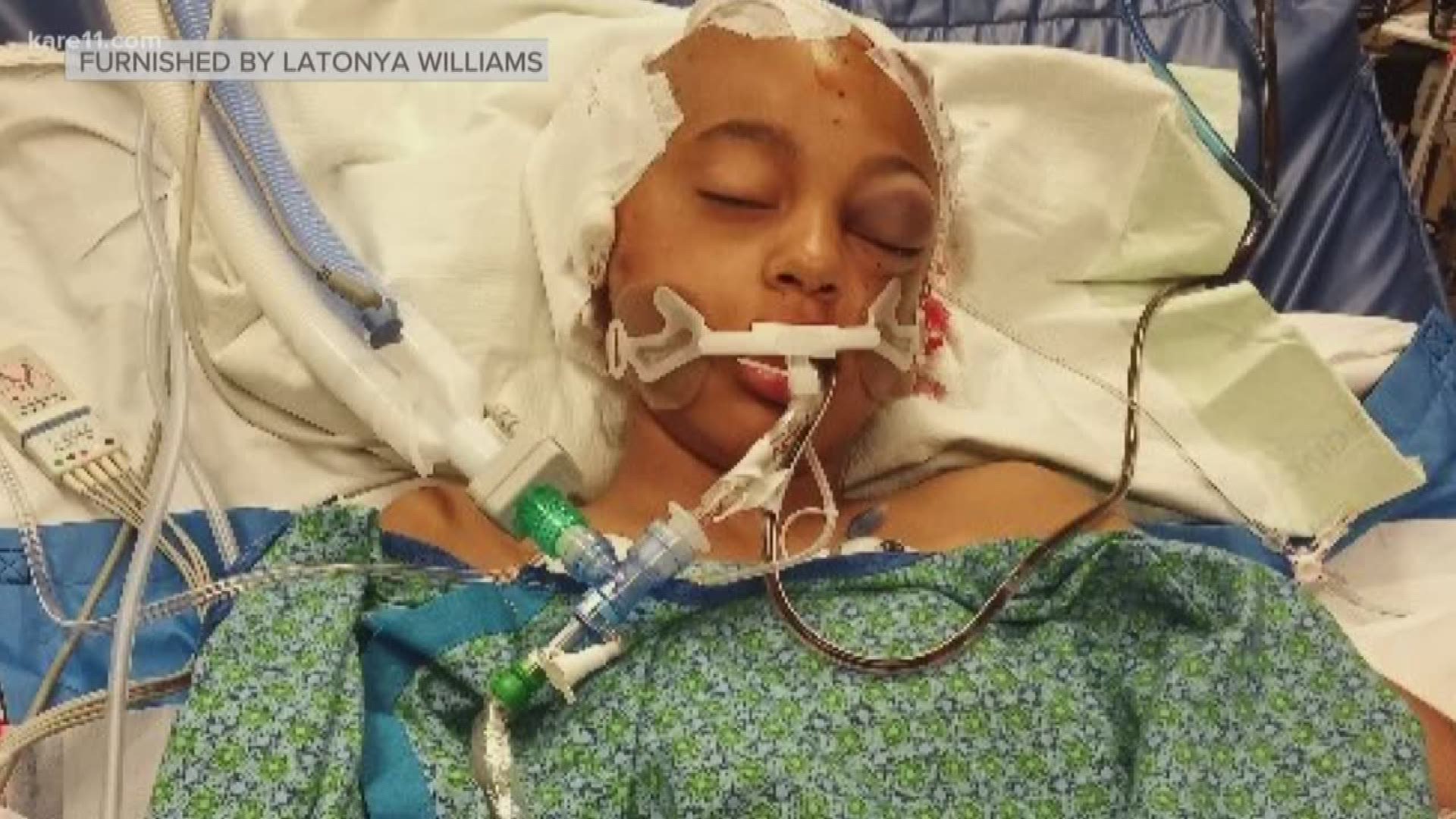 At their North Minneapolis home, where does LaTonya Williams begin when talking about her daughter Shianne Dean.

She's indeed fighting Sunday evening. Two days ago, police say she was hit after getting off a school bus Friday afternoon at the intersection of Penn Avenue North and 23rd Avenue North.

"And all I can see is my daughter laying there with her eyes rolling in the back of her head," said Williams.

Shianne is in critical condition at North Memorial.

"She was getting off the bus coming from school, from learning, and you struck a child," said Williams. "That's not fair."

There are questions about the bus' stop sign, which witnesses say did not come out at the time of the incident. Officers say that is part of the investigation.

Monarch Bus Company, the operator of the bus involved in the incident, released the statement shared below.

"At approximately 4:50 p.m. on Friday, May 3, a fifth grade student from Stonebridge World School exited a school bus operated by Monarch Bus Service at the intersection of Penn Avenue and 23rd Avenue North. While crossing Penn Avenue, the student was struck by a passing car. Student safety is of utmost importance to us, and that is why our foremost thoughts and prayers are with the student, her family, and the entire Stonebridge World School community. We are working with local law enforcement and the school during the ongoing investigation of this incident. "

Meanwhile, everyone is hoping Shianne makes a full recovery.

"Hoping and praying for a full recovery," said Williams. "She's strong. I said it ain't time for her to go. Shianne is coming home."

A GoFundMe account has been set up for Shianne's family to help pay for her growing medical expenses.