Hopkins Memory Café offers support to those affected by dementia

A new monthly Memory Café at the Hopkins Library offers support to those affected by dementia. 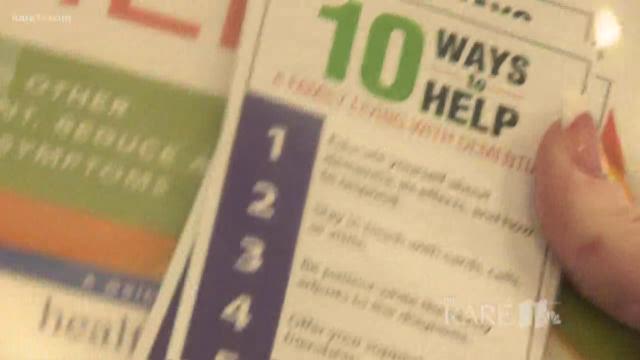 HOPKINS, Minn. -- There's a new pop-up Memory Café at the Hopkins Library where people living with dementia and their caregivers can find support.

Tuesday afternoon was the kickoff event for the monthly meetups.

"There's just so many ways that it can affect a family or a person trying to live within the community," said Augustana Chapel View Admissions Director BillieJo Armstrong.

Memory cafés first became popular in Europe. According to Armstrong, they started popping up in the Twin Cities about seven years ago.

Activities may include everything from memory games to discussions that are relevant to caregivers.

The Memory Café is part of Hopkins' effort to create a dementia-friendly community.

"I think over the years there's definitely been a movement. It used to be such a disease that was kind of hush-hush. It was, we didn't talk about it openly... it was just accepted and not discussed. Where now people are talking about it and it's more openly discussed," Armstrong said.

Other efforts include participation from businesses in training to become dementia-friendly businesses, as well as memory-minder kits.

"Things that are included in that box to keep the brain active and going for the person affected with dementia and these activity kits, every single one is different. Our goal is to have multiple ones at a lot of different locations that you can check out just like a book," Armstrong said.

The Hopkins Library currently only has a couple. Armstrong said they are hoping by March to have at least 10 memory-minder kits at the library. They will also be used at the Memory Café.

Armstrong stressed that this is a way to support everyone affected by memory loss; it includes the chance for caregivers to connect.

"They kind of get a sounding board to express what's going on and to have someone else say, 'I feel the same way' is like a huge relief to a lot of them," she said.

It's free to attend and there will be complimentary refreshments, as well. The Memory Café will be offered monthly on the second Tuesday of each month from 4 p.m. to 5:30 p.m. at the Hopkins Library.

For more on dealing with dementia and other topics involving aging, you can call the Minnesota Board on Aging Senior LinkAge Line at 1-800-333-2433.