Hopkins Public Schools is one of two districts in the nation to try a new system that predicts when a vehicle will illegally pass a stopped school bus. 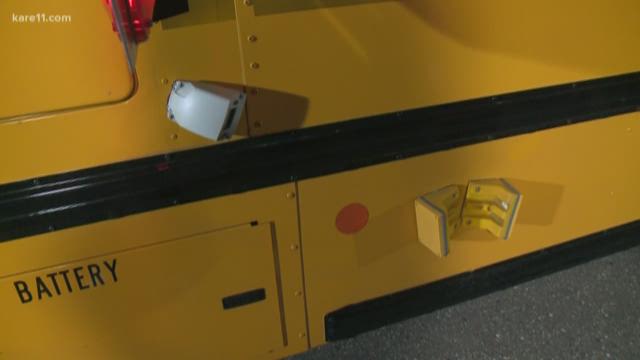 It's a problem across the nation: drivers passing stopped school buses.

Our KARE 11 team continues to hear about this issue from communities in Minnesota.

We've reported on cities like Bloomington and Eagan cracking down on this kind of violation.

We've just learned that Hopkins is trying something brand new in trying to keep kids safe.

The school district is testing out the Predictive Stop Arm (PSA). It's a system created by Safe Fleet, which uses radar to predict when a vehicle will pass a stopped school bus.

The system then warns students with speakers on the outside of the bus and warns the driver with indicators inside the bus.

Inside at the driver's seat, are two indicators which light up different colors.

One warns the bus driver of a vehicle that is approaching and to warn the bus driver when a child is within 10 feet of the bus. When a vehicle is about to pass the bus, an audio warning sounds outside of the bus telling students not to cross. 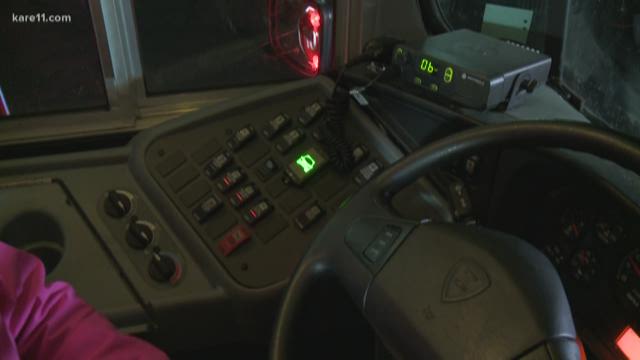 On the outside of the bus, there is also a camera that helps monitor the presence of humans, not just cars. This camera helps in situations such as a child getting their backpack stuck in the bus door.

The second indicator inside the bus is shaped like a person and warns the driver if a human is too close to the bus at the wrong time.

Hopkins has been testing this system for a month and plans to for the next year. Derrick Agate, the district's transportation supervisor, says he heard of the technology at a conference. Agate also serves as the President of the Minnesota Association of Pupil Transportation.

"Our number one call in our job is to keep the kids safe and this technology helps us to do that," said Agate, who says this system is more appealing to him than just using cameras on the bus and focusing on drivers who break the law.

He likes that there is an audio warning for kids to not cross the street.

"We have the video, we have all the information, but more importantly, the child never stepped out into the street to begin with," Agate said.

Andrew Kropp has been a bus driver for several years and sees people passing his bus illegally every day.

"At least one a day. Sometimes two sometimes five. I've had lines of cars blow straight though I mean they just don't care or they don't think they have to stop or they don't see kids crossing and don't think it matters," he said.

Safe Fleet says there is a second school district in Florida that is testing out the technology, but it expects it to be officially released in May or June.

"When you get feedback that's 'Hey your system helped us make a child safe,' that's the best feeling you can have," said Tom Brodsky of Safe Fleet.

To see a timeline of our recent coverage of bus stop safety, visit our Instagram page.