This report projects a grim consequence of the effects of climate change on the Midwest and its industries over the next 100 years. 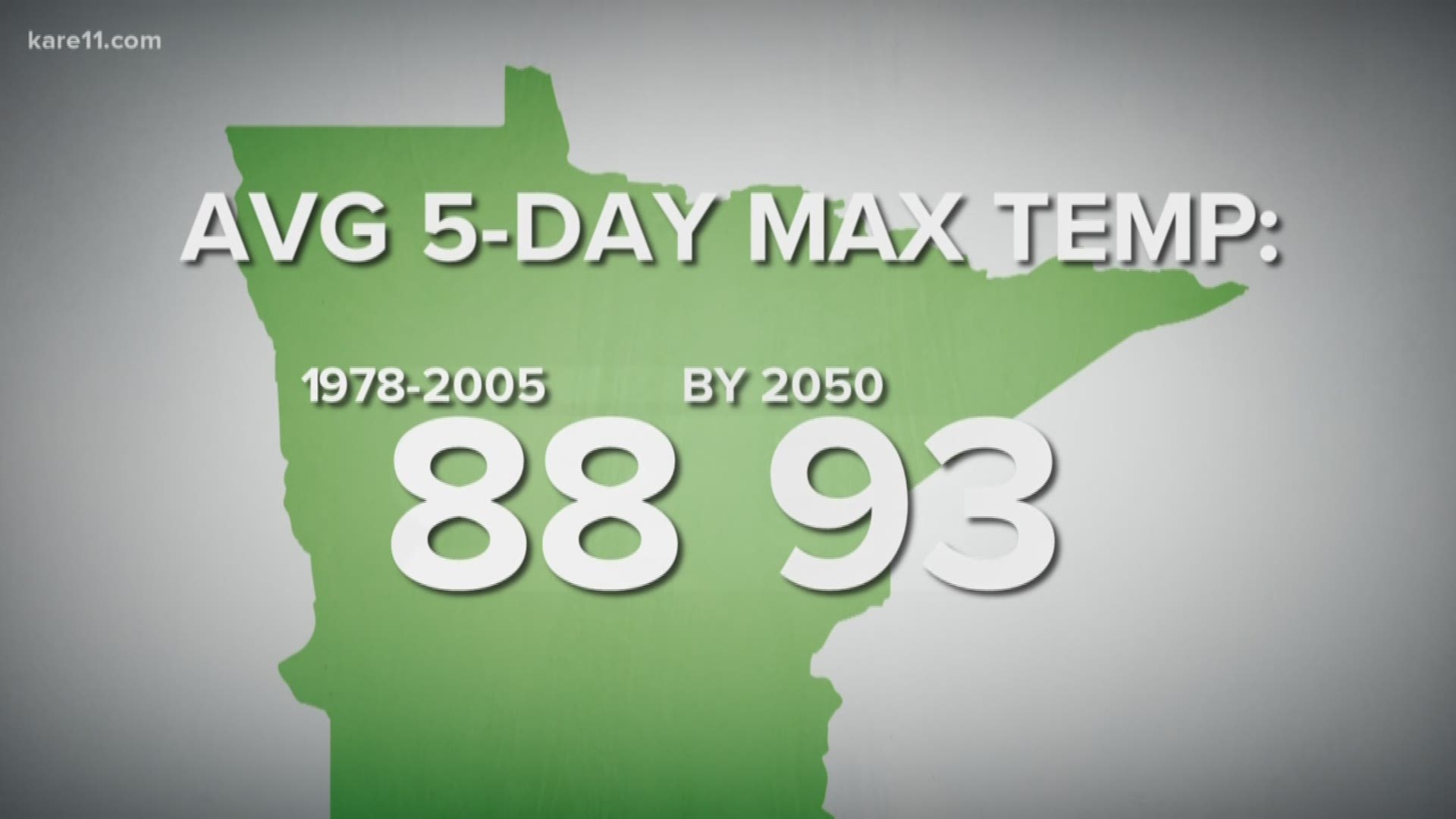 GOLDEN VALLEY, Minn. – Black Friday can be a pretty potent smokescreen for anyone looking to bury a story. To put it another way, if you wanted the public to really absorb something, Black Friday is not the day you'd want to release it (or any Friday for that matter).

That said, the most comprehensive climate change report by our government including 13 federal agencies and 300 scientists was released on Black Friday.

So we thought we should maybe look into that.

Specifically, this report projects a grim consequence of the effects of climate change on the Midwest and its industries over the next 100 years.

Trends toward a warmer, wetter and more humid climate will continue to negatively impact agriculture, manufacturing, ecosystems, and everyday life unless more is done to curb climate change, according to the report.

“Climate change is affecting us now, and in fact it's affecting Minnesota faster than most parts of the country,” said John Abraham, professor of Thermal Science at the University of St. Thomas. “It's turning Minnesota into a state that's going to look more like Iowa, Illinois and Missouri.”

Abraham says slight variances in humidity and precipitation will have profound impacts on agriculture and forestry, among other areas.

“Remember 2012? We had a heat wave in the U.S., but it cost us $35 billion in crops. The average temperature that year was a couple degrees above normal. Can you imagine when it's 9 degrees, 10 degrees? It's going to be a different world,” said Abraham.

It specifically cites northern Minnesota where the average five-day max temperature was 88 degrees from 1978-2005. The report suggests that from 2036–2065, the same average will jump to 93 degrees, maybe as high as 95 degrees.

Two days before this report dropped, President tweeted “Brutal and Extended Cold Blast [sic] could shatter ALL RECORDS - Whatever happened to Global Warming?”

So we asked Abraham how we can have record low temps but still be experiencing climate change?

“You have to understand there's a difference between weather on one hand and climate on the other. Climate is the long-term trend. You don't want to prove climate change by one warm day or disprove by a cold day. You have to look at the long-term trends, and what we are seeing is really clear. It's all about averages,” said Abraham.