His teachers began to worry when he appeared in the same clothes each day, and by the end of the week, he hit a student, then slapped his kindergarten teacher across the face. 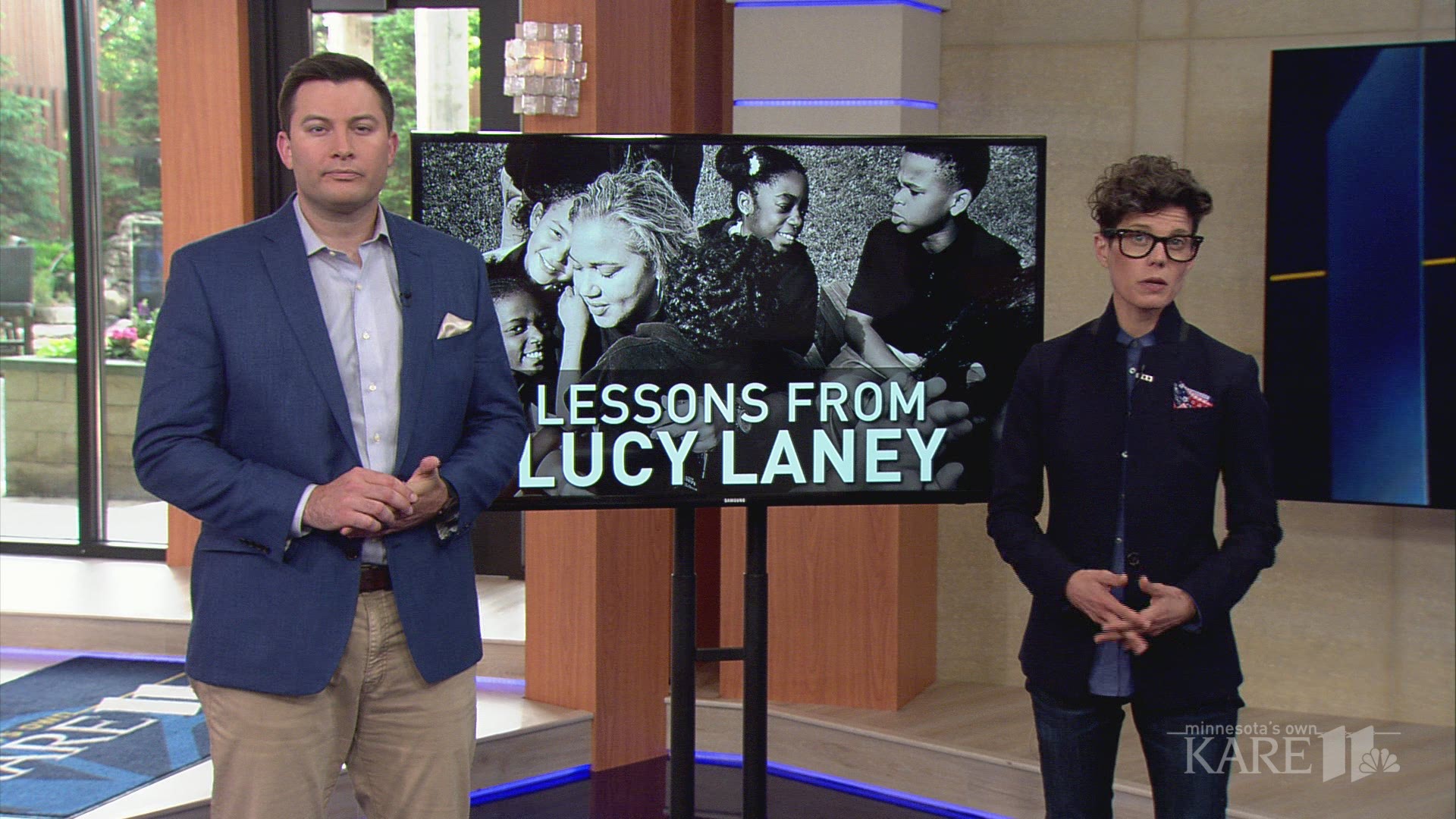 MINNEAPOLIS - Five-year-old La'Shawn just transferred to Lucy Laney Craft Elementary mid-year, and on the first day in his new kindergarten classroom, he was sent home for aggressive behavior.

His teachers began to worry when he appeared in the same clothes each day, and by the end of the week, he hit a student, then slapped his kindergarten teacher, Phebe Carr, across the face.

The school didn't suspend him that day, in fact, he left after a school meeting with this mother, and with a hug from his teacher. His story is just one showcasing how Lucy Laney was able to dramatically reduce suspensions.

"You can see he needs to be here, if you keep sending him home we are not solving any of the problems. The problem is he has no idea what school is like," said Carr.

La'Shawn had already shuttled through four schools this year, leaving principal Mauri Friestleben to grapple with a heavy decision.

"Here is our chance. This literally right now for him is a moment in time. This is one path or another. He won't get another one. Literally this kid we could talk about years from now. We saw it, almost like a bleeding, open, gaping, hemorrhaging wound, and we applied pressure, and we didn't let go. Complete healing," said Friestleben. "Or this could be another statistic, another blip on the screen, another school on the record before he is off to his next school."

Minneapolis Public School leaders have been struggling with this reality for years, staring down a microcosm of a nationwide dilemma, with black students still three times as likely to be suspended compared to white students here in Minnesota and across the country.

In 2014, Former Minneapolis Superintendent Bernadeia Johnson implemented a suspension ban for non-violent behaviors of preschoolers, kindergarteners and first graders, in part to address federal scrutiny over a dramatic disparity in discipline between white students and students of color.

Three superintendents later, despite the Minneapolis district's efforts to reverse the statistics, last year in Minneapolis schools, black students were 41 percent of the overall student population, but made up 76 percent of the suspensions.

Overall, in the past five years, the district has made headway, seeing suspensions decline 28 percent.

Instead of sending students home, Lucy Laney is now keeping disciplinary action within the walls far more often. In-school removals have skyrocketed more than 560 percent in the past five years, to keep a population of students in vulnerable situations safe and learning.

The school has also dramatically decreased referral rates, when a teacher has written a student up for violating the behavior policy. Attendance rates have increased every year. To Friestleben, the results represent the fruits of creating a "tribal" atmosphere children don't want to be separated from.

"It goes all the way back to ancient civilization. There are all these concepts about belonging, group mentality, tribal belonging? So, is there a way you can create a tribal mentality for a whole school? They are loved here, and embraced here and this is their tribe, what we have learned over time, to make suspension work, it has to be one of the last boxes on your checklist – has to be caused harm in some way shape or form to other children, and they have to understand we are their school family," said Friestleben. "They begin to internalize that a they are part of something bigger. It's like a deposit, you fill that bank account with all those deposits, and they don't want any withdrawals."

One force behind the progress, is the school's behavior dean, Morgan McDonald, hired because he understands the root cause. He's a Chicago inner city kid who once faced his own moment in time.

Why in his office, McDonald uses boxing to diffuse anger and trauma his students face, just one intervention when it comes to behavior. He takes students to the Northside boxing gym in the neighborhood after school, where his son, who also attends Lucy Laney, is a nationally ranked boxer.

"You want to pull as many kids as possible on this side of the fence that can see the light, because of a lot of them there is going to be a storm for a long time," said McDonald.

An estimated 90 percent of Lucy Laney student live in poverty. The school has the highest number of referrals to child protection serves in the district. Staff members frequently use other interventions like family conferences, home visits, and in-school punishments before considering suspension, to keep students in a safe, stable learning environment.

"I think of the years where multiple children were losing it all through the day, day after day, holding them, rocking them, driving them home, sitting with family, day in and day out, to stay consistent, predictable, firm. The energy it has taken to get to this point is amazing and worth it and I want people to take our word for it, if you do the hard work, you will get the good outcomes on the other end," said Friestleben.

For cases like La'Shawn's, school staff tailored a personalized approach. One month after he slapped his teacher, La'Shawn did not move onto another school. Instead, he's attended kindergarten half days at Lucy Laney, until he could handle a full day. After further interventions, he moved in with his father.

"We need you," Friestleben told LaShawn in a family conference. "You have been a whole different child, we are proud of you."

Healing. A kindergartner on a path forward, because his school didn't let go.

"People had to roll the dice in the beginning, they had to give me the benefit of the doubt and trust me that I was not excusing behavior but I was explaining it, while also holding children accountable, trust me, we had many La'Shawns," said Friestleben. "We are reaping the harvest now."

To see Lucy Laney's data on disciplinary referrals, or to search disciple records of any Minneapolis public school, click here.