How much do Uber, Lyft drivers make

For both companies, there are many factors to consider, including the driver's location, time of day, and whether surge prices apply. 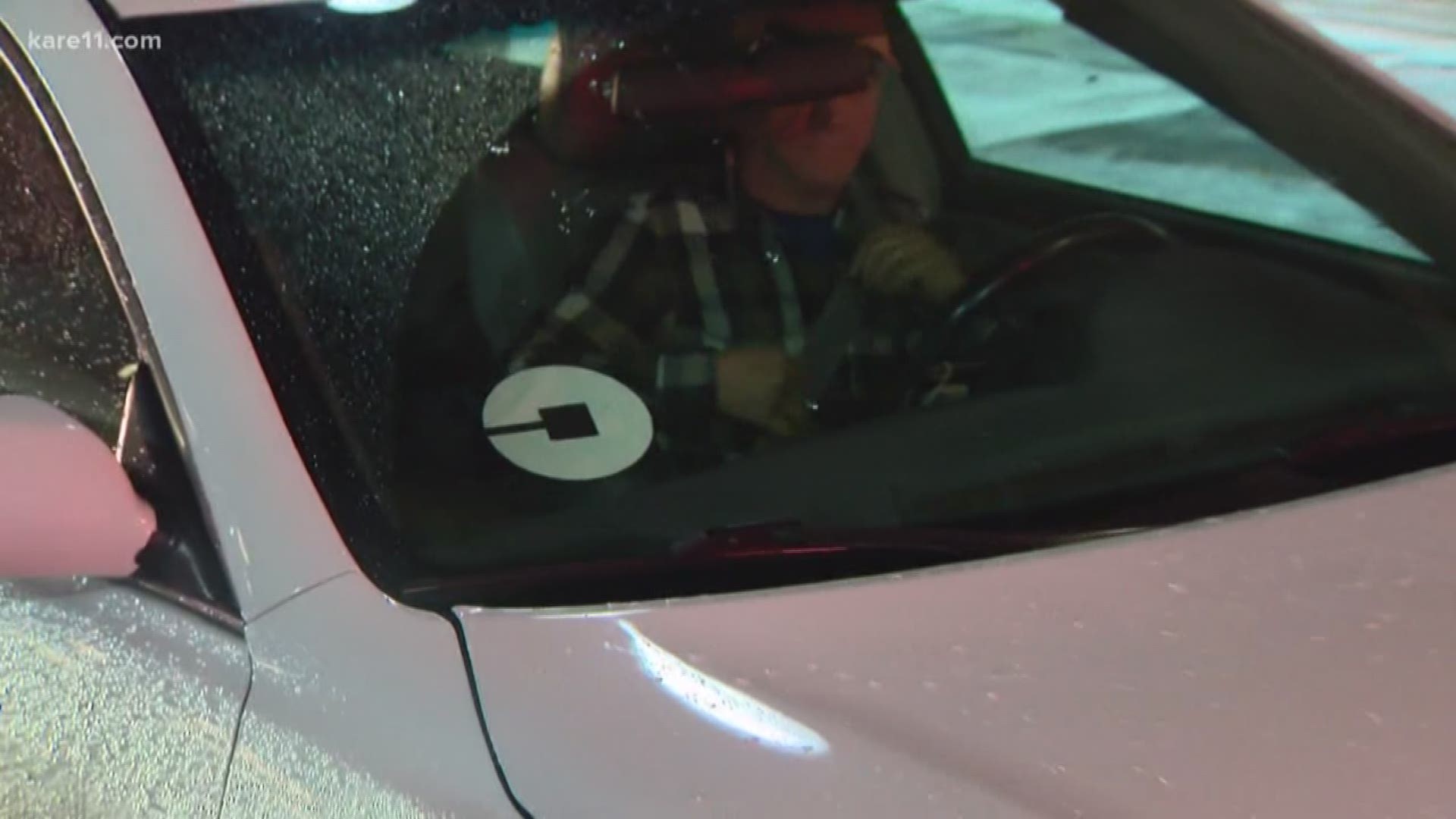 GOLDEN VALLEY, Minn. — For several weeks now, the winter weather has been keeping car repair shops busy and many people are taking Uber or Lyft while they wait for their cars to be fixed.

We know ride sharing helps us out in a pinch, but is it worth it for the drivers? KARE 11 Sunrise reached out to Uber and Lyft to find out just how much money a driver could make in one day.

For both companies, there are many factors to consider, including the driver's location, time of day, and whether surge prices apply.

"Drivers earn based on the work they perform and have full transparency into what they earn, what a rider pays and what Uber makes on every trip," an Uber spokesperson said.

Uber drivers can view "rate cards" to see exactly what they earn for every minute and mile they drive. The company also redesigned the app so that drivers can see exactly how much they've earned on a given trip and how it's calculated. Previously, the app showed gross pay.

Neither Lyft nor Uber provided specific data about how much money drivers make in the Twin Cities area.

However, a California man has some numbers to share. Harry Campbell is founder of the Rideshare Guy, a blog, podcast and YouTube channel for the ride share community.

A driver himself since 2014, Campbell conducts an annual study. It involves surveying more than 1,000 drivers across the country.

"In our most recent survey, we found that drivers actually earn around $16-17 an hour before expenses," Campbell said. "So that's on average and certain cities like San Francisco for example you actually might be able to earn $5-10 more just because of the city."

Another key finding had to do with driver experience. Campbell says drivers with more experience made about $5 more than inexperienced drivers with 500 trips or less.

"Some drivers say that they actually prefer driving for Lyft because it has a more driver friendly culture but I think a majority of drivers actually end up earning more with Uber just because it's busier," Campbell said. "Uber has a majority of the market share in the United States so a lot of the smaller to medium cities especially you find that Uber is busier and therefore drivers will make more money with Uber because of that."

Whether it's for Uber or Lyft, ride share drivers are certainly worth a lot to those of us who need a ride.

Should you wash your car during snowy weather?

Lifting up Lainey: Parents fight for baby with rare disease