How women won the right to vote in Minnesota

The Minnesota Historical Society is partnering with the League of Women Voters on an exhibit, set to open in late 2020, marking the centennial of suffrage in the U.S. 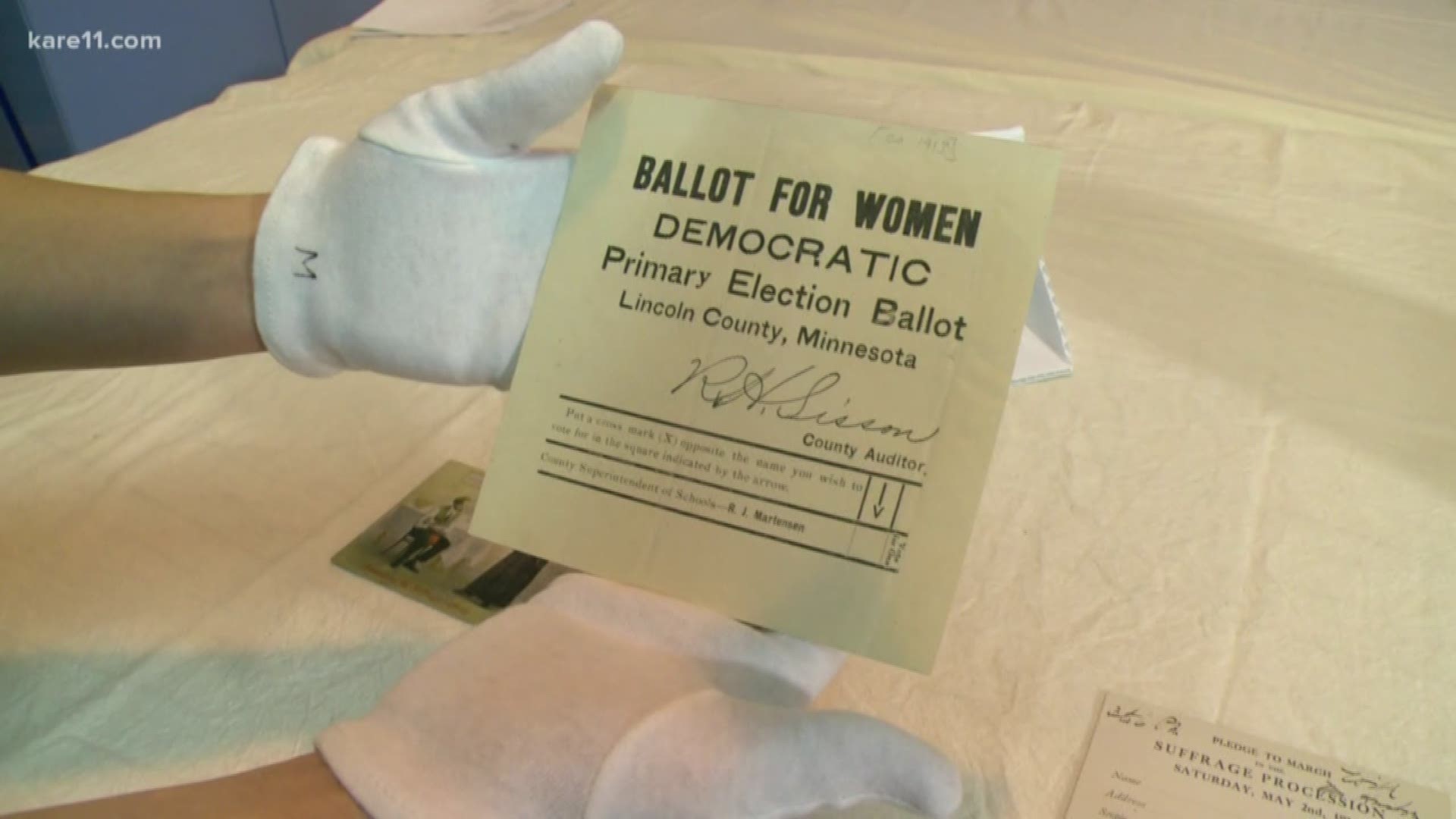 ST. PAUL, Minn. - It's been nearly 100 years since women were first granted the right to vote in the U.S.

Many Minnesota suffragists played a role in the passing of the 19th Amendment.

"Minnesota women were active early on in the movement," said Sondra Reierson, a 3D objects curator with the Minnesota Historical Society (MNHS).

"So the movement really got going in 1850s ... and in 1875, Minnesota women got their first chance to vote in school board elections and shortly thereafter the Minnesota Woman Suffrage Association was started in Hastings," Reierson said.

"She got over 2,000 people to march down the streets in support of suffrage," Reierson said.

Reierson showed KARE 11 some pieces of history held in the MNHS Collections Storage related to the women's suffrage movement. Reierson held up a piece of a woman's sash from 1897 with Susan B. Anthony's signature on it.

Credit: Heidi Wigdahl
Sondra Reierson holds up a piece of a woman's sash from 1897 with Susan B. Anthony's signature on it.

"That's when the national conference was here at First Baptist Church in Minneapolis," Reierson said, referring to the Equal Suffrage National Conference and Minnesota State Convention in 1897.

MNHS is partnering with the League of Women Voters on an exhibit marking the centennial of suffrage in the U.S. It's expected to open in late 2020.

"These women are products of their own time. So when we talk about women's suffrage, some of the women involved in women suffrage were not in favor of all people of color having the vote, for example. So that can be a layer of complexity that we don't often get to talk about but I hope we'll be able to explore that in the exhibit," Reierson said.

Credit: Heidi Wigdahl
The Minnesota Historical Society has many banners in its collection related to the women's suffrage movement.

You can also find the Minnesota Woman Suffrage Memorial in St. Paul. It displays the names of 25 Minnesota women who fought for the right to vote.

Reierson, wearing her own "I Voted" sticker, said, "I think the more you know about the fights of the past to get the vote, the more you see the value of your own vote today."