The carjacker took a Toyota Highlander from a Hudson couple. One of the victims says the suspect had a gun. 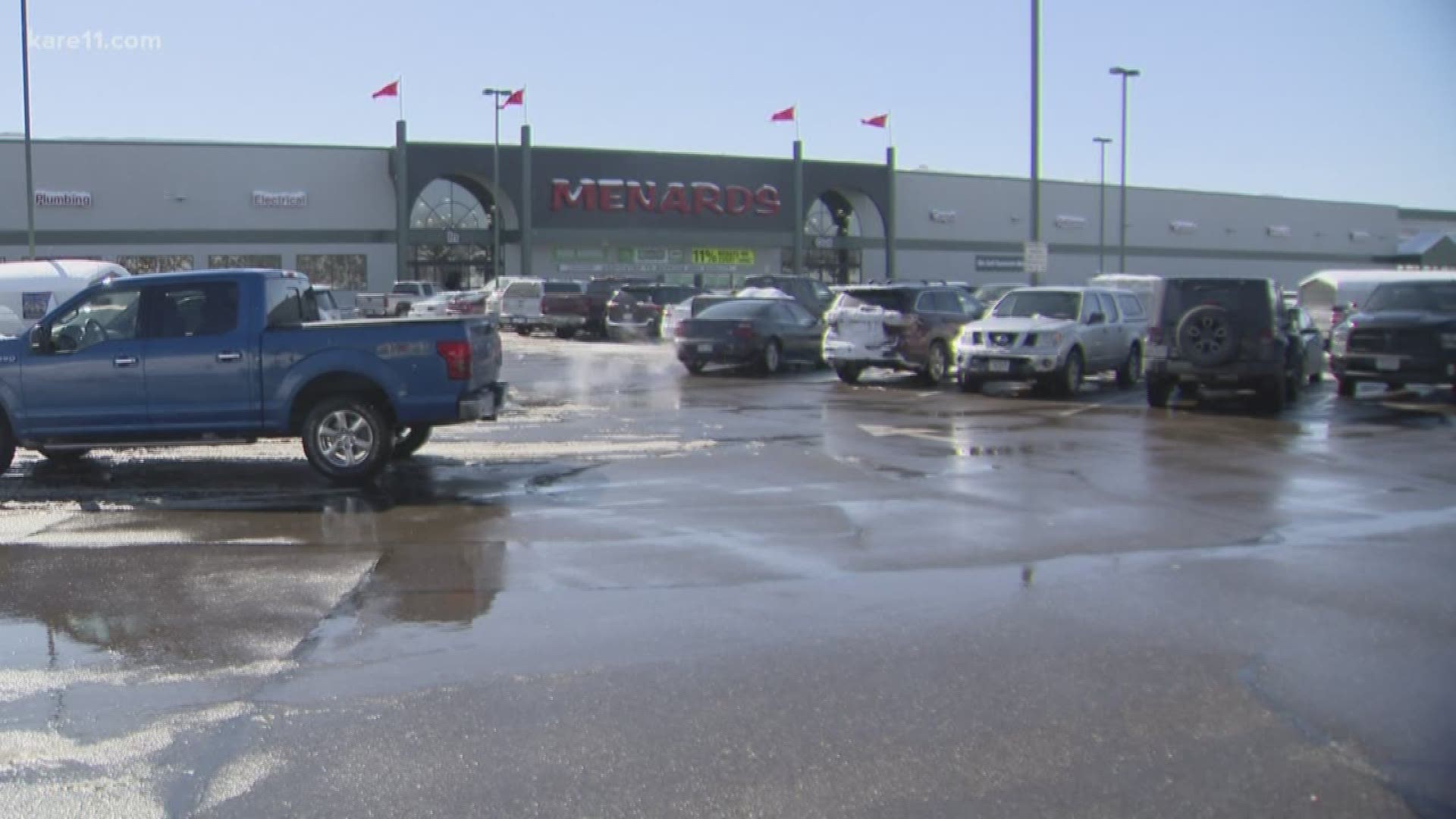 HUDSON, Wis. — Tab and Sally Hanson were having a lovely Friday. Thinking about their two dogs, the Hansons say they made the Hudson Menards their last stop on their round of errands.

"I told Tab I'm going to run into Menards real quick to grab a chewy bone for the dogs," Sally said.

Tab says he and their dog Lucy waited for Sally in the car. That's when he says things took an odd turn. It began with a man who hopped into the driver's seat.

"He opened the door up, entered the vehicle and I saw the gun," Tab said. "I pretty much knew he wanted the car at that point."

Tab says the man was may be in his 20's with a light mustache. He says he asked Tab to leave the car. With the gun in sight, Tab says he didn't want to argue so he quietly exited.

"He drove away like he owned the car you know?" Tab said.

Also at the wrong place at the wrong time was their poor dog Lucy. The Hansons say after Tab left the car, the man drove away with Lucy still inside.

"I was freaked out because my dog was gone and it had been 15 to 20 minutes still in the parking lot talking to the cops," Sally said. "Someone called my cellphone and I had these tags on [Lucy] with my phone number on there, and this woman had picked her up."

It's unclear when the carjacker let Lucy out of the car but MNDOT cameras did catch him in the stolen Toyota SUV leading Hudson police in a chase over the St. Croix River, through Minnesota, all through a snowstorm.

Police say they eventually called off the pursuit because of weather. Their last sighting of the car near Oakdale and Lake Elmo.

"He has new tires on it," Sally said with a sigh. "Full tank of gas! He hit the jackpot."

The Hansons say they're glad they're all unharmed but they would still like to have their car back. They also say it's the last time they'll be taking chances in a parking lot.

"Don't ever leave a parking lot with your car running," Sally said.

"Even with people in it, and a dog!" Tab added.

Hudson police are asking for the public's help to spot a black 2013 Toyota Highlander with Wisconsin license plates 179-VRZ.

If you have any information you should contact the Hudson police department at 715-386-4771.