Plans are in place for a big development project on the land of the former Twin Cities Army Ammunition Plant and are expected to be approved in April. 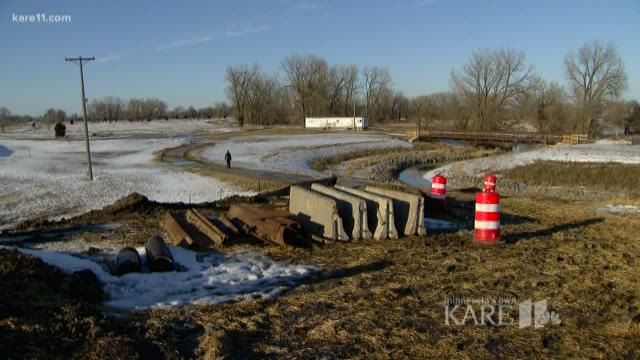 Alatus - the developer behind the Rice Creek Commons - Ramsey County are close to finalizing the framework for the plans.

Ramsey County Commissioner Blake Huffman is enthusiastic about what the project will bring.

Phase One of the plan calls for 150 single-family homes, a town center with condos, apartments and retail and commercial offices.

"4000 really good paying jobs. When fully built out, about 8 million dollars in property taxes on an annual basis," Huffman said.

The 427 acres of land once was the home to the Twin Cities Army Ammunition Plant. It then was one possible site years ago for a new Minnesota Vikings stadium. Huffman opposed the stadium but is all in favor of the development.

"I don't know that it wasn't a fit, but what's happening here fits better. Housing. Jobs. Tax base. Just something this area really needs," Huffman said.

Huffman says every acre of the land has been cleaned and is pollution-free.

If Ramsey County approves the plan, later this year they'll finalize designs of roads and infrastructure. Next year, the roads will be built. And in late 2019 or 2020, businesses will start to build.