Huge indoor waterpark could be coming to MOA

The city of Bloomington and MOA are moving forward with plans to construct one of the biggest indoor waterparks in the country. 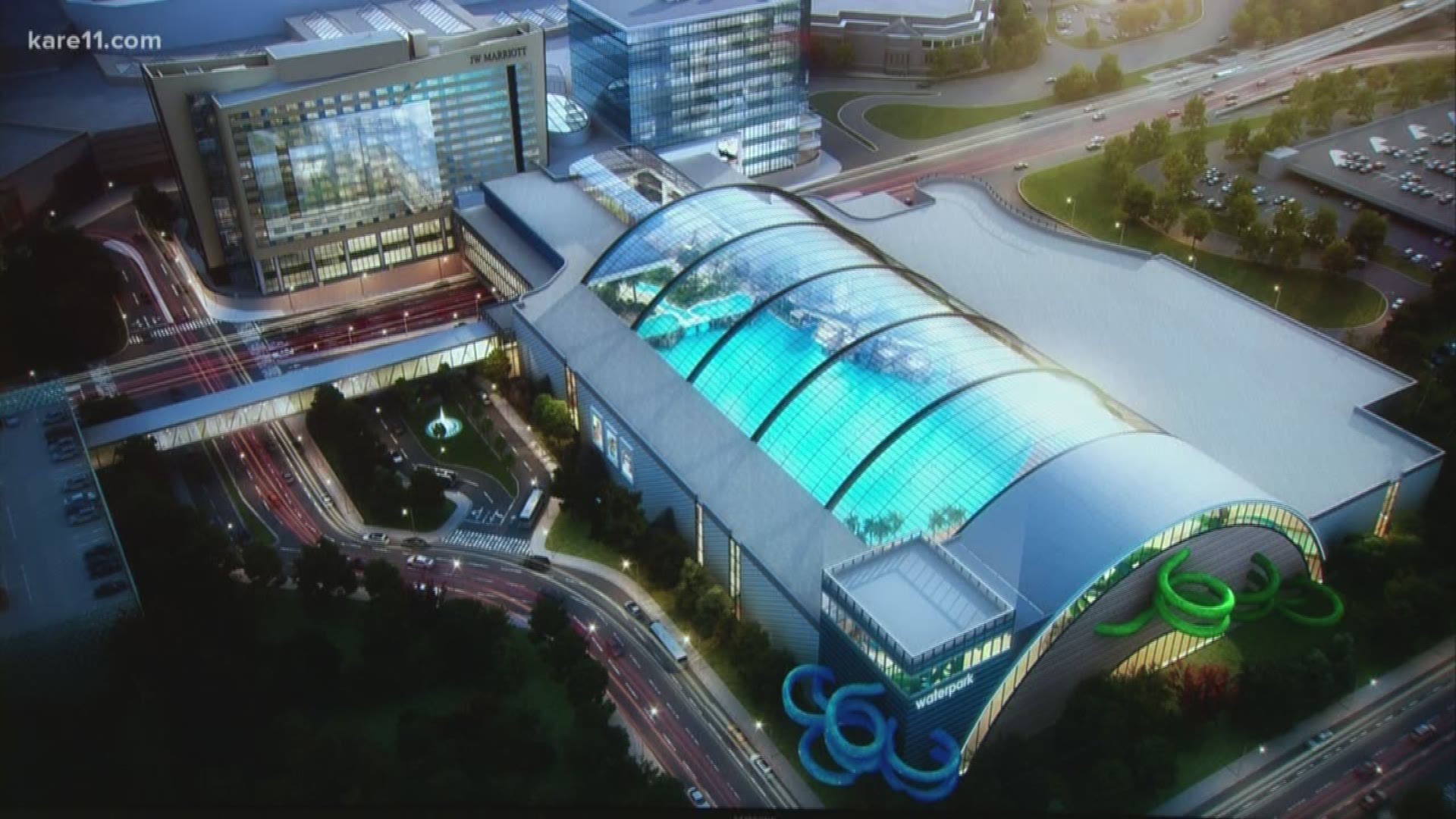 BLOOMINGTON, Minn. - If you thought the Mall of America couldn't get any bigger, think again.

The city and the mall are moving forward with plans to construct one of the largest indoor waterparks in the country.

The park has been part of an expansion plan for the mall for years, according to a proposal submitted to the Bloomington City Council. The current plan is that the new waterpark would be attached to MOA's north front door, east of IKEA, in what is now a parking lot.

The building itself would be about 250,000 square feet, with the total area even larger, making it the largest or second-largest water park in North America. It would cost $230-250 million to build. The waterpark that inspired it, at the West Edmonton Mall in Canada, brings in more than 500,000 people every year.

Under the current plan, construction could start in late 2019 and the park would open in the second half of 2021. The city and the MOA's owners, Triple 5 (T5), would use a nonprofit entity to own the water park so the city does not have to go into debt. They believe the park will be self-sustaining and according to the proposal, no property taxes would be at risk in the project. The city would lease the land from T5, and after the debt was paid off from the project, the city would become the owner.

According to the proposal, a parking structure would be built to make up for the lost parking lot.

There are many factors that could stall the project or cause it to not move forward, according to the proposal.