TrumpWomen2020.org says its main goal is to let others know that its core is "silent but engaged." 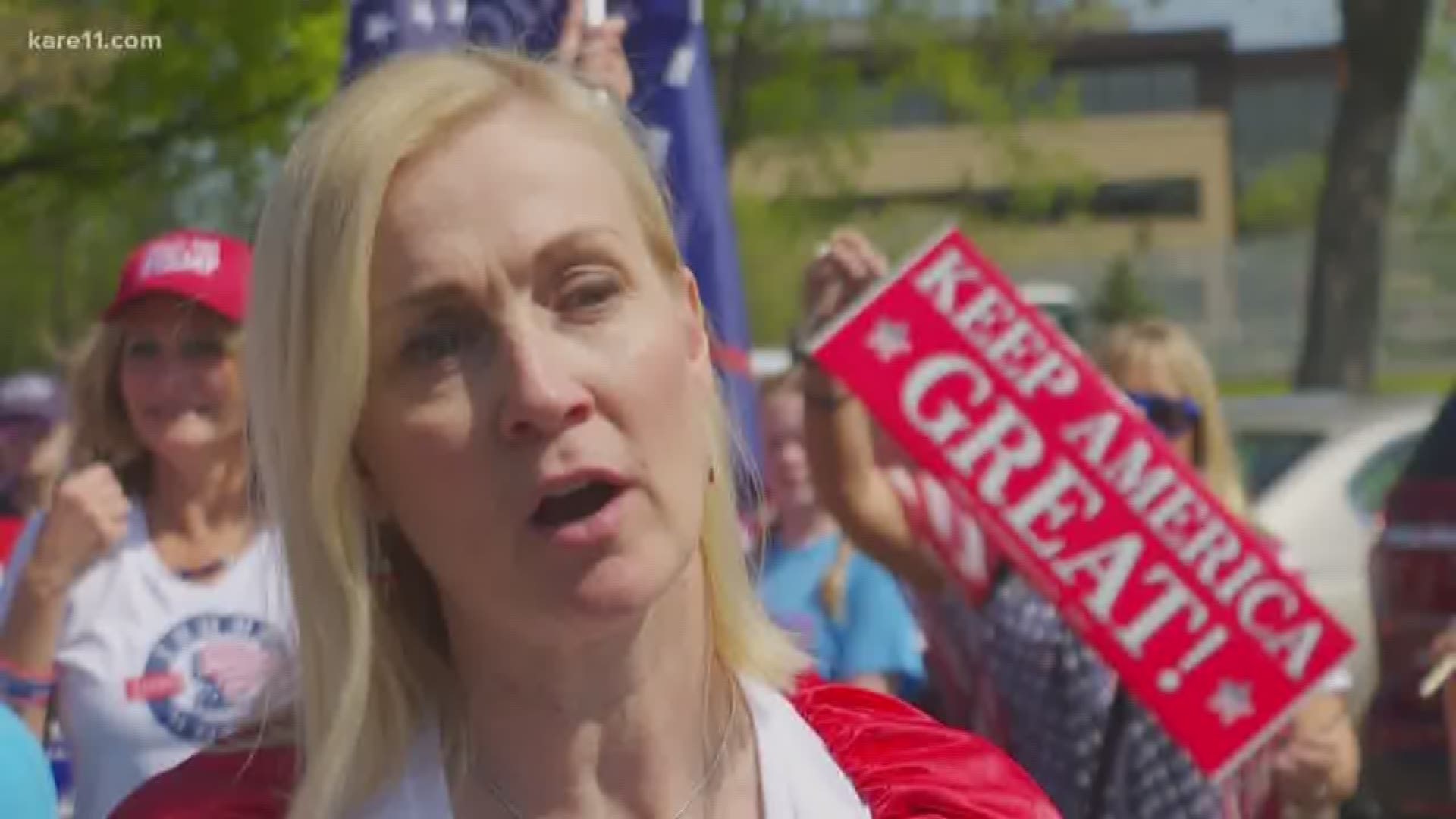 "We are here to celebrate President Trump," Timion explained. "Women love Trump and that's what we want everybody to see."

Timion is the founder of TrumpWomen2020, an organization that supports Trump. Part of its 'about page' reads: "Though we are silent, we are engaged, and we will respond and act with dignity and pride in representing the better aspects of our gender while refuting the harmful behavior of the women we have observed over the course of these past few months."

Everyone in the crowd in St. Louis Park had some sort of Trump gear. Red "Make America Great Again" hats, blue MAGA hats, sneakers with the word "Trump" written on its side--people were donning a great variety.

Just like the gear, many had different reasons for wanting to show up to a midday rally involving a two-mile walk.

"I'm concerned about immigration," one woman said. "Pro-life is my biggest issue."

"I'm proud that he's lowered my taxes for my business," another woman added.

Another man holding an American flag with Trump's face on it said, "I love him 100 percent. He's done so much for our country. He's fighting for us, he's putting America first," when asked how much he loved Trump.

Trump's rhetoric of America first is something that resonated with many of these supporters.

"America was really formed with immigrants," one woman in a MAGA hat said. "Now it's nothing but immigrants coming here for free goods. They have to be supporting themselves."

Timion said she saw these people around her, especially women who shared her feelings, and decided to organize TrumpWomen2020.

Timion said her mission is simple. They want others to know some people like Trump. Full steam ahead for the 2020 elections.

The rally with its flags, cheers and occasional honks from cars driving past, did come as a surprise for some in the area.

"I think you know, it's shocking," Riley Simonetti said. "I've lived in this neighborhood my whole life. I've never seen anything like this over here. This is a real surprise. I wasn't expecting this at all on a Tuesday afternoon."

There were also others who did not agree with the supporters.

After all, what makes America great is that you can have opinions and freely express them.

In 2016, 42 percent of women voted for Donald trump for president. A recent Pew Research survey shows approval ratings have fluctuated since then, with 32% of women saying they approve of how Trump is handling his job as president while 63% said they disapprove.