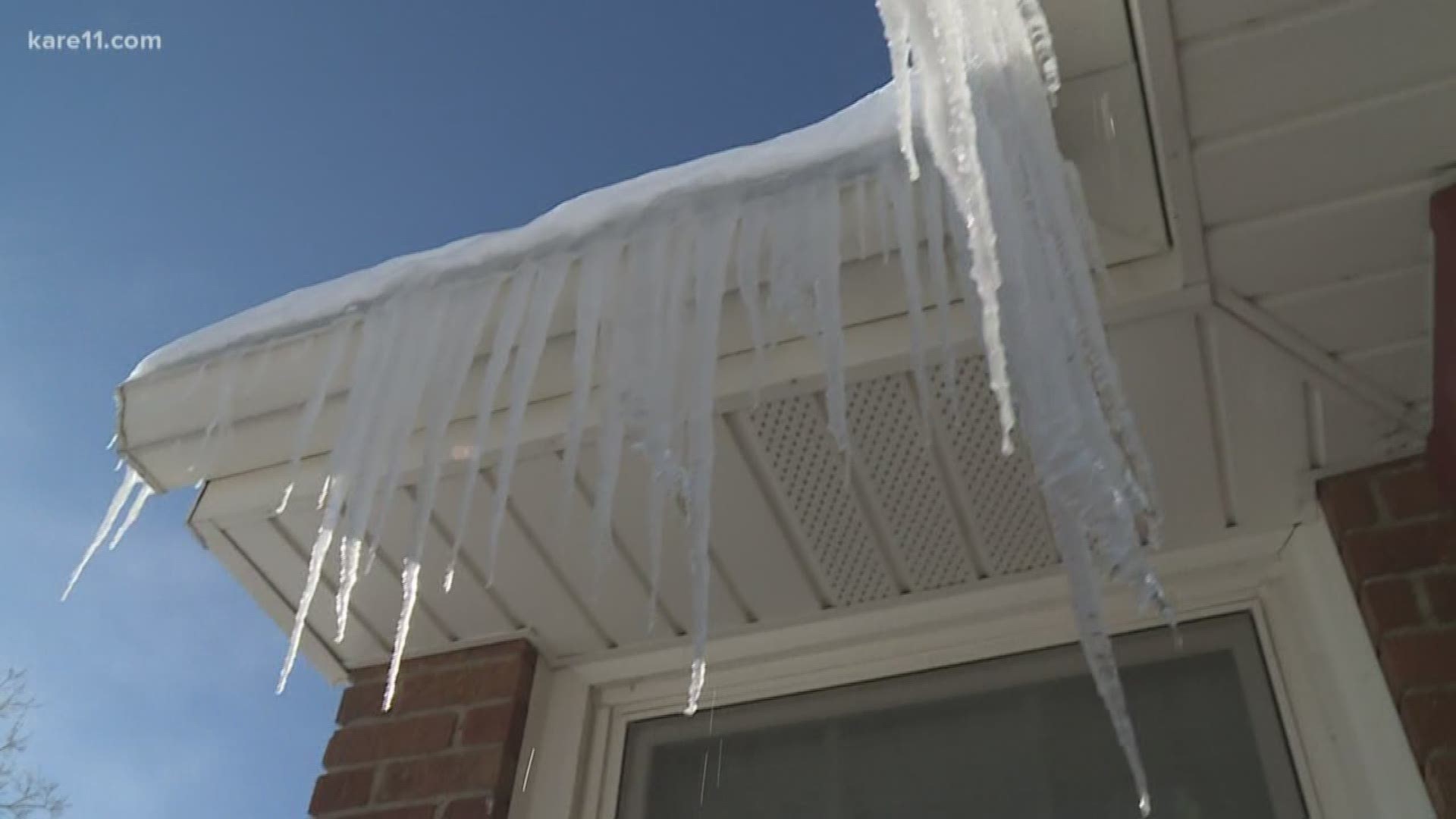 MINNEAPOLIS — Don't look now, but a winter scourge has returned.  Ice dams have started forming on homes throughout the Twin Cities - seemingly overnight.

“Really in the span of about 12 hours they can manifest themselves in a way that goes, pretty icicles to pretty big problem,” said Steve Kuhl who owns the Ice Dam Company based in Hopkins.

On Friday one of Kuhl’s crews was busy steaming an ice dam off the home of Priscilla Kinter after snowmelt cascaded into one of her bedrooms.

Based on the soaked bedding she removed, Kinter concluded, “It must have just come out like a spigot when it let loose.”

Kuhl says the situation – which started with this week’s new snow - is the worst he's seen in the Twin Cities in five years.

“We've got this sweet spot that's usually between 10 and 25 degrees which is ideal for ice dam formation,” Kuhl said.

One-and-a-half story homes are particularly susceptible, as are homes without enough insulation.

Ice dams can form when heat from inside a house seeps through and melts snow on the roof.  That snowmelt then runs down to the cooler eve and refreezes.

As the process repeats itself, water can become trapped behind the ice dam and back up under shingles until it finds a path into the house.

Using a roof rake to clear snow from the edge of your roof can help.  Raking a roof allows the sun to heat up shingles and melt snow and ice.

Jeff Rusterhotz raked his roof on Friday after clearing the driveway of his Saint Paul home.

A few blocks away, Mike Michalik employed a combination of roof raking and heat cables placed in his home’s rain gutters.

“When it gets to about 10 degrees I'll plug in the wires for both sides and it takes care of itself,” Michalik said of his approach.

If there is one thing ice dams are not, it’s predictable. Just ask Pricilla Kinter.

“Twenty-six years in this house, first time,” she said.