Brainerd's 141-foot-tall water tower is beloved by many. But the city's century-old icon has a threatened future. 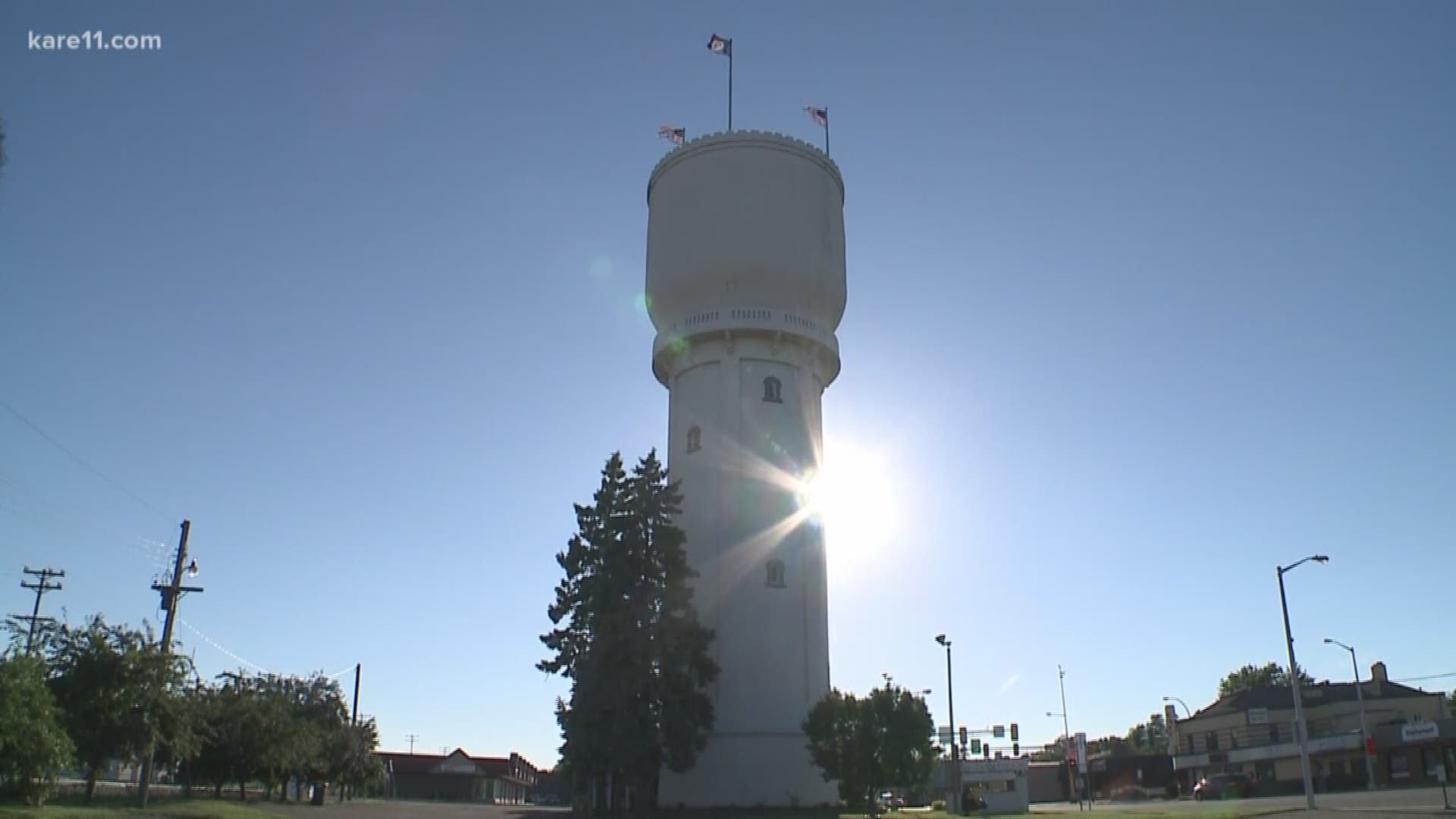 BRAINERD, Minn. – Brainerd is known for a larger than life mythical figure. But when it comes to civic affection, Paul Bunyan can’t hold a candle to the city’s historic water tower.

“Look at it, it’s beautiful,” said Mary Aegeter, glancing over her shoulder at the century-old water tower. “It’s part of the town.”

Aegeter speaks for many in her admiration of Brainerd’s 141-foot-tall icon.

But the city’s iconic water tower has a threatened future.

Large chunks of stucco have started peeled away from the exterior of the tower’s bowl, an indication of the structural damage deeper inside. “If we had to ever tear this thing down it would be devastating,” said Brainerd City Council president Dave Pritschet.

But the fix won’t be cheap. Depending on the route taken, an engineering report says renovation of the tower could cost from $2.4 million to more than and $3 million.

“It would take a heck of an effort to be able to save it,” Pritschet said.

Tearing the water tower down would be cheaper, an estimated $300,000.

But those who spoke Monday night at a packed Brainerd City Council meeting left no doubt they’d have a tough time saying good bye to a city symbol, even one replaced years ago as an actual deliverer of water.

“Call me sentimental, but some things should be kept sentimental,” Gerald Prindle told the council.

“If it’s $2.3 million or $3 million dollars get it done, and if you have to raise my taxes to do it, raise them,” Ann Nelson added.

“It’s one of those things you can look at and say that’s Brainerd,” Pritschet said.