Playworks Minnesota deals in play-based learning. Each game has a social-emotional focus, teaching kids valuable skills like teamwork and cooperation. 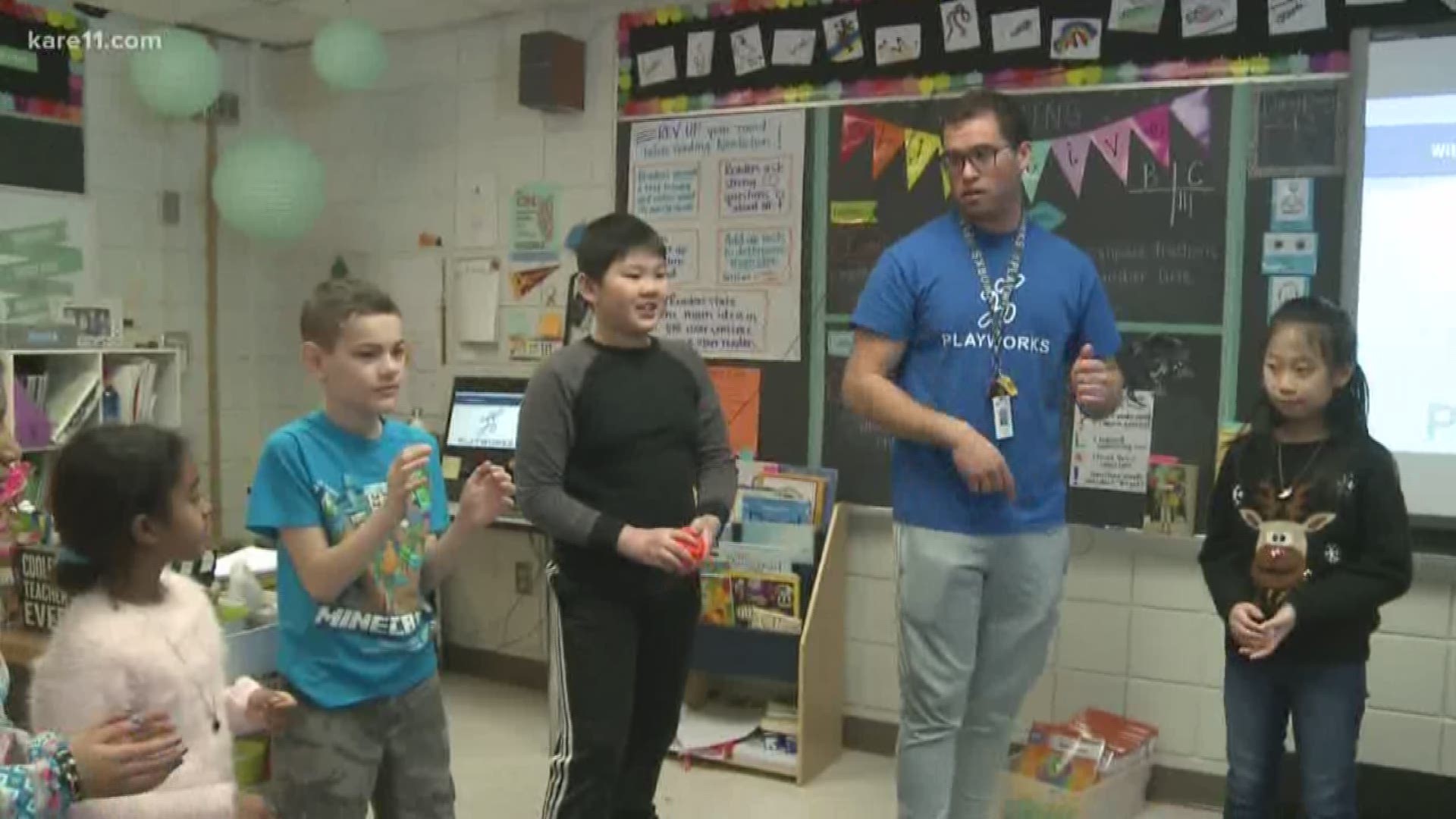 MOUNDS VIEW, Minn. — Recess could easily be chaotic, especially with more than 1,000 kids cooped up indoors because it's too snowy or cold.

But at Turtle Lake Elementary School, indoor recess is organized. And fun.

Brandon Elsner works for Playworks Minnesota, a non-profit supporting 54 Minnesota schools. His job involves visiting classrooms and teaching kids games that are both active and simple.

One such game is Recycle Ball. All you need is a rolled up piece of paper and a bin.

Teachers are encouraged to participate so they know how to run the games on days their Playworks coach isn't there.

"Kids just learn the best through play because that is their language and it's what they enjoy to do," Elsner said.

It's known as play-based learning. Elsner says each game has a social-emotional focus, teaching kids valuable skills like teamwork and cooperation.

"We help every kid have a dispute mediation process," Playworks Minnesota Executive Director Shauna McDonald said. "It's really simple. We use Rock Paper Scissors. It works great. So we both get to the ball at the same time? We rock it out."

Principal Darin Johnson has been with Turtle Lake for nine years but this is his first year working with Playworks. He says he likes the activities because every student is included, which can reduce bullying. With outdoor recess, kids tend to separate into groups.

"We had a couple of other schools in our district that had worked with Playworks last year so we heard a lot about them and it has gone really well this first year at Turtle Lake," Johnson said.

Parents can try the activities at home. Click here for a list of games to try, or visit playworks.org.

FDA chief: Feds may step in if states don't get tougher on vaccinations