Inspired by her mother, a daughter lives out her dream

As a child, Katie Bjerke watched her mother fight back from the brink of death. Now she's found a career that helps her give back. 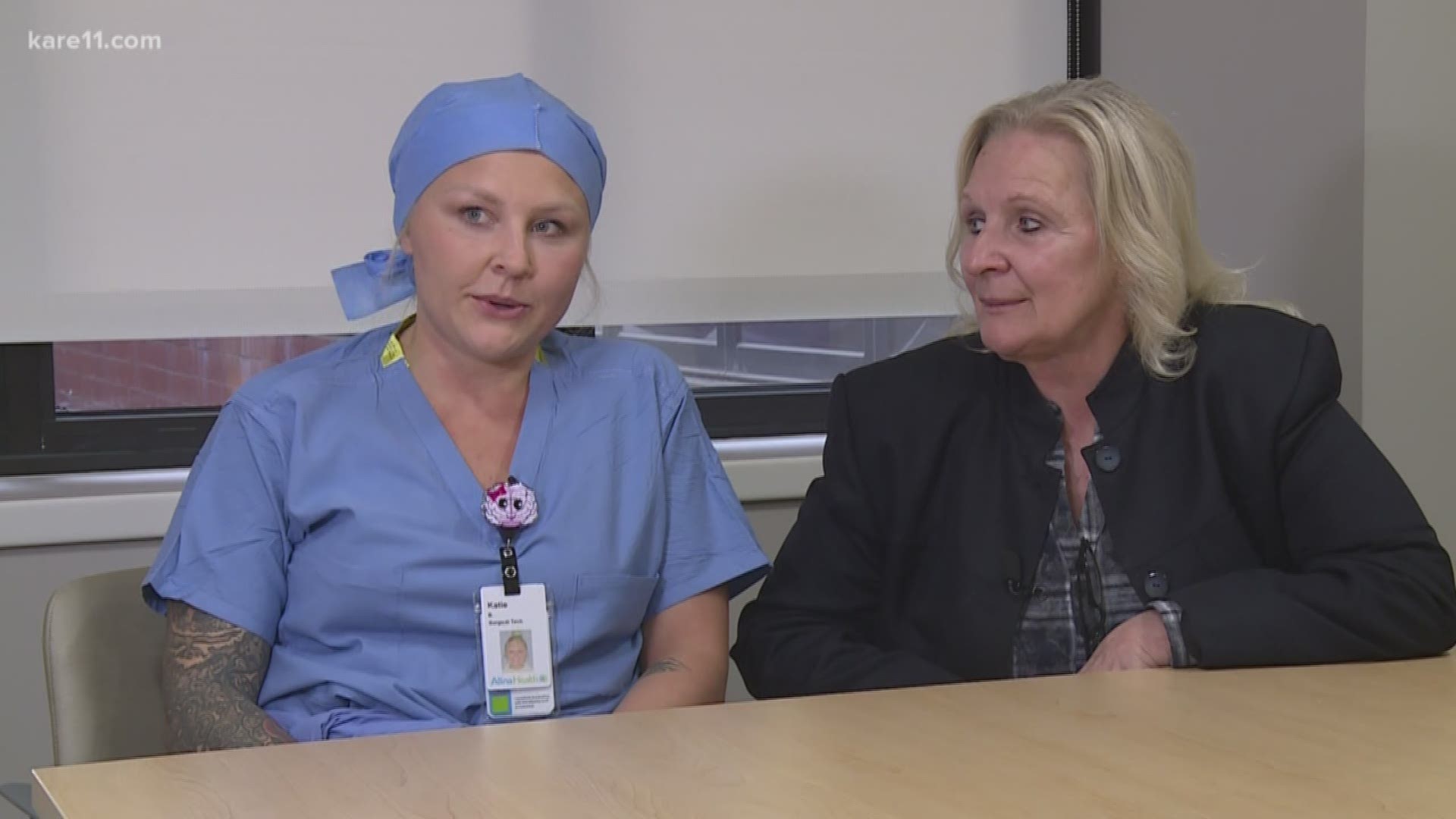 ST. PAUL - Katie Bjerke spent too many long days inside a hospital back in 2007, more than any 12-year-old should ever have to endure.

She was only in fifth grade — not even in middle school yet — when her mother, Debbie, described feeling as though a bomb had torn through her head.

It was a ruptured aneurysm. Debbie's neighbor rushed her to the emergency room in their hometown of Mayville, N.D., about 60 miles north of Fargo. Doctors could not afford to wait another minute. Without delay, they immediately placed Debbie on a 300-mile flight to St. Paul, Minn., for emergency surgery.

Her family was not far behind. When they arrived at St. Joseph's Hospital in downtown St. Paul, they found their mother on the brink of death.

"To see her in pain, and her saying her goodbyes," Katie Bjerke said, "it was really hard."

The neurosurgeon who performed the emergency operation, Dr. Eric Nussbaum, estimates that Debbie probably would have died within hours, had they not intervened.

Debbie survived. But that was only the beginning.

She would need more surgery and more treatment in St. Paul, which meant her family would not be going back to North Dakota any time soon. They stayed in the Twin Cities for much of that summer; Katie remembers having a hotel room that overlooked the ICU.

Nobody would have blamed Katie if she never wanted to step foot inside a hospital ever again. The trauma would be too much for most 12-year-old kids to handle.

But Katie was different.

"I got used to hospital life, because we were there so much," Katie said. "And I learned to love it."

So when she started thinking about a career path, the medical field made logical sense.

Katie initially planned to become a neuro intensive care unit nurse before turning her attention to another position: She wanted to become a surgical technologist. The job would allow her to assist the type of doctors who'd saved her mom's life when she was in fifth grade — particularly if she landed on a neuro team. Katie, of course, had a specific doctor in mind.

She wanted to work with Dr. Eric Nussbaum.

"I was planning on working at St. Joe's, and then I saw him last year and he said he was working at United (Hospital in St. Paul)," Katie said. "So I was like, 'well, I know where I'm applying!'"

Katie told her mom about her grand plans.

"So you want to be a surgical tech? Think you can work with Dr. Nussbaum? She had this faith," Debbie remembered, "like, I want to do this, mom."

Dr. Nussbaum soon caught wind of the idea. And he approved.

He'd stayed in close contact with Debbie throughout the years to check on her condition, and Debbie had always kept him updated on the whereabouts of her children as they went through high school and college. Now one of her children was going to school to be a surgical tech? It was a perfect match.

And Katie was no charity case. She landed the job at United Hospital right after graduation in December and thrived from the start, earning praise from Dr. Nussbaum's colleagues as a dedicated and meticulous surgical tech.

A few weeks ago, Katie finally got the news she'd been waiting for: She would begin training on the neuro team with Dr. Nussbaum himself.

"I enjoy being in the room and doing brain surgery with him," Katie said. "If he hadn't done what he did with my mom, I'd be lost. Because she is my best friend, and I love her."

If anyone understands the agony of losing a mother, it's Debbie herself: Her own mother died when she was only 13 years old. In a sense, Dr. Nussbaum not only saved her life — he also saved her family and Katie from having to suffer the unimaginable pain she did as a young child.

"It would have been so hard for her to be without me," Debbie said. "I think it's just so cool that my Katie is working with Dr. Nussbaum."

Dr. Nussbaum, for his part, has enjoyed working with Katie in the operating room.

Because it's not just a job for her.

"When I'm operating on a patient with an aneurysm, and Katie's in the room, she's completely focused," Nussbaum said. "This was her dream and she's realizing it. As a bonus, we have a wonderful scrub tech."

Katie is no longer a scared 12-year-old. She is a professional now, getting to know Dr. Nussbaum in a much different setting than she did as a fifth-grader back in 2007.

But she will never forget that summer.

"I just knew that he saved my mom's life," Katie said, "and he's basically my hero ever since then."

And now, he is a colleague.