Jill and Brian Dejewski moved from their suburban home to a mobile home park to support their work with park residents. 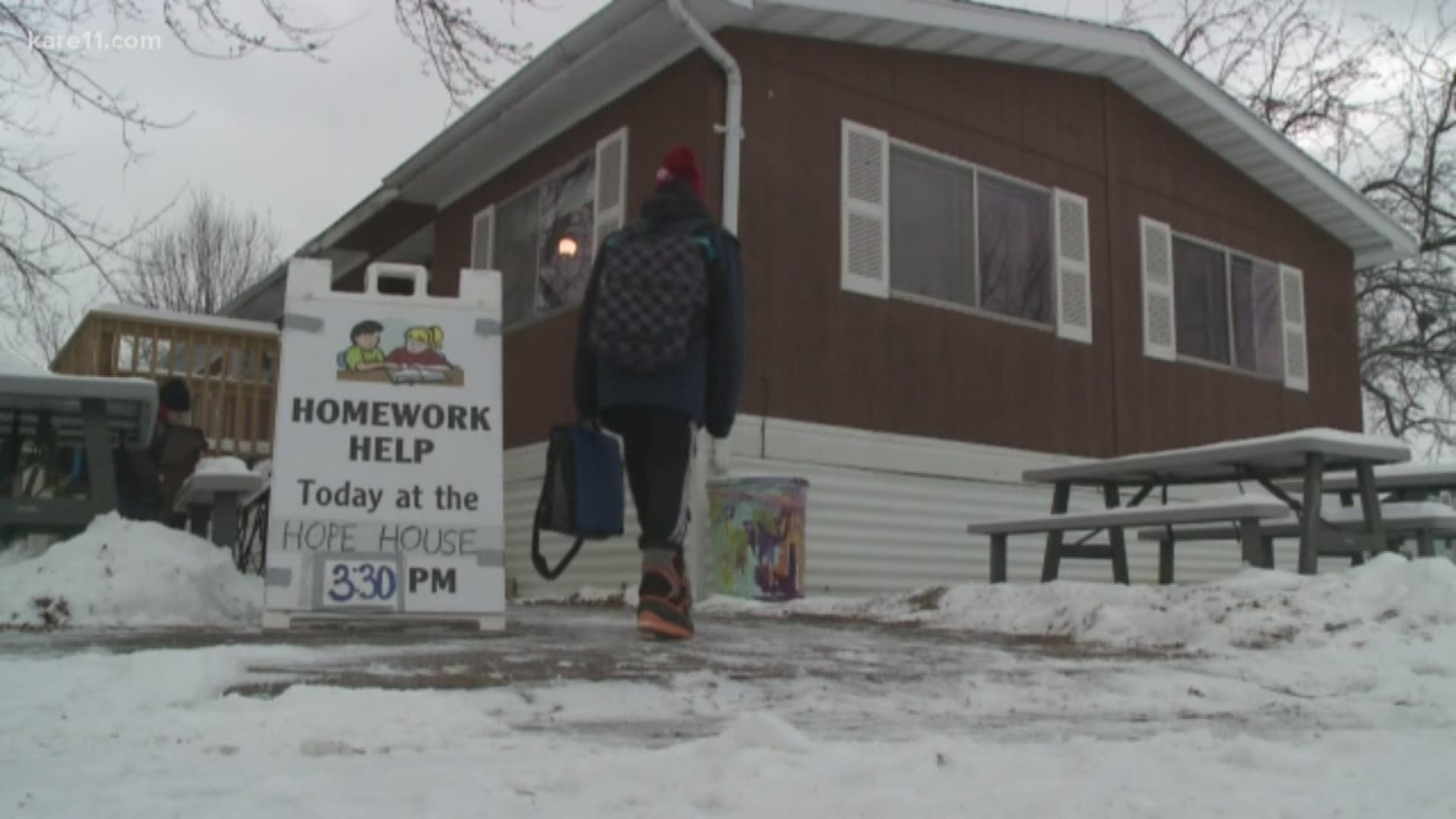 CORCORAN, Minn. — This story originally aired in January of 2015.

Reality set in for Jill Dejewski when she learned she would need to license her new home with the DMV. "I went, 'Yeah, we've crossed a line," laughs the mother of two.

Dejewski and her husband Brian had just made the decision to move their family from a two-story house in Maple Grove to a mobile home park in Corcoran.

"I thought it would be a one week thing and we'd be done," says Jill. Instead, weeks turned into years, and then a life commitment.

"She fell in love with the kids right away," says Brian, who met his wife when they were both seminary students at Bethel University.

Brian received the calling to Maple Hill a bit more reluctantly, but over time came to appreciate the mission as much as his wife.

Minnesota is home to more than 600 mobile home parks. They are places more affluent Minnesotans often drive past, but rarely into.

"There's a stigma that lays over the community that lives in a mobile home park," says Brian.

Nearly 200 mobile homes line the streets of the Maple Hill community. Surveys administered by the Dejewskis indicate more than half the park's families are living near, or below, the poverty line, with the heads of some households unable to speak English.

That's where Jill and Brian come in.

Recruiting dozens of volunteers from churches, schools and civic groups, the Dejewskis have established or expanded a series of programs to assist the residents of Maple Hill, including after school homework help, English language classes, food distribution, legal assistance and summer camps for kids.

The couple has created a non-profit organization called "Mobile Hope," with a goal of instituting the programs at other mobile home parks as well.

But it was Jill's frequent trips between Maple Hill and her home in Maple Grove, which led her to conclude her family could serve the residents of the park more completely if they moved in with them.

"I used to just bug him all the time that his was the greatest idea for us to do this," says Jill, glancing at her husband.

"There's a lot more opportunities to experience purpose in your life," Brian concluded.

The decision meant concessions. Their double-wide mobile home, purchased on Craigslist and moved from Wisconsin, has no basement, garage, or attic – all amenities they'd grown used to in Maple Grove.

Isaac and Joshua also had their own bedrooms at their home in Maple Grove. In their new home they sleep in a bunk bed in a small room they share.

"The hardest part has probably been giving up the friends," says Isaac.

On the flip-side, both boys appreciate the community basketball court a few feet from their front door, and look forward to "Taco Tuesday," a weekly community meal held during the summer months.

The boys are especially excited about their parent's most ambitious project, a brand new community center known as "Hope Center" that is nearing completion. The center will have space for educational programs, recreation and community gatherings.

The $375,000 building was made possible by contributions from individuals, the Maple Grove Lions Club and a $225,000 Community Development Block Grant secured by the City of Corcoran.

Guenthner says the Dejewskis' move to Maple Hill Estates reassured the council that the couple is committed for the long haul.

"They really believe in what they're doing here," the mayor says. "They understand the significance of leading by example, of committing yourself to a cause, and they're doing it. Frankly I wish that more of us were capable of doing that."

Amy Denneson, the principal at Rockford Middle School, has also gained an appreciation for the Dejewskis' ability to get things done. During her first year as principal she received a call from Jill. "She said, 'Hey, I am working out at Maple Hill and do you want to get together for coffee and talk.'"

Denneson says she likes to think she would have discovered the needs at Maple Hill on her own, "but it took that, 'Hey, come take a look and let's see what we can do, because I think together we can make a difference.'"

Jill and Brian have also found a friend in Barry Hay, the co-owner of Maple Hill Estates, who donated the land for the new community center.

"They have a great vision and it's been super fun watching them work and have such a great passion to continue this great work," Hay says.

Among the park residents helping paint the Hope Center's interior is Dianna Lindgren, who works as a painter, but is donating her time at the center.

Lindgren has been impressed by the ways the Maple Hill community has come together the past few years, including trips to Corcoran City Council meetings in support of the Hope Center.

"Before, a lot of us never even talked to our neighbors," says Lindgren. Now, she says, "We may not speak the same language, but we figure it out."

Juanita Gonzalez first got to know Jill and Brian during a family tragedy.

In 2013, shortly after the Dejewskis had moved to the park, Gonzalez' two-year-old grandson Henry was accidentally run over by a car driven by his aunt in front of Gonzalez' home.

The Dejewski's offered comfort, set up a fund to help the family and Brian spoke at Henry's memorial service in front of Gonzalez' home.

"I used to live in Minneapolis and no one would talk to each other," said Gonzalez, through a translator. "Here we do so much together now. If I could, I would invite everybody to come live here."

Such words are music to the Dejewskis, who hope others will be inspired to volunteer their time with mobile home residents. More volunteers will be need at Maple Hill to staff the new community center. "They're doing their best to survive, but boy they could use a hand," says Brian.

Jill notes that some of their friends have done missionary service overseas. That too, she says, is valuable work, however at mobile home parks "you have the same opportunities you would if got on a plane."

Despite a recent bout with frozen pipes, The Dejewskis say they have no regrets about their move to Maple Hill Estates.

"We're just building a better future here," says Jill, "and we're being obedient to what God's called us to do."