University of Minnesota researchers continue to study movement and habits of coyotes and foxes. 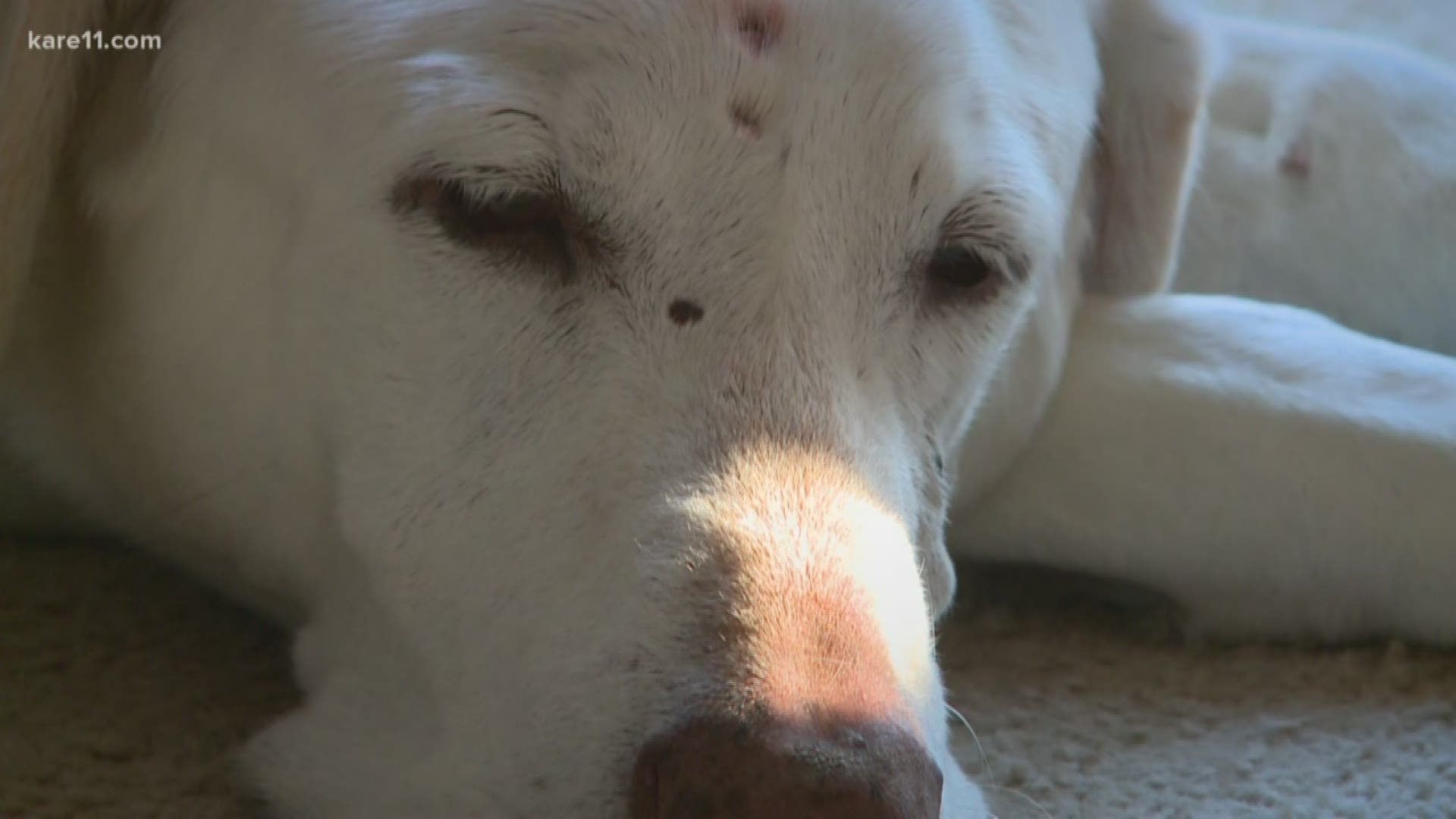 "He's like one of your kids," said Vanessa Frankot Miller, of Inver Grove Heights. "Trying to protect him as much as we can."

She's protecting him even more after she says he was attacked in the backyard of her dad's home by four coyotes.

"We saw them run off into the woods and four difference puncture wounds on his body," said Frankot Miller.

She posted on Facebook to let people know about the incident.

It's people like Frankot Miller who University of Minnesota researchers want to hear from as researchers look to track coyotes as well as foxes.

"We have almost 400 observations here, by far coyotes are the most frequently observed species," said Alex Roth, an ecologist with Friends of the Mississippi River.

His organization is partnering with the U of M on the study. Roth says there have been more than 170 reported coyote sightings in the metro so far this year. He also says attacks are rare, but that's why he's part of this study; to look into coyote and fox habits.

RELATED: U of M researchers track coyotes and foxes in the Twin Cities metro

"We see a lot of animals as they adapt to us and we just need to be able to figure out how they're doing this so we can better manage natural areas as well as their populations," said Roth.

Frankot Miller says she will do her part and keep a closer eye on Mr. Moose.

For more information on the study and how you can help click here.

OTHER NEWS: 10,000 dogs needed for largest-ever study on aging