A nationwide investigation found one in four U.S. schools don't have any counselors at all and early one in five school districts don't have districtwide, according to an analysis of the most recent U.S. Department of Education's Civil Rights Data Collection from the 2015-2016 school year. 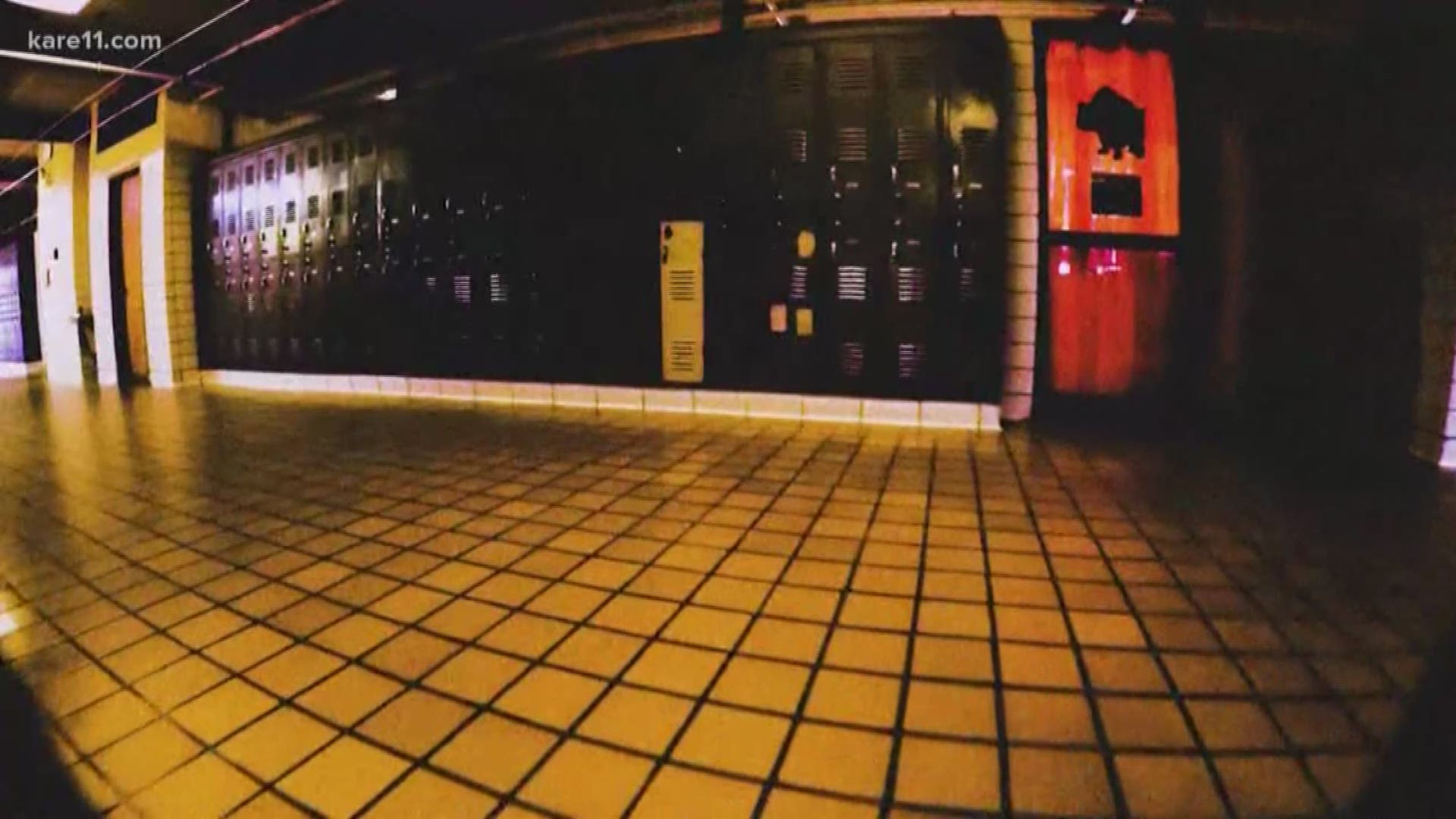 Tonight at 10 p.m. KARE 11 Investigates how the school counselor numbers stack up in Minnesota.

A self-described obese social outcast, he moved often, and as a perpetual “new kid,” the bullying at his Colorado high school left him feeling hopeless and worthless.

That loneliness and darkness led Stark to concoct a plan to turn his anger on his classmates.

“I was planning the most terrible thing in the world. I had a plan to get a gun,” he said.

“I had a plan go to in through the big glass doors of the school in the food court area and shoot as many people as I could right away.”

Before he could find gun, a friend’s kindness stopped him from carrying out his plan.

But someone else could have stopped it too.

“If there would’ve been a counselor (available) in any one of the myriad of schools I went to, it would’ve been different,” Stark said. “If I would’ve had someone who would’ve listened to me, I would’ve ran in there and told them everything. I never felt like I could be heard.”

Stark is now a 39-year-old father of four. A lot has changed since he was in school 25 years ago, but the lack of school counseling he experienced is still prevalent.

A nationwide TEGNA investigation found one in four U.S. schools don’t have any counselors at all and early one in five school districts don’t have districtwide, according to an analysis of the most recent U.S. Department of Education’s Civil Rights Data Collection from the 2015-2016 school year.

Experts and Stark believe fixing that problem will help deter future violence, but too often after a school shooting, mental health takes a backseat to “target hardening.” Schools rush to install metal detectors, security cameras and fortify classroom doors. Veteran counselors believe that approach may help defend against a shooting, but it does not assess the threat early on.

“We really need to be putting our emphasis on what happened to that student to get them to that point,” said Sharon Bey, a 33-year school counselor in Texas.

One explanation for the counseling crisis in America is many schools simply are not required to hire them. Only 31 states and the District of Columbia mandate school counselors, according to the American School Counselor Association. In 19 states, it’s not the law.

“When I hear statistics like that, I just feel very, very sad about what’s happening to those students,” Bey said.

Bey publicly warned about the lawmakers about the consequences of limited counselors this spring during a hearing in front of the Texas Senate Select Committee on Violence in Schools.

“School counselors are trained specifically to assess these situations and work with the students to identify the triggers that led to the problem,” Bey testified during the hearing.

Most states, including Bey’s, have rigorous requirements to become a school counselor, according to the American School Counselor Association. Those requirements include a master’s degree and previous teaching experience.

“Let’s face it, with the problems in society now, these kids are coming in with bigger problems at younger ages, and somebody has to work with them,” Bey said. “Who is better to do that than your school counselor? Who is the one person who has his or her hand on the pulse of that school?”

Retired counselor Diana Villarreal said students often would express their troubles through artwork. She would quickly intervene to assess the threat level and potential danger to others.

“Teachers would bring drawings that were alarming to them, and it could be a drawing of the student strangling someone or the student just drawing guns and guns, or the student with a match in his hand and the house burning down,” Villarreal said.

Sometimes, the reasons for the drawings were innocent and after a call to parents, the drawings would stop. But Villarreal recalled some especially alarming drawings from a troubled sophomore.

“His drawings were of guns and shooting people, guns in the house. And when we talked about it he readily admitted that yes, that’s all he thought about, and he could hear people telling him he needed to shoot someone,” she said. “And that time I knew he was being as honest as honest could be.”

His parents had no idea what was going on with him, Villarreal learned during a meeting with them. If she hadn’t intervened, she said she thinks may have followed “what his voices told him.”

Villarreal said it’s frightening to think of a similar scenario at a school without a counselor.

“It can escalate, and we will not see it at all,” she said.

Even when schools do have a counselor on campus, the majority are overwhelmed, according to a TEGNA analysis of national data.

The American School Counselor Association recommends no more than 250 students to one counselor, but nearly 85 percent didn’t meet that standard in the 2015-16 school year.

“Just by the sheer numbers, that’s going to take away from that counselor’s ability to meet the needs of students,” Bey said.

Villarreal said she could be assigned up to 500 students in any given year.

“I couldn’t see students – students in need, and if there was a student who came in, I would say, ‘Well, can you fill out this slip and I will get to you tomorrow,” she said.

Recent high school graduate Grace Johnson knew those slips well at her school. The college freshman is an alumnus of Santa Fe High School in Texas, where 10 people – eight students and two teachers – were fatally shot and 13 were wounded in May 2018.

“Anytime I filled one out, it would take me, like, three weeks to get in.”

Santa Fe High School is one of the vast majority of schools that don’t meet national recommendations for student-to-counselor ratios.

It had four counselors for about 1,450 students – more than 360 students per counselor – according to state and national data.

Johnson told lawmakers about her concerns this spring during roundtable discussions, and since then more money has been allocated to fund additional counselors at Santa Fe.

But the lack of counselors just part of the problem. Johnson said she often would see counselors patrolling the halls and make sure students were in class, but not actually counselling students.

Both Villarreal and Bey said they often battled with not being allowed to do her job. Counselors often are assigned to bus or lunch duty.

“The school counselor is the one person in the building that is not allowed to do the job that they are trained to do, because they’re spending their time doing so many non-counseling duties,” Bey said.

Villarreal said she once saw a counselor assigned to answer phones at the front office. The other duties were often so overwhelming that Villarreal estimated she sometimes only had one to two and a half hours a day to see students.

That lack of time can turn off those students in need, like would-be school shooter Stark. He moved from school to school and when he did encounter a counselor, he remembered they often seemed too busy for him.

“No social worker or counselor I ever spoke to growing up in school I ever felt like actually looked at me like a person,” Stark said. “They just looked at me like I was taking up time in their day and they needed to get me out of their room.”

And that can breed disaster, Stark said.

“Every day that we don’t offer these kids someone to talk to is another day that they are wallowing in their own pain and reaching that edge of violence,” Stark said. “And if we really want to stop this we need to start by listening to the kids who are actually in pain.” 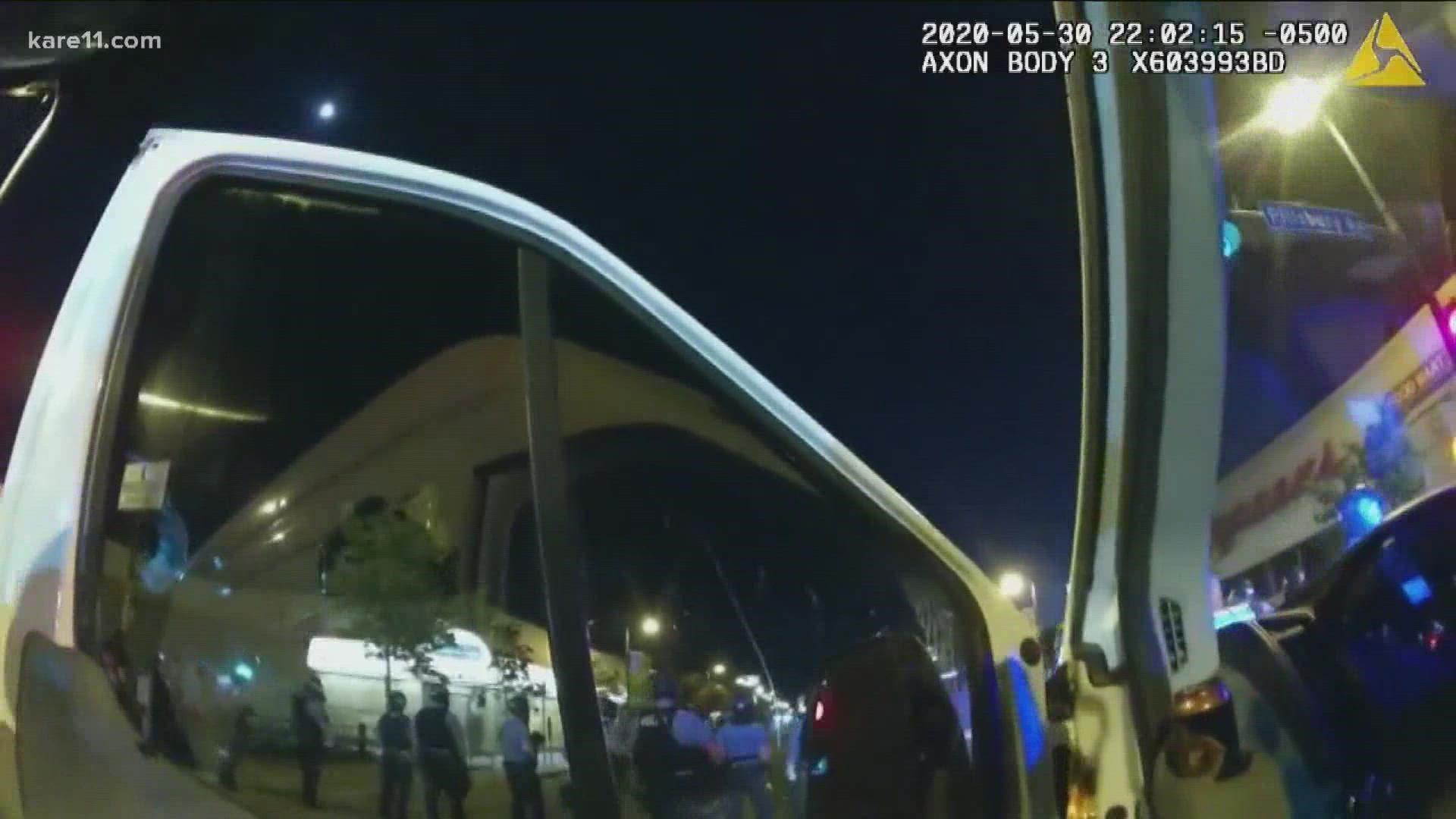