Records, surveillance tapes show Hardel Sherrell suffered for days in jail before becoming partially paralyzed and dying; his jailers thought he was faking 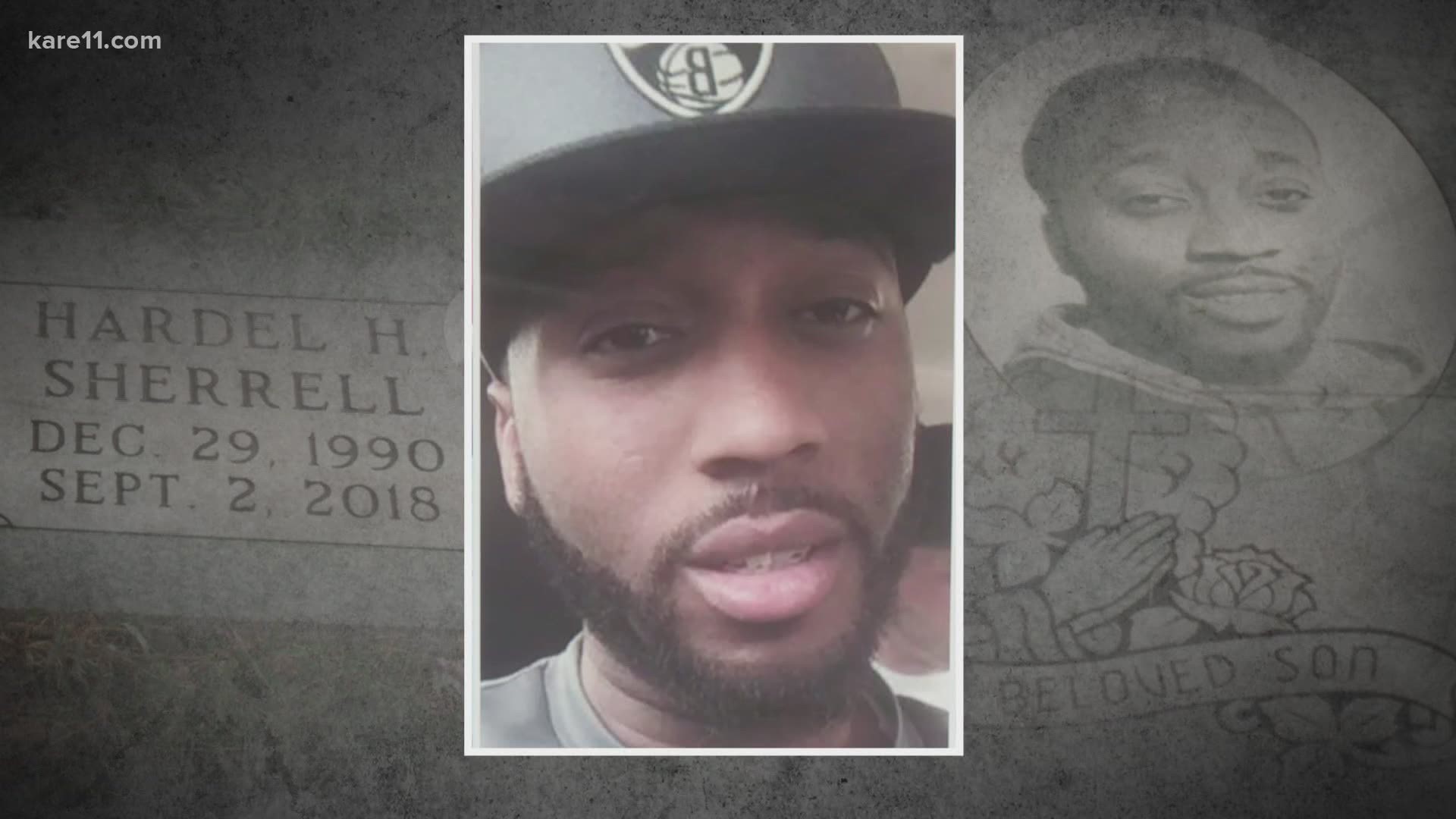 The FBI will open a criminal investigation into the 2018 death of a Beltrami County Jail inmate, Department of Corrections Commissioner Paul Schnell told KARE 11.

That case involves 27-year-old Hardel Sherrell, a father of three who according to a federal lawsuit died a slow, agonizing death while at the jail.

He became partially paralyzed while incarcerated and was unable to eat or to control his bladder and bowels. However, his jailers and medical providers wrongly believed he was faking a medical condition to try to escape.

He would ultimately die on his cell floor.

Surveillance video from Sherrell’s time at the jail shows his condition slowly deteriorating, going from being able to walk easily when first arriving at the facility, to having to use a wheelchair, to laying in his own urine and feces as he died.

Schnell called for a criminal investigation into the case last week after a DOC review of Sherrell’s death found “regular and gross violation of Minnesota Jail standards.”

The criminal investigation would never have happened if not for Sherrell’s mother, Del Shea Perry, who for nearly two years has pleaded with county and state officials to investigate her son’s death after initial inquiries found little wrongdoing.

“This was murder,” she told KARE 11 during an interview on Tuesday.

On Wednesday, Perry hoped to confront Dr. Todd Leonard, one of the men she blames for Sherrell’s death.

Leonard is the founder and CEO of the Sartell-based MEnD Correctional Care, which provides health care for more than 30 jails across the state, including in Beltrami County.

Perry and about a dozen other protesters marched in front of MEnD's headquarters, saying they demanded justice against the company along with Beltrami County and Sanford Health.

In statements and court filings, both Beltrami County and Leonard directed the blame for Sherrell’s death at Sanford Health physicians, who examined Sherrell and diagnosed him with “weakness/fatigue.”

While in jail, he was taken to the hospital. A doctor who examined Sherrell wrote that the cause for his weakness was “unclear or unknown,” according to a copy of Sherrell’s medical records. After the examination, he was returned to jail with instructions to “seek medical attention immediately” if his condition worsened.

“Because there was no medical diagnosis, we believe there is no basis for criminal charges against Beltrami County or its Corrections Officers and they will ultimately be dismissed from the civil suit,” said Attorney Jason Hively, who is representing Beltrami County.

In court filings, Sanford Health denied any wrongdoing. A Sanford Vice President said in a statement, "Due to privacy laws we are unable to comment on specific patients, but the safety of all patients and the quality of care they receive remain our highest priority.”

The Ramsey medical examiner found that Sherrell died of pneumonia and brain swelling, but a private autopsy revealed he was suffering from a rare but treatable condition called Guillain-Barre syndrome, according to the federal lawsuit. The disorder causes the body's immune system to attack the nerves.

‘Fell through the cracks’

Last week, letters resurfaced from a nurse who treated Sherrell at the jail and recommended sending him to a hospital after finding him laying on a mat wearing a diaper, drenched in his own sweat and urine.The right side of his face was drooping.

She wrote that his vital signs and an electrocardiogram taken of him were abnormal, but correctional officers “were speaking very negatively about Hardel, saying he was faking his situation.”

After his death, the nurse sent the letters to the DOC in 2018 outlining her concerns. Schnell told KARE 11 on Tuesday that the agency read the letters, but failed to act on them.

“These letters fell through the cracks. It was a failure to follow through on our part,” Schnell said.

An initial review by the DOC found little wrongdoing, but it was based only on a review of the 12-hour period before Sherrell died.

This time, the DOC looked at more than 1,000 records and jail video and concluded there were “regular and gross violation of Minnesota Jail standards,” according to a report by a DOC director sent to Beltrami County Sheriff Ernie Beitel.

Sherrell’s mother, Perry, said she’ll continue to protest until those she believes responsible for her son’s death are held accountable.

“He was crying out for help for days not a couple of minutes – days,” said Perry. “My son suffered for six long, agonizing days.”

KARE 11’s investigative team is launching its own inquiry into medical care issues and deaths in Minnesota jails. If you have information to share with team, email us at: investigations@kare11.com