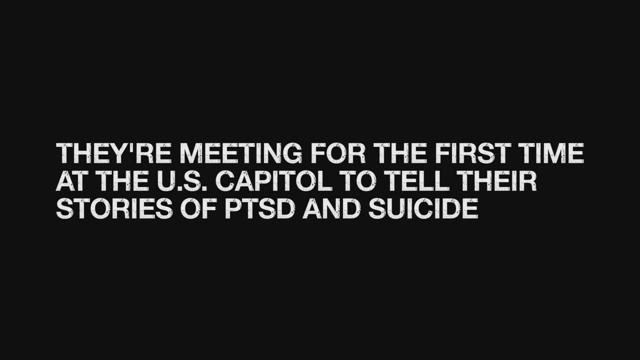 One month after the release of the digital, episodic investigation “Charlie Foxtrot,” a mom and two veterans from the series met on Capitol Hill for the first time. They did not know one another prior to being interviewed about their experiences, but suddenly they found themselves telling their stories before a Congressional audience underneath the Capitol Dome.

This trio provides insight into a problem lurking within our military system. Service members who receive a less than honorable discharge are stripped of benefits despite symptoms of mental health conditions directly linked to their service. They shared their stories before an audience of lawmakers, policy-shapers, veteran’s advocates, and journalists on a chilly night in early December.

Peggy Portwine carries around a cardboard cutout of her son, Brian, to help people link a megawatt smile to face Military Suicide. She shares Brian’s story, in the hopes of helping others who are suffering in silence.

Army SPC Nicolas Jackson got kicked out of the military after struggling with PTSD. He was slapped with an Other Than Honorable discharge, and locked out of VA care. Jackson spent 5 years appealing to upgrade his discharge before the military finally approved his petition.

Army SGT Kristofer Goldsmith spent his time in Iraq photographing dead bodies. He was kicked out of the Army after his suicide attempt.Goldsmith has spent the better part of a decade trying to upgrade his discharge in order to be eligible for G.I. Benefits.

Together, their stories helped inspire more than 12,000 people who watched “Charlie Foxtrot” to sign a petition in support of the Fairness for Veterans Act. The bill requires military review boards to consider medical conditions like PTSD and TBI in the discharge process.

11Alive presented those petitions and 12,000 names to Sen. Peters’ office. He explains that this bill will open the door for veterans with have less-than-honorable discharges.

“Now they have an opportunity to get the help that they certainly deserve and they have earned and they should feel the motivation to come forward to make sure that that help is provided to them,” he said.

“I guarantee nothing would have happened without you guys,” explained Jackson of the thousands of people who supported “Charlie Foxtrot” and the Fairness for Veterans Act.

He got choked up while thinking about it, “You changed so many. Changed history.” 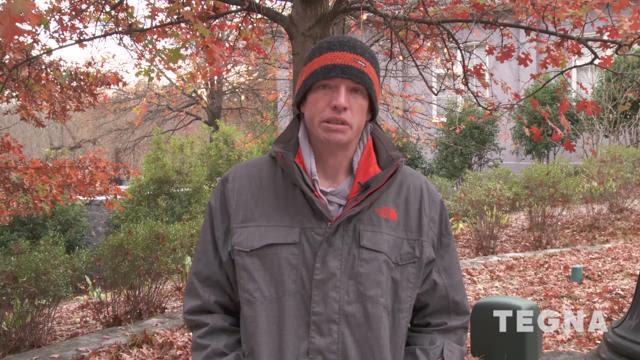 The bill now heads to President Barack Obama for his signature.

You can watch the entire Charlie Foxtrot series at MissionCharlieFoxtrot.com.