“We’re looking into it,” said Congressman Tim Walz. “I think after your report we’re going to ask the IG (Inspector General), as we always do, to look in a little deeper and see if this is systemic." 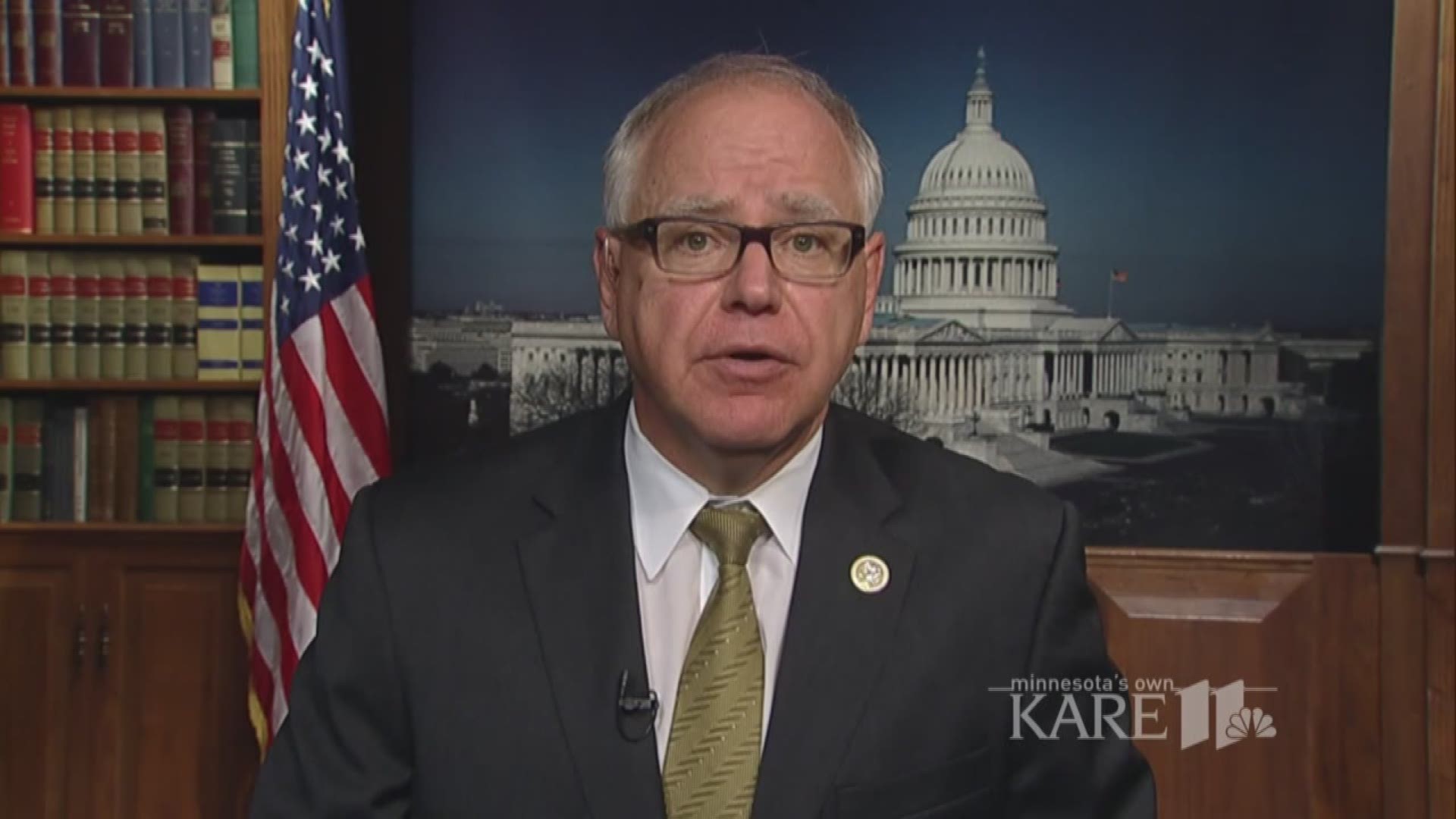 MINNEAPOLIS - Congressman Tim Walz (D-MN) said he is asking the VA Inspector General to open an investigation into how the Department of Veterans Affairs (VA) is handling claims for emergency medical care.

A KARE 11 investigation exposed how veterans are being saddled with medical debt they should not owe – some of it even turned over to collection agencies – after trips to the emergency room.

“We’re looking into it,” Walz said. “I think after your report we’re going to ask the IG (Inspector General), as we always do, to look in a little deeper and see if this is systemic, and try and figure out how deep it goes.”

In many cases, government regulations require the VA to pay for a veteran’s medical care at non-VA hospitals in emergency situations.

Current and former VA staffers tell KARE 11 that medical claim processors at the VA are pressured to review complicated files in just minutes.

To meet performance goals, they say it’s quicker to deny claims than to take the additional steps needed to approve payments.

“We are accountable for speed,” one VA insider told KARE 11 in an exclusive interview. “We were told to pick-n-click and get them moving.”

After KARE 11 began investigating, the Minneapolis VA recently reversed their denials in the cases of two Minnesota veterans. In one case, the VA originally denied a claim for an emergency room visit to a private hospital even though the veteran thought he was having a heart attack.

In another, the VA originally refused to pay when a veteran went to a non-VA emergency room even though the veteran says that’s where he was instructed to go when he called a VA triage nurse.

KARE 11’s ongoing investigation has documented a pattern of denials that raise questions about how well the VA is processing emergency care claims and whether thousands of veterans nationwide are being left liable for millions of dollars in unpaid medical bills.

RELATED: A pattern of denial: One veteran's story

“When you point out a story like you ran, I think it warrants looking at it,” Walz said. “Let’s figure out if this is a problem either in staffing, or if there is a cultural issue forcing quantity or look good, over actually being good. We should find that out."

Our investigation started after a tip from a viewer. If you have a suggestion, email us at:
investigations@kare11.com