KARE 11 Investigates: With his license on the line, doctor at center of jail deaths faces judge

A judge will make recommendations to the state Medical Board about whether to discipline Dr. Todd Leonard, whose company oversees care for thousands of inmates. 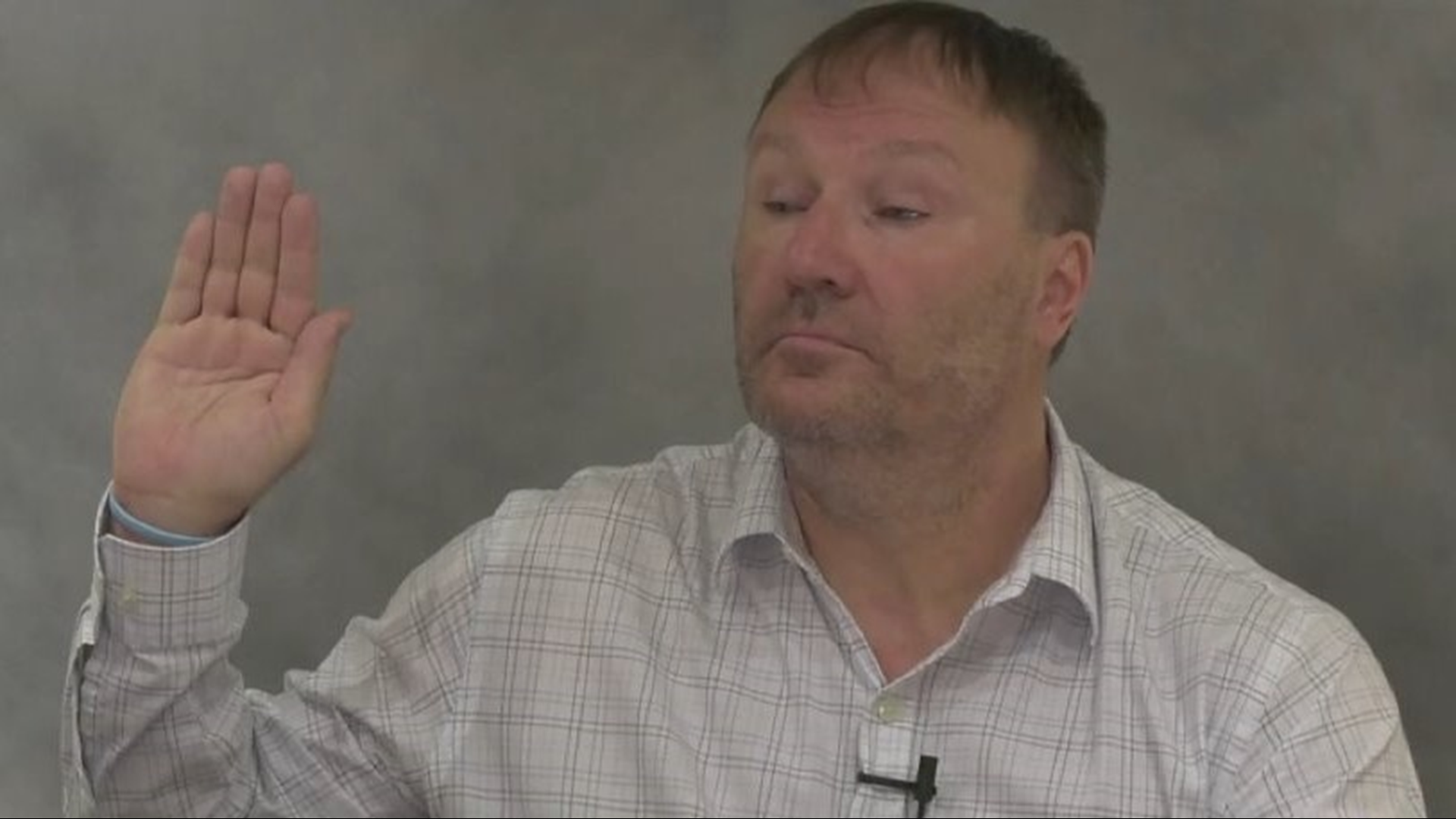 ST PAUL, Minn. — A controversial doctor under investigation by the state Medical Board spent Monday before an administrative law judge in a hearing that could result in the loss of his medical license.

Dr. Todd Leonard was the focus of a complaint made to the Minnesota Board of Medical Practice following the 2018 death of Hardel Sherrell. Jail video showed Sherrell lying in his own filth in a Beltrami County cell while paralyzed and in agony.

Leonard’s company, MEnD Correctional Care, provides inmate health care to Beltrami County as well as a third of Minnesota’s county jails, by far the largest provider in the state.

Stephanie Lundblad, a former MEnD nurse practitioner who cared for Sherrell three days before he died, filed the complaint against Leonard with the Medical Board. She alleged that despite Sherrell’s deteriorating condition, Dr. Leonard never saw him.

Leonard appeared Monday at a hearing closed to the public in front of Administrative Law Judge Ann O’Reilly, who will make a recommendation to the Medical Board as to whether any action should be taken against Leonard.

The Board is not bound by O’Reilly’s recommendations and can either accept, reject or follow part of them.

Unless the Board sanctions Leonard, none of the records pertaining to the agency’s investigation will be made public.

‘Could jeopardize his company’

Lundblad was among those who testified at Monday’s hearing.

In an interview with KARE 11 in May, she said it was clear that Sherrell was suffering and needed medical care.

“It looked like a man that was suffering, that was sick, that was dying,” she told KARE 11’s A. J. Lagoe.

She ordered him sent to a hospital, then finished her shift, not knowing that he was discharged and sent back to the jail.

She said she learned of Sherrell’s death two days later in a meeting with Leonard.

She would later write in her complaint to the Medical Board that Leonard acknowledged being warned “Hardel was deteriorating” but never saw him because he thought Sherrell was “faking his illness.”

She wrote that he told her “not to jump to conclusions” because that “could jeopardize his company.”

She said that she resigned immediately.

“I felt like I had witnessed a murder,” she said.

This is not the first time that Dr. Leonard has been investigated by the Medical Board, which would call his conduct “unprofessional and unethical” after reprimanding him in 2011. The Board said Leonard failed to keep adequate medical records and had “inappropriate prescribing practices” while he was a family practice physician.

By that time, Leonard had left that area of medicine and founded MEnD Correctional Care, which has grown substantially over the next 10 years, and as of last year, cared for an average inmate population of 2,700 a day.

As MEnD has grown, so too have the number of complaints and lawsuits filed against the company, many of which allege inadequate care led to preventable deaths.

Because complaints involving a doctor’s license are handled in secret, it is unknown whether evidence concerning other suspicious deaths involving Dr. Leonard’s company were part of the hearing.

KARE 11 has reported about allegations of denied medical care in the deaths of Abby Rudolph, Bruce Lundmark and James Lynas, all in jails where MEnD was the medical provider.

Since 2015, records show at least 25 inmates have died where MEnD was the care provider, KARE 11 has found.

In a statement issued last July, the company said:

“By way of context, over the last decade, we have provided quality medical care to thousands of individuals in correctional facilities across the upper Midwest. Over this time, we feel that we have made a tremendously positive impact on our individual patients, and our industry as a whole. The work we do is challenging, but it needs to be done with compassion, care and professionalism. We work hard to live up to those standards and are proud of the quality healthcare that we have delivered.”