A phony war hero exposed by KARE 11 who has been accused by women across the country of using fake identities to steal their money has been caught in a sting in Texas. 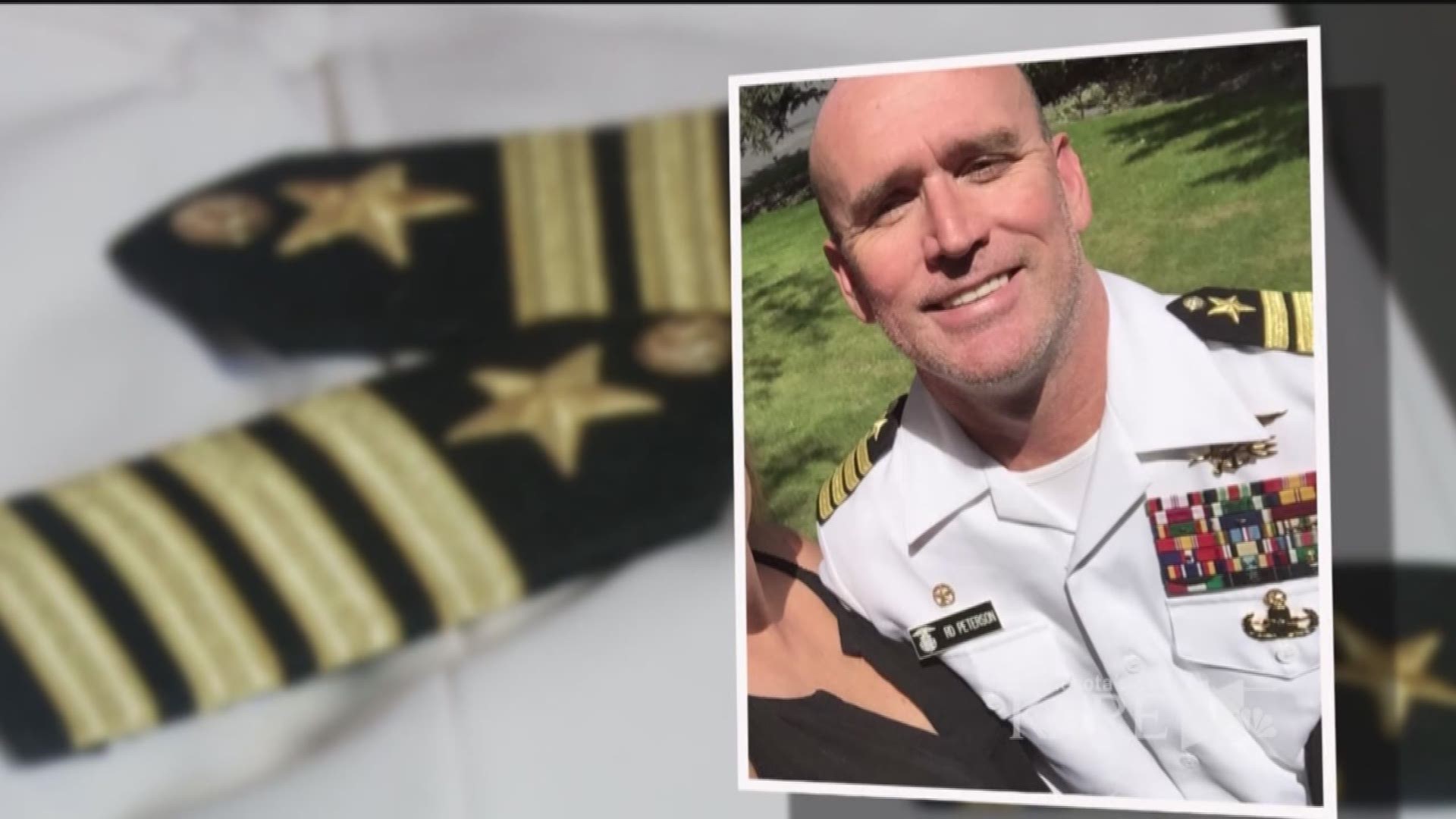 THE COLONY, TEXAS - A phony war hero exposed by KARE 11 who has been accused by women across the country of using fake identities to steal their money has been arrested again.

This time, it could lead to federal charges.

Police in Texas, with the help of the U.S. Navy NCIS division, arrested Derek Mylan Alldred, 46, in a sting Thursday afternoon.

Alldred was booked on charges of credit and debit card abuse. A woman from the Dallas, Texas, area says she met Alldred online and he told her he was a Navy pilot and a professor named Rich Tailor. She provided photos to KARE 11 showing the military IDs, uniforms, flight suit and mask he left at her home.

The woman told police from The Colony, Texas, that Alldred stole her credit cards and racked up thousands of dollars in charges. In a Facebook video, police warned women in Texas to be on the lookout for Alldred, saying “He likes to get on dating sites, meet women and scam them out of their money.”

It is a familiar story to more than 10 other women across the country who say Alldred lied to them to gain access to their finances. Last year, KARE 11 profiled women in Minnesota who said Alldred had posed as a Navy Seal with a Purple Heart named Richard Peterson.

One Woodbury woman named Linda claimed he cleaned out her life savings.

Another Brooklyn Park woman said Alldred had posed as a lawyer, opened a credit card in her name and racked up more than $15,000 in charges.

Police did not charge him in those cases and Alldred went on to meet women in other states, including a woman in Arizona. He was convicted of stealing from her, but skipped town before his sentencing.

Alldred has warrants out for his arrest in Minnesota and Arizona.

He had previously been convicted of posing as a doctor and swindling the St. Paul Hotel.

But when the Texas woman came forward in May, police took the case a step further, charging him with felony credit and debit card abuse and forwarding the case to Navy NCIS investigators to investigate the Stolen Valor charges.

Another woman named Tracie, also from the Dallas area, said NCIS contacted her because she was also dating the man posing as Rich Tailor.

Tracie says she helped set up a sting Thursday at a hospital where Alldred was taken into custody. After learning about his history, she called the arrest “sweet justice.”

“This is for all the ladies that he has done horrible things to,” Tracie told KARE 11.

If NCIS files charges, they will be federal. That has some of his alleged victims hopeful this traveling swindler may finally wind up behind bars.

“It’s frustrating that it feels like the court systems don’t take this kind of crime seriously and they keep allowing him to run,” said Linda.