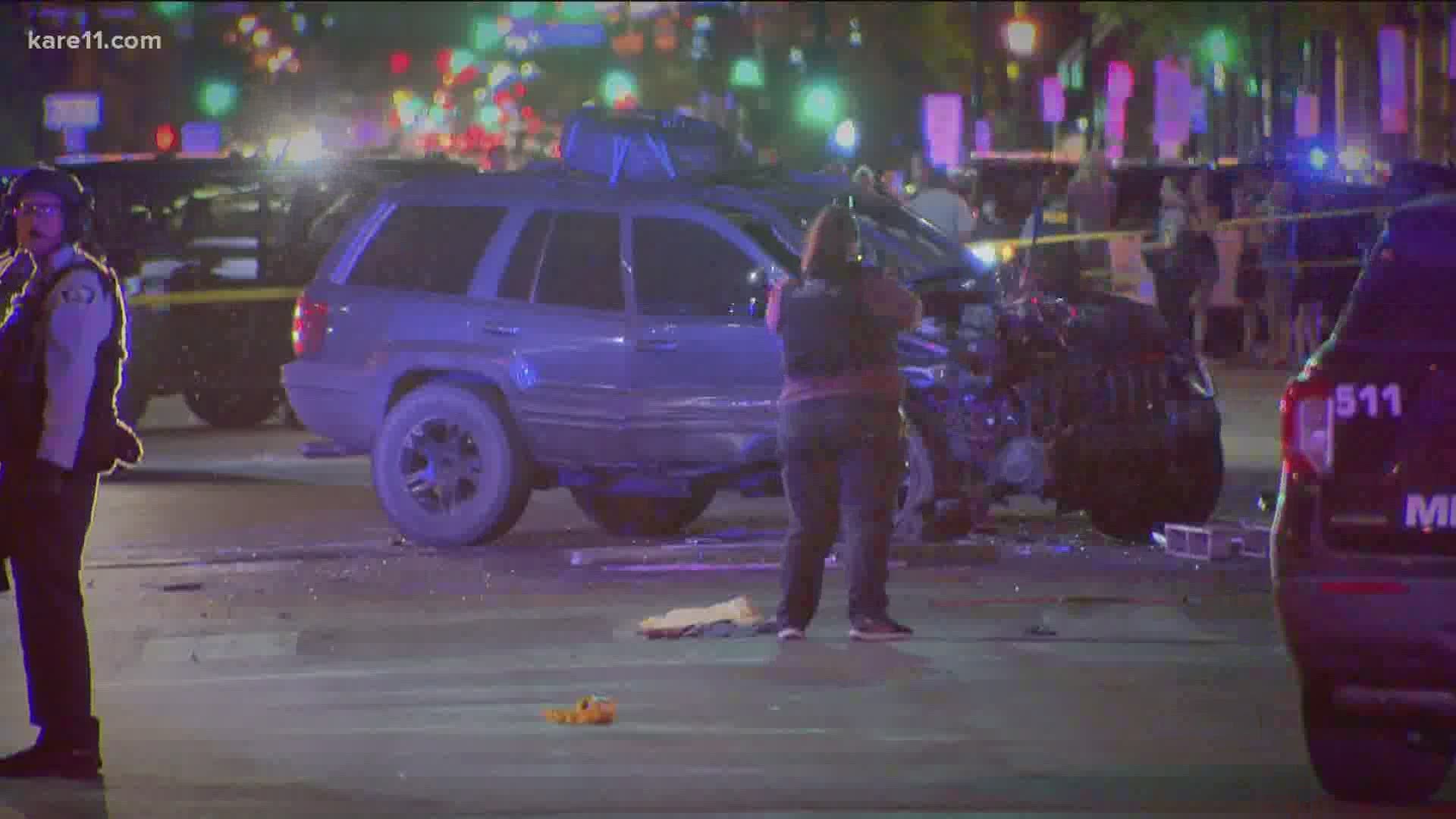 On June 13, a Jeep SUV plowed into a peaceful protest in Uptown. A young woman died.

Two innocent people dead.  And two men – both with histories of drunk driving and revoked licenses – now accused of killing them.

Their cases are raising new questions about whether Minnesota too often lets dangerous drivers go free.

“I think a lot of times traffic law enforcement is looked at as maybe a lesser crime,” said Don Marose, a retired state trooper who chairs the Minnesota Advisory Board for Mothers Against Drunk Driving.

Consider the case of Nicholas Kraus who was charged in the Uptown crash.

Court records show Kraus had DWI convictions dating back 14 years. Even after his fifth conviction a judge cut him a break. Anoka County Judge Thomas Fitzpatrick stayed a 48-month state prison sentence, gave him credit for time served in a county jail, and placed him on probation for seven years.

While he was still on probation, records show Kraus was cited twice for driving after his license had been cancelled. But those sentences were also stayed by judges in McLeod and Chisago counties.

Bobby Frank Brookins is accused of running over the 14-year-old boy in north Minneapolis last week.

Before that accident, court records show Brookins had been convicted of two DWI’s and arrested ten different times for driving after his license had been revoked or suspended.

In most of the driver’s license cases, records show Brookins would get a ticket, but fail to pay the fine or show up for the court hearing.

So, what was his punishment?

Instead of jail time, in most cases the court simply sent a notice to the Minnesota Department of Public Safety to suspend his already-revoked driver’s license.

Credit: KARE 11
Instead of jail time, courts often sent a suspension notice for an already-revoked license.

In 2019, when Brookins was convicted of his second DWI, he got another break. Court records show Hennepin County Judge Bev Benson ordered him to serve just 30 days of a one-year sentence in the county jail. He was placed on probation for four years on the condition that he have “no driver violations.”

After that sentence, records show Brookins was ticketed three times – in 2019, 2020, and again in 2021 – for driving after revocation.

Even though he was still on probation, there is no record Brookins was ever sent back to jail.

“It makes you shake your head sometimes, wondering ‘What can we do?’” said MADD’s Don Marose.

The answer, in his view, is to take driving laws seriously – before more innocent people die.

“Unfortunately, sometimes high profile tragedies like these gets it into people’s conscience, where they say maybe it’s time we need to do this – and fix this,” he said.