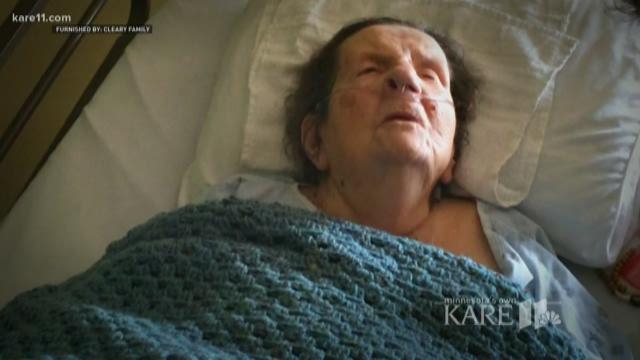 Dr. Edward Ehlinger had headed the department since 2011.

Ehlinger’s resignation comes in the wake of charges that the department has failed to properly investigate reports of abuse and neglect in senior care facilities.

Since May, KARE 11 has been investigating complaints from families that state investigators left them in the dark about – or failed to investigate – complaints about their loved ones.

“Why are we continuing to hear about the abuse neglect and harm to our senior population?” State Senator Karin Housley (R-St. Mary’s) asked last week during a news conference.

Flanked by other lawmakers, she demanded an investigation of Department of Health leadership after reports the state was mishandling complaints.

In one case, KARE 11 described how workers had been caught on video verbally abusing and threatening a patient with dementia.

In another, an elderly woman was sexually assaulted by an aide who was supposed to help her.

But KARE 11’s investigation discovered that, too often, the state doesn’t even investigate complaints.

Records obtained by KARE 11 showed how care facility workers left Mary Cleary for 19 hours with two broken legs before they sent her to the hospital.

“They laid me there and I didn’t have anything really that I could do except cry and yell,” she told her family in a cell phone video before her death.

The state closed that case without even doing an investigation. Records show it was just one of thousands of reports the state failed to investigate.

In 2016, the state received more than 24,000 reports of abuse and neglect. But records reveal Ihe vast majority of them – more than 23,000 – were never fully investigated.

In a statement released after the resignation announcement, Senator Housley said: "While the resignation of Commissioner Ehlinger is a step forward, there is much work to do to restore the trust of the most vulnerable Minnesotans.”

Several weeks ago, the Governor ordered that the Minnesota Department of Human Services’ Office of the Inspector General provide the Health Department assistance in improving the management of its investigations of elder neglect and abuse.