MEnD Correctional Care gets another multi-million, taxpayer-funded contract to provide health care for inmates without disclosing its troubled past 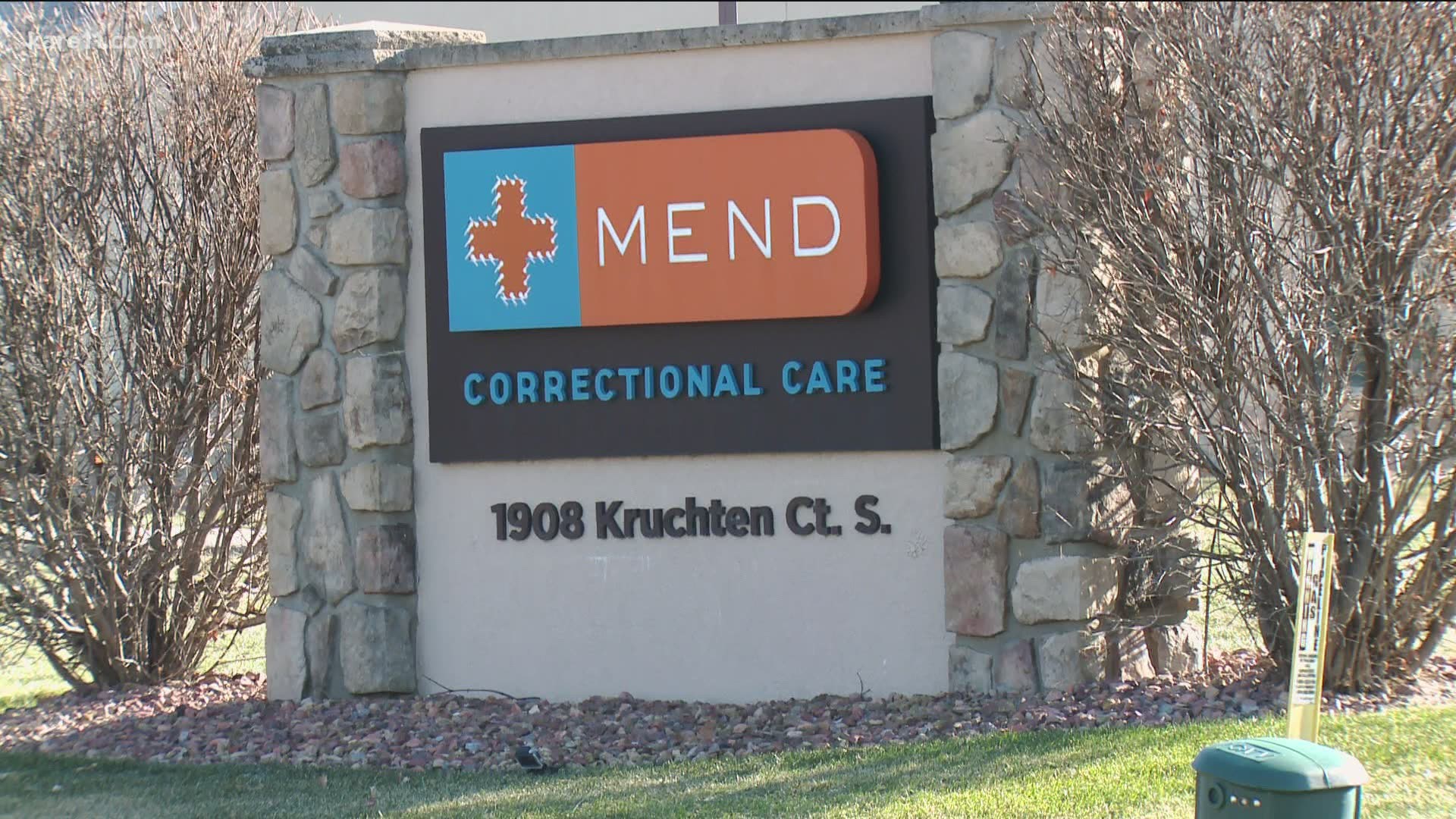 The owner of Minnesota’s largest jail health care provider failed to disclose his – and his company’s – troubled history when he applied for and won a multi-million dollar contract to provide medical care for inmates at the Anoka County jail, records show.

KARE 11 obtained the contract specifications and MEnD’s responses through a public records request.

The documents required each bidder to provide detailed information about past problems.

One section required bidders to provide “information concerning any complaints filed with or by professional and state or federal licensing/regulatory organizations within the past ten years.”

The bidders were also required to disclose “information about pending litigation or litigation resolved” during the same time frame.

MEnD Correctional Care won the contract, worth more than $7 million, last fall even though records show it failed to make all of the required disclosures.

KARE 11’s investigation began after Lindsey Helgeson, a former Anoka public health nurse, asked KARE 11 to investigate. She lost her job as a jail nurse when the county switched providers.

“There was false information we feel like they went on to make their decision,” Helgeson said.

Anoka County had previously used public health care providers before making the decision to go with an outside, for-profit contractor.

The records reveal that MEnD failed to tell the county about its most costly lawsuit at the time.

The family of a Stearns County inmate who died under the company’s care reached a $1.45 million settlement in 2015.

MEnD paid $850,000 of that total according to attorney Bob Bennett who represented the family in the lawsuit. Bennett says MEnD’s owner Dr. Todd Leonard knew about his company’s role in the settlement because he participated in the settlement negotiations.

Despite that, MEnD’s bid documents make no mention of the lawsuit or the large settlement.

Records also reveal that MEnD failed to disclose complaints regarding another inmate death.

After Hardel Sherrell died in the Beltrami County jail in 2018, a whistleblowing jail nurse filed complaints with the Minnesota Department of Corrections and the state Medical and Nursing boards.

In the wake of that whistleblower complaint, Minnesota Attorney General Keith Ellison has asked the FBI to investigate the jail death.

Not the first time

This is not the first time MEnD has failed to disclose its troubled history in a bid to land a lucrative taxpayer-funded contract, despite a requirement to do so.

When Olmsted County was looking for a new health care provider in 2015, the county asked all applicants if they had any lawsuits pending. Despite a case being filed the year before, Leonard left that question unanswered.

What’s more, the county also asked if any “current staff ever had their license suspended, revoked or put on conditional status?” Records show Leonard responded: “I am pleased to share that our staff have never had any of those disciplinary situations develop while performing their duties and services for our company.”

Public records show that the Minnesota Board of Medical Practice disciplined Dr. Leonard himself in 2011 for what it described as “unethical and unprofessional conduct, failure to maintain adequate medical records, and inappropriate prescribing practices.”

KARE 11 asked Olmsted County Sheriff Kevin Torgerson last year if he or the county were aware of MEnD or Leonard’s history.

“I certainly was not,” Torgerson said.

Asked by KARE 11 why he didn’t disclose his own disciplinary history to Olmsted County, Leonard responded in an email:

“Our answer to Olmsted County was based on an assumption that the question applied only to staff working on a daily and direct basis with Olmsted County and is thus accurate.”

Dr. Leonard is listed on contract documents as the Olmsted jail’s Medical Director and only doctor.

After KARE 11 began asking questions about the disclosures MEnD failed to provide when it bid for the Anoka jail contract, an open records request revealed that MEnD submitted additional information on Jan. 6, 2021 – three months after the contract had been awarded.

In a statement, MEnD said nothing specifically about the incomplete and misleading information the company provided in the Anoka County contract. Instead, the company criticized KARE 11’s reporting, saying “these unfounded and unwarranted attacks are irresponsible and dangerous.”

MEnD’s response continued: “They make the work we do each day even more challenging. They falsely undermine the confidence of the public that their tax dollars are being used appropriately and that law enforcement is carrying out its responsibilities humanely and compassionately,” the company said.

Anoka County has one of the state’s largest jails with more than 200 inmate beds, but county officials declined to be interviewed on camera for this story.

In answers to written questions, a county spokesperson said the county “engaged in due diligence in the evaluation and negotiation of this contract.” However, Anoka County did not provide details about whether they had discovered MEnD’s misleading disclosures before awarding the multi-million-dollar contract.

MEnD Correctional Care, which has grown over the last decade to provide health care to a third of the state’s jails, declined an interview.

Court records show there was a $2.3 million settlement in the case in December.

MEnD paid $1 million of that without acknowledging wrongdoing.