KARE 11 Investigates: Case that should have prevented George Floyd’s death

What happened to promised training? After George Floyd’s death, the family of another man who died from being kneeled on by MPD officers asks if training occurred. 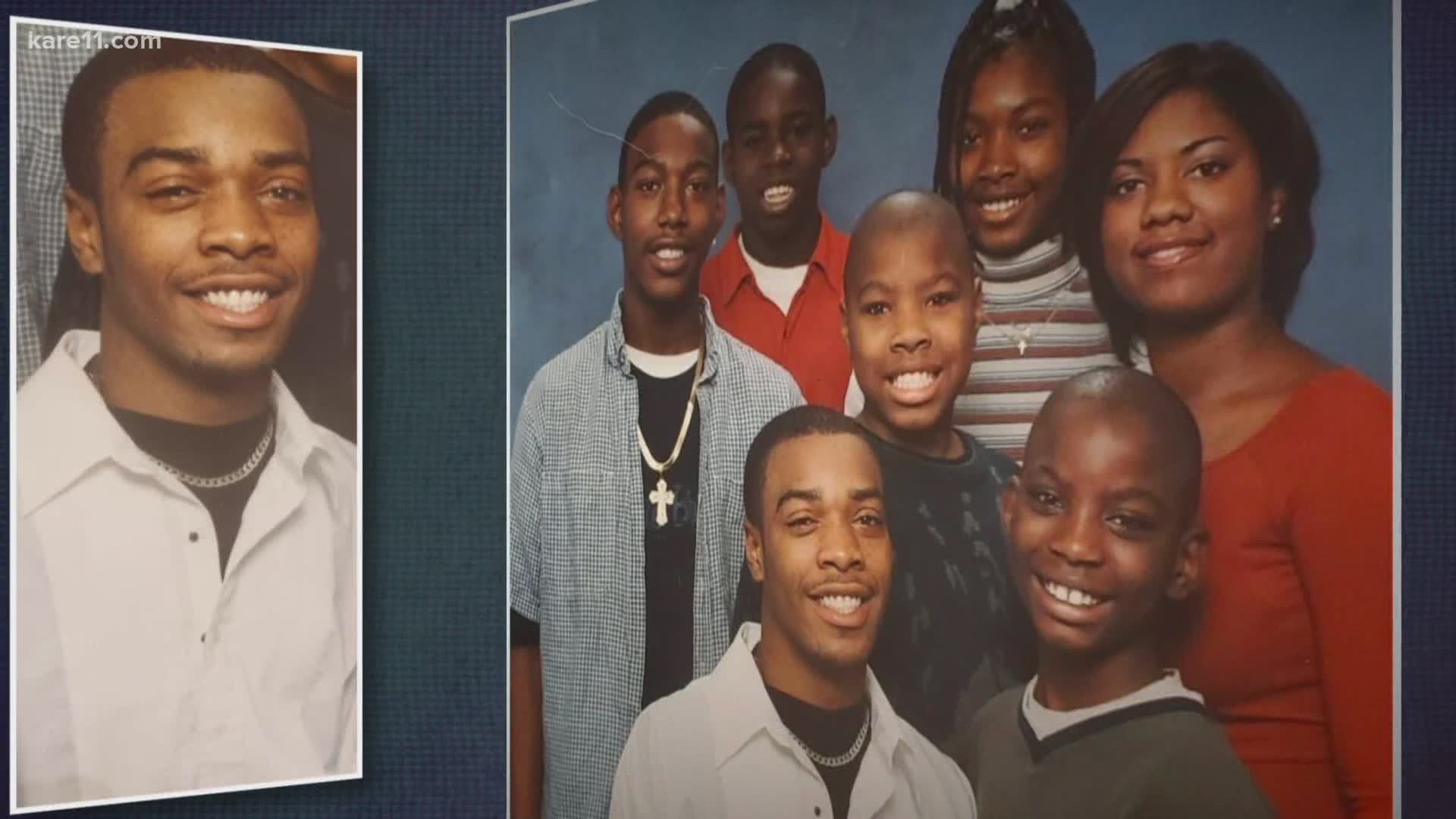 MINNEAPOLIS — The video of Minneapolis officers kneeling on a black man while his life ebbed away was something Angela Smith never expected to see again.

She thought her family’s story had made a difference.

“It was unbelievable,” Angela said. “I felt like, how could this same thing happen again when we did everything possible to make sure that it didn’t.”

Angela wants to know if the Minneapolis police department kept its promise to better train officers after her brother David died – like George Floyd – from being kneeled on while face down, unable to breathe.

“But we really didn’t, we didn’t make a difference because if we did George Floyd would still be alive,” she told KARE 11.

To understand that weight Angela carries, you have to know about her younger brother.

David Smith was a 28-year-old who loved poetry and acting. He was diagnosed as bi-polar in college, but his family says he didn’t let it define him and was living a happy, productive life.

"He was amazing, and he meant so much to us," Angela said.

David committed no crime, but his behavior at the downtown YMCA in 2010 raised red flags for staff and the police were called.

The incident escalated into a struggle. Video shows it ended with officers kneeling on David Smith’s back for about four minutes.

An officer can be heard saying, "I don't think he's breathing."

Smith’s autopsy shows he died due to “mechanical asphyxia” caused by prone restraint – being held face-down with weight on his back.

It’s a dangerous practice police officers have been warned about for decades.

A 2003 training video from the NYPD shows that the risk of prolonged kneeling on a person was well known. “Persons on their stomach can’t breathe with pressure applied to their backs,” the trainer says.  “As soon as suspects are handcuffed, get them off their stomachs, turn them on their side.”

A copy of Minneapolis police policy from 2002 also spelled it out: “When ANY restraint technique is used on a subject, the subject shall not be left in a prone position and shall be placed on their side as soon as they are secured.”

Smith’s family vowed to make sure Minneapolis police were even better trained about the dangers, so they filed a lawsuit against the city.

While it was still pending, the police department appeared to be taking action.

An administrative announcement dated April 23, 2012 issued by Lt. Todd Gross, MPD’s Director of Training states, “A training video on Positional Asphyxiation has been posted on the MPD Training unit website for officers to review. This video serves as a reminder that whenever a subject is restrained, there is a direct correlation between their ability to breathe and the position their body is in.”

The announcement goes on to state, “Supervisors: Please show this video at roll call.”

But Smith’s family wanted to make certain the training was done.

When the family settled their multi-million-dollar wrongful death lawsuit against the City of Minneapolis, part of the agreement said the city would “require it’s sworn police officers to undergo training on positional asphyxia.” It was due to start in 2014.

“The expectation was that during the 2014 training cycle, the entire department would be trained on the risks associated with this type of positional or mechanical asphyxiation,” said Jeff Storms, a Minneapolis attorney who represented the Smith family.

Angela thought the additional training would prevent another family from suffering as they had.

Credit: KARE 11
Angela Smith says "It's like my brother died all over again."

“And so when we saw George Floyd die, and we saw him cry out for his mom in his last moments of his life and saw people in the video standing by and nobody did anything to stop it – my heart broke. It's like my brother died all over again,” Angela said with tears streaming down her face.

Immediately after George Floyd’s death, KARE 11 asked MPD if the training mandated in the Smith settlement actually happened. We got no response.

Later, during a press conference, Minneapolis Police Chief Madaria Arradondo was asked about training in the wake of the Smith case. He failed to say whether it had actually occurred.

“But in terms of Mr. Smith’s family, we will obviously look at our training. Continue to look at it,” Arradondo told reporters.

“You guys are asking questions now, going: “What happened to this promised training?” asked KARE 11 investigative reporter A. J. Lagoe.

“Yes, yes, what happened to it?” Angela said. “And even when we asked them, they still didn’t respond.”

Angela says if MPD truly trained its officers as promised in court, she believes George Floyd would still be alive.

“If they enforced what they said they would do, he would not be dead. The world would not be grieving the way that we are.”