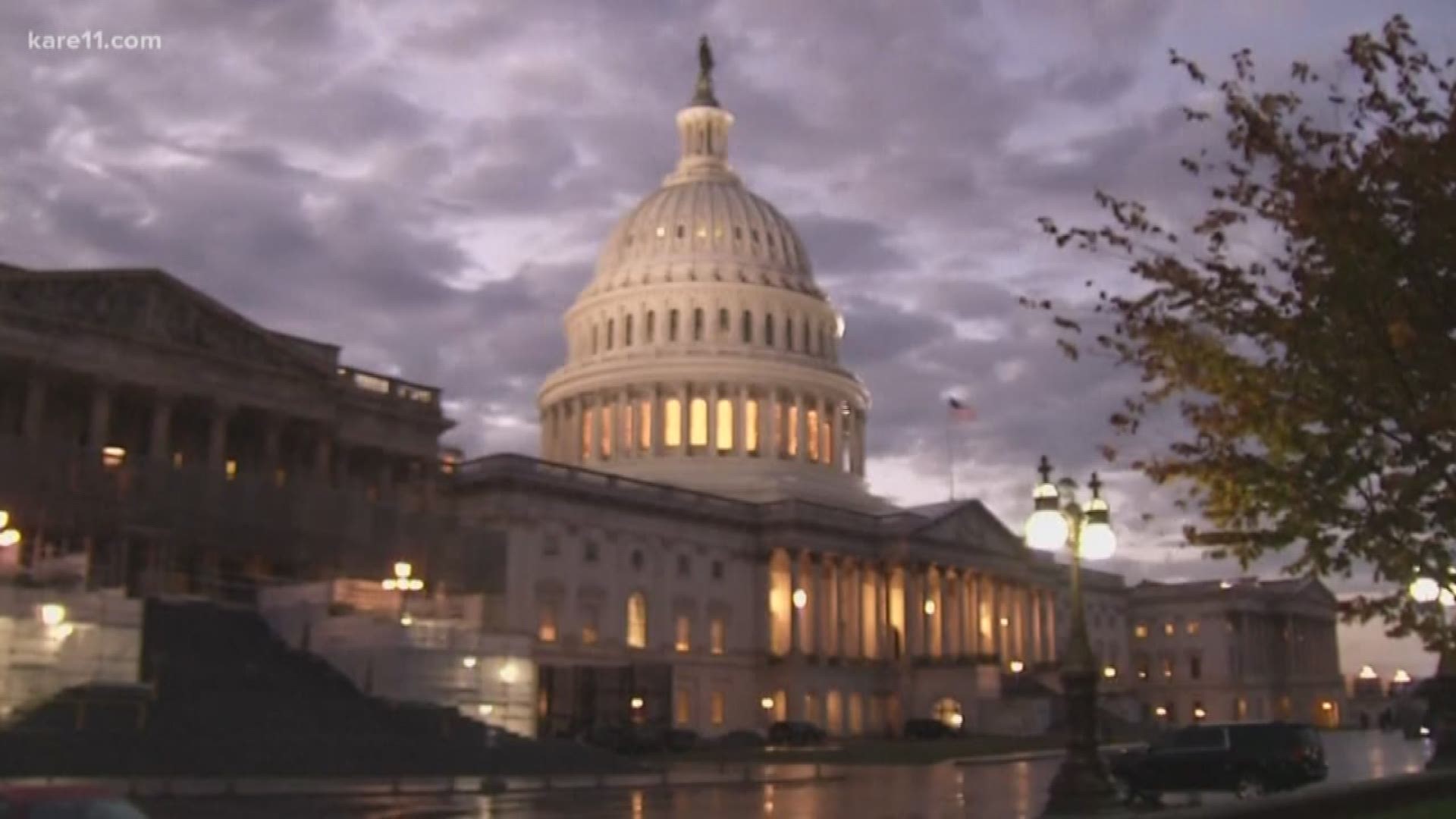 WASHINGTON — Members of Congress united across party lines to demand answers about how the Department of Veterans Affairs plans to refund hundreds of millions of dollars owed to tens of thousands of disabled veterans.

In a letter sent to VA Secretary Robert Wilkie, a bipartisan group of 17 lawmakers from both the House and Senate asked for a detailed "plan of action" to repay $286 million to veterans who were overcharged when they participated in the VA Home Loan Guaranty Program.

“We are writing to raise our significant concerns regarding hundreds of millions of dollars in funding fees owed to our nation’s veterans by the Department of Veterans Affairs (VA),” the lawmakers said.

The letter – also signed by the chairs of two Congressional subcommittees which oversee the VA – is the latest development in the wake of an ongoing KARE 11 investigation.

In June, the VA’s Office of Inspector General (OIG) issued a report labeling what took place “troubling.” The OIG investigation found that veterans were not notified they were due refunds – and the overcharges continued.

Now, lawmakers are pressing the VA to take immediate action.

“It is totally unacceptable that tens of thousands of our nation’s heroes were charged enormous sums of money that they didn’t owe because of negligence at the VA,” said Representative Mike Levin (D-CA), Chair of the Veterans’ Affairs Subcommittee on Economic Opportunity. “The men and women who have served our country deserve better, and the VA must correct this situation immediately.”

The government estimates that more than 50,000 veterans nationwide are owed money, including Roger Roath of Lakeville, Minnesota.

He’s had ringing in his ears ever since. So, in 2011, he applied for a disability rating with the VA. After an initial denial, he appealed.  His claim was eventually approved, but it took time.

Veterans who use the VA program are generally required to pay what’s called a "Funding Fee" – up to 3.3 percent of the loan amount. In Roger’s case that added up to thousands of dollars.

Since Roger’s disability claim was still pending when he refinanced his VA loan, he had to pay the fee both times he refinanced.

Credit: KARE
Roath enlisted in the Navy during the Vietnam War and served on an aircraft carrier.

Unfortunately, he says he didn’t know about that until he saw KARE 11’s investigative report in May detailing the problem in the VA’s Home Loan program.  And he is not alone.

A whistleblower provided KARE 11 internal VA records that revealed a bombshell. Disabled veterans across the county who were owed home loan refunds weren’t always getting them, according to an analysis of funding fees done back in 2014 by employees at the VA’s St. Paul Regional Loan Center.

Multiple VA insiders, speaking on the condition of anonymity to protect their jobs, said that high ranking officials at Department of Veterans Affairs headquarters in Washington, D.C., were informed of the issue five years ago.

The OIG investigation confirmed KARE 11’s findings that the managers had been warned about the outstanding debts owed to veterans and did nothing to rectify the overcharges.

“Disturbingly, as of January 2019, Loan Guaranty Service management had not taken action to issue refunds to these exempt veterans,” wrote VA Assistant Inspector General for Audits and Evaluations Larry Reinkeymer.

What’s more, since officials didn’t act when they were alerted about the problem in 2014, the overcharges have continued.

“OIG finds it troubling that senior VBA management was aware that thousands of veterans were potentially owed more than $150 million yet did not take adequate actions to ensure refunds were issued,” wrote Reinkeymer.

The refund amounts veterans are owed are often substantial. The average funding fee charge was $4,483, with the largest topping out at $19,470, according to the OIG report.

"This is a large amount of money for the individual veterans," the lawmakers' letter to the VA Secretary reads. "It is unclear when veterans will see their reimbursement."

Read lawmakers' letter to the VA Secretary below or click here:

Not only do the Congressional leaders want detailed information about when veterans will be reimbursed, but they’re also asking how the VA plans to implement the necessary financial controls to prevent additional overcharges.

They gave VA a deadline of June 28th, to provide a briefing on the "plan of action."

Congressional sources tell KARE 11 that to date, VA has not responded.

The Department of Veterans Affairs in Washington D.C. Credit: KARE 11

Since April 26, KARE 11 has been requesting interviews with VA officials about the refunds owed to veterans. They have not responded.

But after failing for years to take action, the VA suddenly issued a press release on May 13, just two days before KARE’s first report, announcing major reform efforts are underway. The release also said VA is conducting an ongoing internal review looking at millions of loans dating back to 1998 to determine if additional refunds are needed.

“It is unsettling to hear that VA mistakenly charged veterans millions of dollars in home loan fees they didn’t actually owe,” said House Committee on Veterans’ Affairs Chairman Mark Takano (D-CA). “I call on VA to rectify the situation as soon as possible - our veterans deserve so much better.”